You know Natalie Morales even if you don’t know you know Natalie Morales. She played Lauren Cruz on the first and gayest season of White Collar; Meg on (the very underrated sitcom) Trophy Wife; Tom Haverford’s brilliant and adorable girlfriend on Parks and Recreation; and dozens of other people in dozens of other things. And now you know one more thing about Natalie Morales: She’s queer! She came out today in a heartwarming essay on Amy Poehler’s Smart Girls blog, complete with childhood photos and such a concentrated dose of optimism that reading it felt like lying in a pile of puppies.

Would you look at this: 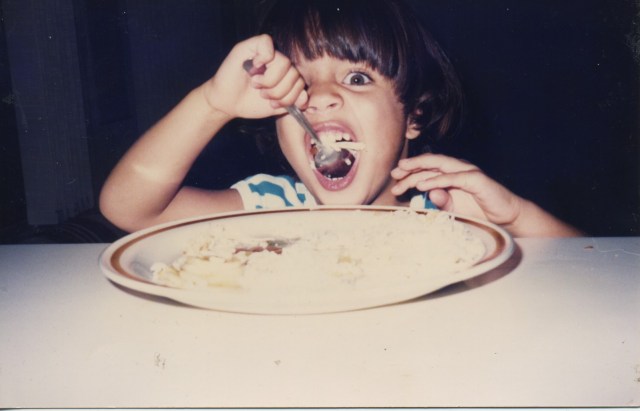 Anyway, the whole post is wonderful and I really think you should read it. I think it will make you feel good in your heart parts. But if you can’t spare the time (ten minutes, is all!) right now, I’ll sum it up for you: Natalie fell in love with her bisexual best friend in high school and they carried on a secret courtship that ended so dramatically Natalie thought she was dying. Also she thought probably she was going to hell, due to growing up in the Catholic church. But as she grew up she realized she’s attracted to people regardless of gender and she’s been out as queer for a while in real life and wants to be out now in public life because things are getting better but they’re still not exactly safe or easy for LGBTQ people.

I know this isn’t some big, life-shattering revelation that everyone will be shocked by. The reason I decided to share this with you and with the world is because even though me telling you I’m queer might not be a big deal these days, things are still pretty bad out there for people like me. There are gay concentration camps in Chechnya where people are being tortured right this second. In our very country, 49 people were killed and 58 people were wounded just last year because they were dancing in a gay club.

Our safe spaces are not safe. I think it’s important that I tell you that this familiar face you see on your TV is the Q part of LGBTQ, so that if you didn’t know someone who was queer before, you do now. I also think it’s important that if there are any scared kids out there, like I was, I can tell you that whole “It Gets Better” campaign is true. It does. And you’re not weird. You’re not bad. You’re not unholy. You’re exactly what God intended you to be. You are exactly what you are supposed to be, because nothing is supposed to be anything except for what it is, even if not everyone understands that. You are an essential part of the world just as you were created, and I want to see you. The real you.

This is a very nice bookend to Pride month. Welcome (publicly) to the family, Natalie Morales! Pro-tip from a professional lesbian: Everybody looks good in our black Gender Traitor t-shirt.