It may seem easy for Harry Potter star Daniel Radcliffe. He has all the money in the world. Everyone knows and loves him. Of course, that last part is precisely the problem, as it is for all child stars. He’s had to make it through his entire adolescence and young adulthood — the most awkward years of a person’s life — with the whole word watching his every move.

Plus, Radcliffe was the face of the children’s series of Generation Y and the highest-grossing film franchise of all time. Not only do the Potter stars need to worry about their own reputations, but also setting a good example for actual children — a constantly-moving goalpost. In the past year, another set of high-profile young actors, the stars of Glee, dealt with controversy after racy photo-shoots in GQ and Cosmopolitan drew the ire of conservative parents. And sure, there were some in the “morals ‘n’ values brigade” who were likely dismayed by Daniel Radcliffe’s naked turn in Equus.

But overall, Radcliffe, along with co-stars Rupert Grint and Emma Watson, had always seemed above the influence, pictures of propriety as child stars go. Yet, a new interview with Radcliffe, to be released in the August issue of the British GQ, reveals that not all was well at Hogwarts. 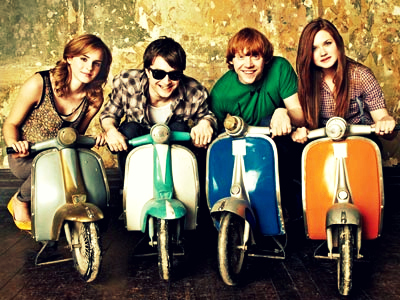 In the interview, excerpted at The Telegraph, Radcliffe reveals that he struggled with alcoholism, culminating during the filming of Half-Blood Prince:

Radcliffe said his life went off the rails for a period when he turned 18… “I became so reliant on [alcohol] to enjoy stuff,” Radcliffe said, adding that he had also become “complacent” about his job. “There were a few years there when I was just so enamoured with the idea of living some sort of famous person’s lifestyle that really isn’t suited to me.”

Radcliffe eventually realized “he had to change his ways” and went cold-turkey; he has been completely sober since August 2010. Of this he says: “I’m actually really enjoying the fact that I can have a relationship with my girlfriend where I’m really pleasant and I’m not —-ing up all the time.” 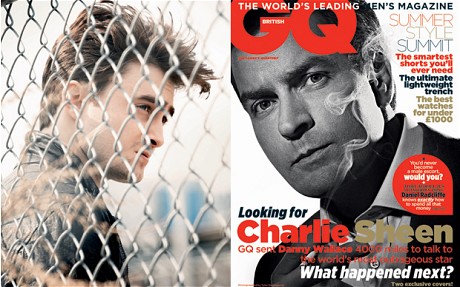 One thing that really struck me about Radcliffe’s redemption story is how different it is from so many others. Unlike, say, Lindsay Lohan, Radcliffe likely isn’t concerned over how he can maintain his clubbing schedule without indulging in the occasional cocktail. He sounds like an introvert, someone who was never really a “party person” to begin with: “I’d just rather sit at home and read, or talk to somebody that makes me laugh. There’s no shame in enjoying the quiet life. And that’s been the realization of the past few years for me.” Radcliffe makes it clear that the “party” persona was largely an act, designed to fit a certain ideal of the “Hollywood” lifestyle; when asked what he would tell his younger self, he says, “Don’t try too hard to be something you’re not.”

In a way, it’s not difficult to see why Daniel Radcliffe, or any child star, would succumb to the hard-partying stereotype: It’s an unmistakable way to show that one is an adult, or at least on the road to becoming one. It forces the public to accept that the fresh-faced kid they knew is no more. It’s become cliché to discuss how this innocence/adulthood dichotomy affects female stars and their sexuality — but it doesn’t just affect girls. When a young male star is as high-profile as Radcliffe is, the barrier between childhood and adulthood, between eternal typecasting and a full career, can be just as rigid — requiring its own drastic measures to break. The media generally delights in these “trainwrecks” but nobody’s laughing when self-destruction leads to permanent consequences, as it has recently for former child stars Corey Haim and Brad Renfro. 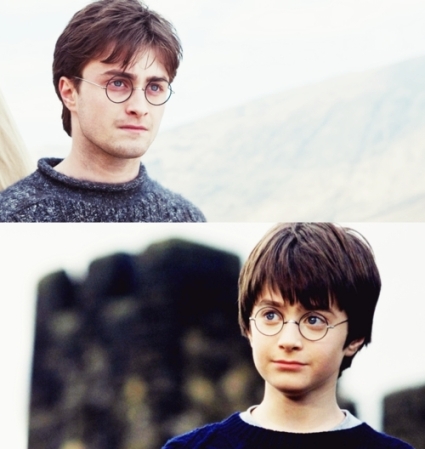 I’ll finish this article with a confession: Daniel Radcliffe is the one and only male celebrity crush I’ve ever had. While I’m a fairly solid Kinsey 3 in real life, the only celebrities who do it for me are women for some reason. Except Daniel Radcliffe. Back in the summer of 2004, I developed a huge crush on him after buying a bunch of fan magazines before the release of Prisoner of Azkaban – where I found out that we liked the same books, and the same ‘70s punk bands! Clearly, we were a match made in heaven because OMG WE HAD SO MUCH IN COMMON!

Of course, I couldn’t have been more wrong. My various personal demons aside, I had a relatively normal adolescence. Meaning, I had lots of room to f*ck up. As an overachiever with a serious fear of failure, I didn’t like f*cking up, but nevertheless it happened, repeatedly, and each time I was able to pick myself up and start again. That’s part of what it means to be a young person: Multiple chances to mess things up, and reinvent yourself, over and over, without ruining your life or leaving any permanent stains on your record. But most of Daniel Radcliffe’s life has been defined by Harry Potter. Which meant no room for the typical teenage screw-ups. Which meant no time to really be a kid.

Radcliffe is now doing fairly well. His work with the Trevor Project has made him into a strong ally for LGBT youth, and he’s currently starring on Broadway in How to Succeed in Business Without Really Trying. He has houses in both New York and London, where apparently his only big splurges are on books and art. He loves his girlfriend and genuinely seems pretty happy and satisfied with his life.

Note: Radcliffe’s GQ interview comes with a playlist of music from his iPod. You know you want to, Pottermaniacs.