+ Eric Casebolt, the officer who was videotaped threatening and assaulting black teens in McKinney, Texas, has resigned. He had already been placed on administrative leave and was under investigation before this decision. It’s not clear whether Casebolt will face criminal charges.

+ A new report on the incarceration of people of African and African-Caribbean descent in the UK found that “the proportion of black people in jail in the UK was almost seven times their share of the population.”

Experts and politicians said over-representation of black men was a result of decades of racial prejudice in the criminal justice system and an overly punitive approach to penal affairs.

“People will be and should be shocked by this data,” said Juliet Lyon, director of the Prison Reform Trust. “We have a tendency to say we are better than the US, but we have not got prison right.”

Here is a bunch of LGBTQ+ specific news!

+ As Pride month rolls on, TIME has a look at how LIFE covered the community in 1964. 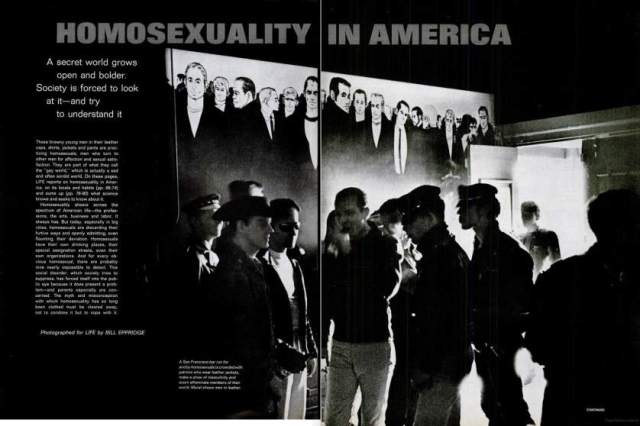 + Heather already mentioned this issue in yesterday’s pop culture fix, but Salon has a piece about Brittney Griner and Glory Johnson and how their public story fits into a narrative (or lack thereof) about same-sex domestic violence.

There is, at once, both invisibility and hyper-visibility for those of us in the LGBTQ community. For those of us whose relationships don’t fit a heteronormative script, our communities and institutions fail us when we need support, when we need to be seen the most. Traditional, and woefully limited, perspectives about who can be a perpetrator and who’s more likely to be a victim do a great disservice to queer and trans people. Assumptions that perpetrators are male, more masculine, physically bigger/taller/heavier, and that women who are smaller, or more “feminine” (defined by a very narrow definition of femininity) are more likely to be victims, create lazy assessments of relationships where violence can be emotional and have severe psychological and social consequences (threatening to out someone, for example), as well as physical ones.

+ A new study about chore distribution in couples indicates that same-sex couples come out on top. “Researchers at the Families and Work Institute and PriceWaterHouseCoopers wanted to find out if what they suspected is true — that, because same-sex couples don’t experience the same gender-based expectations and economic privilege differences that straight couples do, they would divide household chores more fairly.” Surprise, they were right.

+ I couldn’t make it up if I tried, folks: this different-sex Australian couple is threatening to divorce if gays keep gaining more rights. It has something to do with definition of marriage blah blah blah Scripture. What will their hypothetical divorce accomplish? It doesn’t seem like much:

In case you were worried about how the Jensens’ decision will affect their relationship and their children, the couple has stated that they will divorce legally but not emotionally. So while they’ll happily pull the stunt of getting divorced and blaming homosexuals for their choice (I did not know we had that kind of realultimatepower.net, but apparently we do), they’ll continue living together, loving together, and raising their children together. They’ll also still call each other husband and wife. The only difference is that they’ll do so as single people who have decided to pull a publicity stunt.

Sort of fascinating though! Surely this will be changing the game for high school in-class debates for literally weeks. 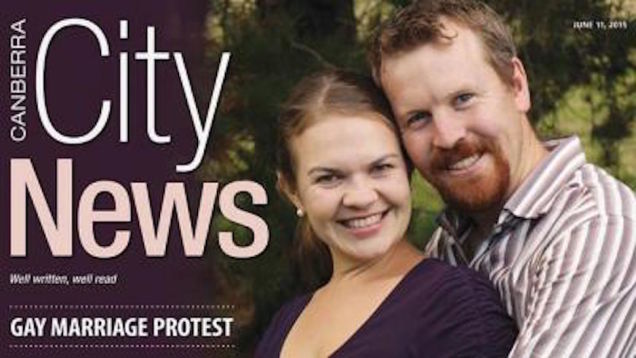 This is the face of the sanctity of marriage

+ This is a tale of two pieces of birth control legislation! A Senate Democrat introduced a bill to make previously prescription birth control options available OTC; then a Senate Republican, Cory Gardner, introduced a similar piece of legislation very self-righteously. The problem is that the Republican option is less realistic about real birth control access needs; it has an age restriction (over 18 only!) and it’s coexisting with GOP attempts to repeal the Affordable Care Act, which means that even if Gardner’s bill passed, if the GOP efforts succeeded, the people who could now “access” birth control over the counter would be paying through the nose for it. So the Republican version of this plan is sort of misrepresented, but then again also the Democrat plan also doesn’t necessarily deal with affordability either, so! I don’t know, none of it is great.

+ Well this is just absolutely heartbreaking: an interview with William Kizer, father of bisexual teen Adam Kizer, who committed suicide in May after longterm bullying in an unsupportive school district. Kizer is considering legal action against Somona Valley High School, who he says were aware of the bullying against his son but did nothing.

+ Some not great news out of Texas: the US Fifth Circuit Court of Appeals has upheld most of HB2, a super restrictive reproductive rights law. Jezebel reports that “all but eight abortion clinics in the state will have to close,” which is extra meaningful because of how enormous Texas is; this would effectively require many people seeking abortions in Texas to drive for an unfeasible length of time, the same as traversing most of New England, for a simple medical procedure. (WaPo has a longread about the realities of an abortion road trip, for context.)

+ Emma Sulkowicz has a new art project, Ceci N’est Pas un Viol, a video hosted online that features Sulkowicz and an anonymous man having what begins as a consensual sexual encounter and then turns violent. This week the site hosting the video was hit by a DoS attack that attempted to take it offline.

+ India has its first major ad depicting a same-sex couple; in this commercial spot from Anouk Ethnic Apparel, a same-sex female couple prepares to meet one of their sets of parents.

+ Kasha Jacqueline Nabagesera, a Ugandan lesbian activist, is on the cover of TIME’s Europe edition.

“It’s a great honor for me to be on the cover because it brings attention to the global LGBT struggle,” Nabagesera tells The Advocate. “Now many people will know about the struggles LGBT people go through in Africa and the world over. They will realize that the people they hate most are actually the people they love most when they get to read the article. They could be hating on their beloved family and friend without knowing they are LGBT.”

+ Remember when Apple unveiled its fancy new Health feature, and it totally overlooked reproductive health and menstruation? Apple’s updated HealthKit includes options for “reproductive health,” which seems to include period tracking and could maybe include things like basal body temperature and other fertility features. Apple also made a point of having “more women onstage at an Apple WWDC keynote than in the past five years combined” for the announcement.