Stef, in her grand tradition of sitting down with crush-worthy female-fronted bands, sits down with stellastarr*, who’s playing a show this Thursday in NYC at the Highline Ballroom.

We have a special Celesbian guest on today’s Tuesday Televisionary. You may recognize her from other parts of our website, such as “photoblogger” for Autostraddle.com. Her name is Robin, and she is your Tuesday Televisionary, and probs wins the Cutest Girlfriend of the Week Award too.

ALSO, the post about how Bluehost sucks has been taken off password protection! It has been revised to be sure we cover all our bases and aren’t unprofessional and also now finally our domain is no longer in their possession. So it’s time to UNLEASH THE ARMY!!!

SLICK WILLY: Bill Clinton Supports Marriage Equality, Just in Time to not have any government position whatsoever, I mean really clearly the key to getting someone to promote gay marriage is to remove them from an elected position. This is referred to as “The highest profile reversal” in the history of the marriage equality movement.” (@joe my god)

FIERCE ADVOCATE FOR PAGE VIEWS: What a surprise! A new media site trying to build buzz and make a mark by criticizing other websites. It worked for x-factor … and gawker … and the daily beast … rage on, Mediaite!: Obama’s Fiercest Critics: The Online Gay Media. (@mediaite)

GRRL POWER: I’m so into f-bomb: “it’s basically the blog we wish we had as teens and is going well despite Adult Sniping!” (@jezebel)

ADAM LAMBERT TARGETED BY GAY BASHERS AT HIS CONCERT: The nerve. The f*cking nerve! JUDGE NOT LEST YE BE JUDGED, MOTHERF*CKERS! (@rpulse) 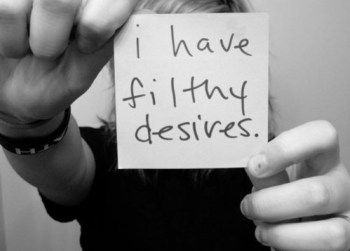 TWITTER IS GAY: How Heterosexual are Your Tweets? I have 01% heterosexuality, which is low for a bisexual. (@stockholm pride)

READING RAINBOW: Levar Burton from Reading Rainbow got in a car accident and it makes us sad! But he’s okay! Also they have a video from the show if you wanna go to memory lane! (@the frisky)

CENSORSHIP: Lithuania OK’s Law to Keep Gay Info Away From Kids: ”Lithuania’s Parliament on Tuesday approved a censorship bill that aims to keep information about homosexuality away from children, angering gay rights activists who called the measure homophobic.” (@associated press)

WATCH: Alicia Silverstone & Alanis Morisette in a new indie film with an UNFORGETTABLE soundtrack. If I had to pick “Funny” or “Die” in this case I would defo pick Funny.

IT’S YOUR HEALTH: Lesbians and HIV: Low Risk is not No Risk: ”Women who sleep with women (WSW) are not at risk of HIV transmission – or are they? AIDS advocates warn that it is time for a wake-up call about who is and is not at risk.” (@plusnews)

PROP 8: The Gays Can’t Agree on When to Battle Prop 8: ”Everyone wants the same thing: repeal Prop 8, which stripped away marriage rights from any California gays looking to wed from Nov. 5 onward. But strategies differ!”

STONEWALL: Stonewall Democrats put the LGBT Money Where the Leadership is: ”The folks over at the National Stonewall Democrats, the LGBT Democratic organization, have decided to put their support and money behind the politicians that support our community after what is seen by many as the frustratingly slow movement on LGBT rights by supposedly pro-equality Democrats.” (@bilerico project)

SURPRISE: Pro-Gay Miami Judge Demoted: ”The judge who may be responsible for ending Florida’s ban on gay adoption has been demoted from her position on the Miami-Dade circuit court.” (@the advocate)

INTERN POWS: Wretched Interns Desperately Compete for Life-Sustaining Snack Cakes: ”Across America, interns are desperately prostituting their fresh young smiling faces in return for a single box of Little Debbie muffins, so they may live another day.” (@gawker) [Intern Emily: “This has nothing to do with anything, I just thought it was funny. At Autostraddle we never go hungry – we have Italian food and unlimited wine”*]

The Girls Next Door: Into the Heart of Lesbian America: In 1996, sensing a cultural shift in how lesbians were perceived, partners and magazine writers Lindsy Van Gelder & Pamela Robin Brandt set out across America to gather an incredibly diverse array of lesbian stories. “Though we live next door to mainstream America, we have our own subculture … Not every woman who has sex with another woman is necessarly plugged in to all of this, but for most of us lesbianism is still about more than sex.” In addition to attending large-scale “tribal events” the Michigan Womyn’s Music Festival and the Nabisco Dinah Shore Fold Tournament, ride cross-country with the Texas Lesbian Avengers, and interview women on topics like coming out, sexual fluidity, S/M relationships, with an emphasis “to focus on individuals and couples who simultaneously illuminate many of the deeper truths about lesbian lives and disprove many shallow stereotypes.” Three years after reading it I find myself still referencing it all the time. Get it. Read a f*cking book.

from Riese:
SOMEBODY STOP ME I was compelled by a force greater than myself to watch this infamous 2003 documentary “Living with Michael Jackson” and the paparazzi is so out of control and he is so weird in so many ways I didn’t even expect! Like buying a motorized wheelchair to zip around the entire floor of the Las Vegas hotel he rented for no reason. Then he asks good questions like “Why would I drop my baby off the balcony? That’s the silliest story I’ve ever heard.” Taken out of context, well … I think he has a point.

from Stef:
Would you like to be severely depressed (again) about the end of the 90s? Apparently D’arcy Wretzky from the Smashing Pumpkins randomly called this radio station in Chicago and talked all kinds of crazy and clearly never gave up crack. Full disclosure: I used to have a goldfish that I named D’arcy, after Ms. Wretzky. She died, and I did not keep her in my freezer. I hope D’arcy the person is taking care of herself.