+ In a landmark decision, a U.S. appeals court granted a Mexican trans woman asylum on Thursday. The Ninth Circuit Court of Appeals ruled that Edin Carey Avendano-Hernandez, an undocumented woman from Oaxaca, must not be deported because “more likely than not” she would be tortured in Mexico. Avendano-Hernandez came to the U.S. as an undocumented worker in 2000 after years of suffering from abuse, beatings and rape. She began hormone therapy and presenting as a woman in 2005. In 2006, she was convicted twice for driving under the influence and convicted of a felony for the second offense after injuring two others in a crash. She served one year in jail and then was deported in 2007. After suffering more abuse in Mexico, Avendano-Hernandez returned to the U.S. and appealed for asylum under the protections afforded refugees in the United Nations Convention Against Torture. The three-judge panel’s ruling found that the immigration board who initially considered Avendano-Hernandez’s plea mixed sexual orientation with gender identity and refused to acknowledge her as a woman. The appeals court also disagreed with the immigration board who found anti-discrimination laws in Mexico made it safer for trans individuals. Reuters reports:

“Country conditions evidence shows that police specifically target the transgender community for extortion and sexual favors and that Mexico suffers from an epidemic of unsolved violent crimes against transgender persons,” Judge Jacqueline Nguyen wrote for the 9th Circuit panel. “Avendano-Hernandez, who takes female hormones and dresses as a woman, is therefore a conspicuous target for harassment and abuse,” Nguyen wrote in the 20-page ruling.

+ UPDATED: Kim Davis, the Kentucky county clerk who has refused to issue same-sex marriage licenses since June and who was held in contempt of court for not doing her job on Thursday, has been ordered to be released from jail.

U.S. District Court Judge David Bunning ordered she be released from custody and that she “shall not interfere in any way, directly or indirectly, with the efforts of her deputy clerks to issue marriage licenses to all legally eligible couples.” Bunning ordered her release since many of the couples in the case against Davis were able to get married by deputy clerks so the judge ruled the Rowan County Clerk’s Office is now doing their job and issuing marriage licenses to all eligible couples. 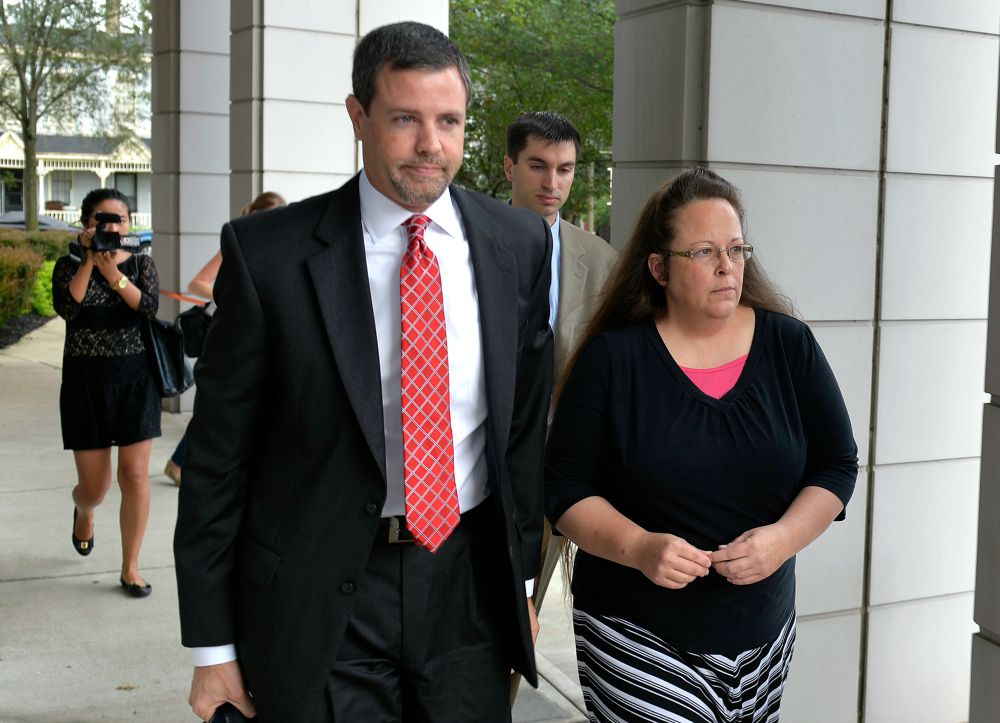 Kim Davis and her lawyer. via ThinkProgress

She was escorted out of the office by US Marshals on Thursday. Davis was offered a deal that would have allowed her to leave jail if she permitted several of her deputy clerks to issue marriage licenses to same-sex couples. She refused to allow them to do so and decided to remain in jail. Five out of the six deputy clerks ordered to Judge David Bunning’s courtroom agreed to issue marriage licenses to all eligible couples. After being denied a marriage license five times in the Rowan County clerk’s office, James Yates and William Smith Jr. became the first same-sex couple to be married in the county on Friday. At least three other same-sex couples were issued marriage licenses while anti-gay groups and supporters of the same-sex couples protested outsides. On Saturday about 500 supporters gathered outside the jail Davis is being held at. On Sunday, Davis’ attorney filed an appeal over her contempt ruling. 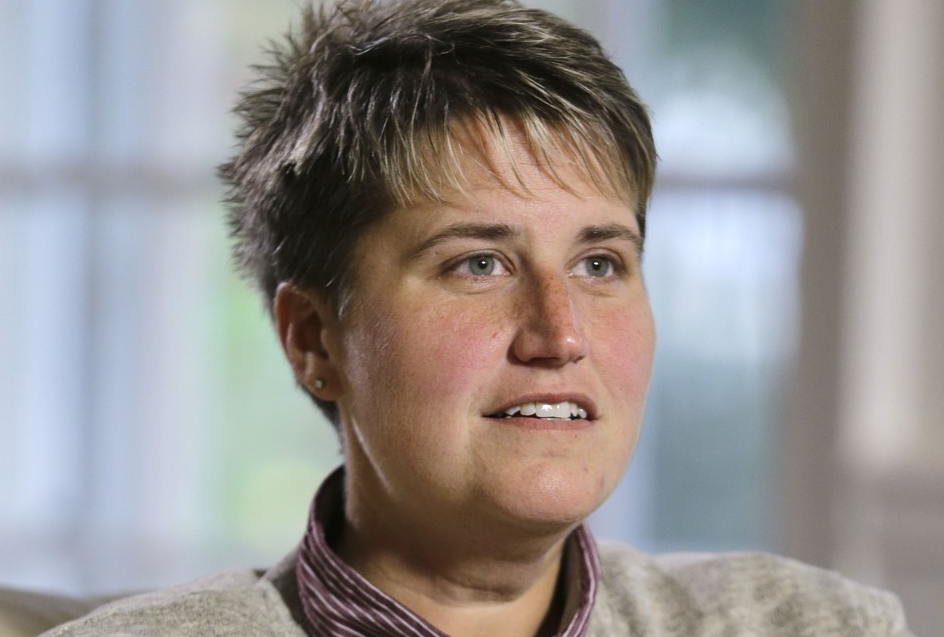 + Jennifer Cramblett, a white lesbian mom who sued a sperm bank after being impregnated with the wrong sperm, lost her legal battle. Cramblett and her partner Amanda Zinkon chose a white donor but the Midwest Sperm Bank of Downers Grove, Illinois mixed up the vials and instead of sending No. 380, they confused the handwritten number and sent the couple No. 330 which belonged to a black donor. Cramblett took legal action claiming she was unprepared to raise a mixed-race child, Payton, who is now three, and sought damages for wrongful birth and breach of warranty. She claimed the sperm bank’s mistake caused her family stress, pain, suffering and medical expenses. Cramblett also feared her child would be an outcast in her predominantly white community. Cramblett sought at least $50,000 in damages. DuPage County judge Ronald Sutter rejected both claims and threw out the lawsuit Thursday but suggested she refile the suit as a negligence claim.  The case is due back in December.

+ Christine Kitzler, a 48-year-old trans woman, won her right to undergo gender-affirming surgery after a brief legal battle with her parents who filed an emergency lawsuit to prevent her from undergoing surgery claiming she was incompetent. Kitzler’s lawyer explained in court her parents objected to the surgery itself and not to Kitzler’s mental capability to make medical decisions. Bucks County Orphans Court Judge C. Theodore Fritsch Jr. threw out Kitzler’s parents’ petition.

+ Atlanta’s Center for Civil Rights and Human Rights launched the LGBT Institute in hopes it’ll work with universities and LGBT organizations to further the movement and to improve “lived equality” of LGBT people in the South. “Marriage does not make life wonderful for all,” board member Tim’m West told the Associated Press. “For some, it’s the one box to check. For others, there are four or five more that we need to work on.” The Institute plans to focus on education and employment, public health and wellness, and criminal justice and safety. They also plan to open an exhibit that takes a look at Atlanta’s LGBT life since 1969.

+ Older veterans who were kicked out of the military for being gay are now asking that their discharges be upgraded to honorable. According to the New York Times, “as many as 100,000 service members were discharged for being gay between World War II and the 2011 repeal of the military’s ‘don’t ask, don’t tell’ policy.” Many were given less-than-honorable discharges which barred them from receiving veteran’s benefits and costing them their jobs. A 2011 policy grants veterans an honorable discharge if they were kicked out of the military for being gay. In reality, requesting to be upgraded to an honorable discharge is difficult since there’s a lot of paperwork involved and can bring up lots of trauma for the veteran. 80 percent of the 500 requests filed since 2011 have been upgraded.

+ The University of Tennessee removed advice that encouraged tutors to use a student’s correct pronouns, including gender-neutral pronouns, after they received backlash. 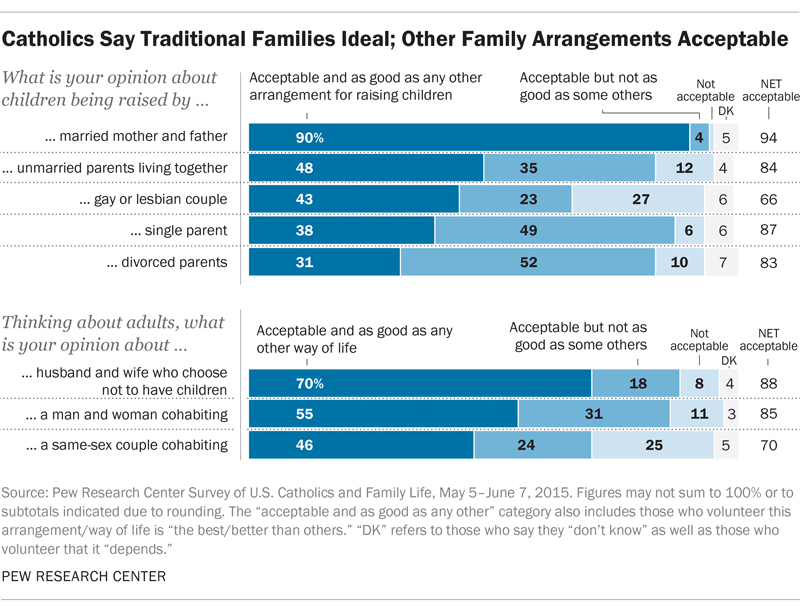 + A new study by the Pew Research Center finds American Catholics are open to nontraditional families which include same-sex parents raising children. 43 percent said same-sex couples as parents would be just as good as any other arrangement for raising children. 23 percent said the arrangement is acceptable but not ideal and 27 percent find it unacceptable. That means in total, 66 percent of American Catholics are ok with LGBT families.

+ The St. Petersburg Police Department is launching a new training program to inform officers on how to identify transgender individuals. The new program comes two months after black trans woman, India Clark’s body was found in a Tampa park  and misidentified by the police.