Likely you have been seeing a lot about the refugee crisis and/or Europe’s migrant crisis. Here are some things to read about it. This is a general explainer from Vox; this is a series of charts and graphs that also explain some things. This is a piece from CNN about how US presidential candidates have responded to the crisis, and a piece about how the Gulf nations, like Saudi Arabia and the United Arab Emirates, haven’t taken any refugees in. The Guardian looks at why the refugee crisis suddenly seems so heightened when the Syrian war has been going on for four years. From Years of Living Dangerously and Symbolia Magazine, here’s an explanation of how global climate change has played a role. The European Union has released its action plan to relocate refugees; there are also obstacles, however, like how Austria has suspended Hungary-bound trains due to “overburdening” by traveling refugees. 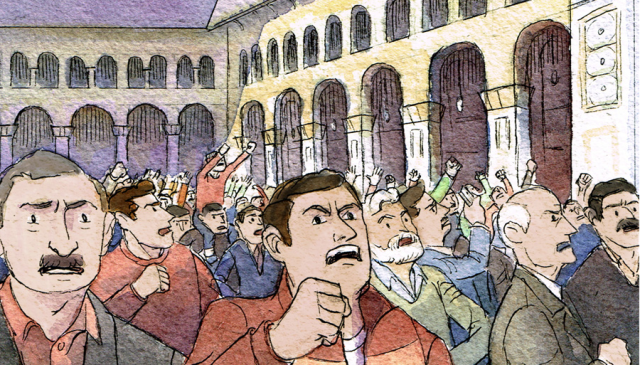 Panel via Years of LIving Dangerously and Symbolia Magazine

+ Deputies will not be charged in the death of Natasha McKenna, who was tasered while restrained and afterwards stopped breathing.

+ James Blake, a black former tennis star, was was tackled by NYPD officers while waiting for a car to take him to the US Open. NYPD claimed that Blake was identified to them as someone involved in an identity theft ring; it appears that they mistook him for someone else. Blake says that only one of the five officers involved apologized to him once the mistake became clear, and that the officer who tackled him wasn’t wearing a badge, didn’t identify himself as a police officer before tackling him, and didn’t speak to him or give him any opportunity to cooperate.

The tennis great said he would like an apology from the department, and he wants to hear there will be repercussions for the officers involved. “I have resources to get to the bottom of this. I have a voice,” Blake said. “But what about someone who doesn’t have those resources and doesn’t have a voice?” 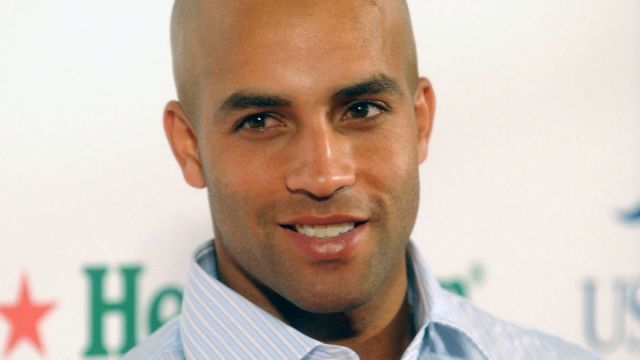 George Trejo, an attorney representing the wife and children of the slain 35-year-old Zambrano-Montes, said the family was “extremely disappointed” by the prosecutor’s decision not to charge the officers in a shooting relatives described as “the execution of their loved one.” Trejo said: “We are not surprised by this decision but disgusted and disappointed.”

Governor Jay Inslee directed the state’s top lawyer to review Sant’s decision, saying he wanted “to ensure that people have confidence and trust in the decision.”

+ Although the trial for the police officers involved in Freddie Gray’s death hasn’t begun yet (the pretrial hearing is still in progress), the city has announced it’s willing to pay Freddie Gray’s family $6.4 million in restitution. The settlement entails the city accepting “civil liability” for Gray’s death, but carefully avoids admitting to police misconduct. The settlement may also have legal restrictions that block both the city and Gray’s family from talking about the case publicly.

+ A new poll shows that Bernie Sanders may currently lead Hillary Clinton among Iowa Democrats who are likely to caucus in February, although his advantage is within the margin of error.

+ In an unprecedented lawsuit, the Republicans of the House of Representatives are suing President Obama for using Congress money for the Affordable Care Act. A US District judge has allowed that the Republicans have legal standing to sue, so this will be interesting. I am, to be honest, a little confused about this case, but many people seem really amazed that the lawsuit is being allowed to proceed at all. If you have legal insight into this matter, please feel free to share! 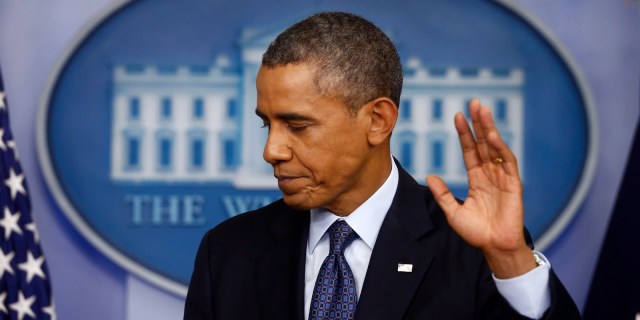 + Governor Jerry Brown and other Dems are softening their climate change proposal, facing pushback from the oil industry and other legislators. The original proposal included cutting down petroleum use by 50% in addition to increasing renewable electricity use and energy efficiency.

+ Mike Huckabee is going to ride the Kim Davis train all the way to… somewhere, and talked about how she shows us that religious freedom is the election’s “most important issue.” Ironically, Huckabee tried to claim that incarcerated Muslims in Guantanamo Bay being directed towards Mecca is a reason why Kim Davis shouldn’t have to do her job, seemingly unaware of the fact that for many people, Guantanamo Bay’s continued operation and American incarceration in general are much more pressing issues this election season.

+ An executive order by President Obama that federal contractors must provide up to one week of paid sick leave will go into effect in 2017.

Women of the World

+ It is almost hard to believe this is real but it is: the House Judiciary Committee had a hearing on Planned Parenthood and it was called “Planned Parenthood Exposed: Examining the Horrific Abortion Practices at the Nation’s Largest Abortion Provider.” FOR REAL. No one who actually works at Planned Parenthood was asked to testify, which really calls into question how we’re defining “hearing.” While they were not testifying about how their organization works because they weren’t allowed to, Planned Parenthood released a document breaking down the history of attempts to smear them and their work.

+ A band made up of three teenage girls, Kalliope Jones, competed in a Tri-County Fair Battle of the Bands; one of their judges gave them feedback suggesting that they try to be more “sultry.” The band members, who range from 14 to 16 years old, posted a response on Facebook:

As Amelia Chalfant said, “A woman’s sex appeal, or anyone’s for that matter, should not be the defining factor in their success in the music industry, and in addition to that, WE ARE CHILDREN! WE ARE 14-16 YEARS OLD.” The judges tried to say they meant it as a positive thing; that it was supposed to mean “soulful”. They did not understand why we confronted them about it…

We then asked if they had made similar comments to any of the bands that were made up of only boys. They said, “Oh, no. It is a completely different thing.” Actually, it really isn’t. This conspicuous act of sexist and stereotypical thinking was deplorable and pathetic. 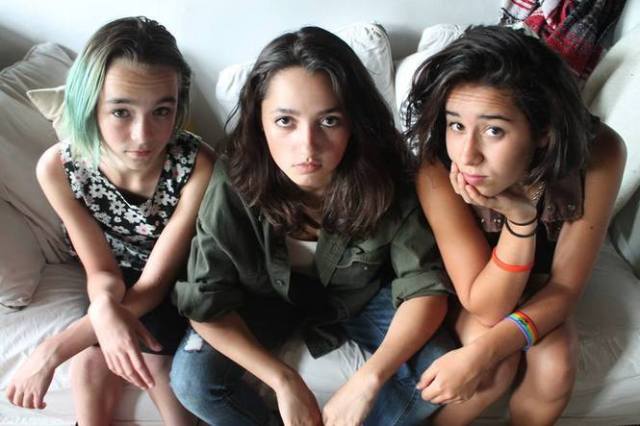 The members of Kalliope Jones

+ Feministing has a piece on how Indigenous women are on the front lines of protests in Ecuador, speaking out against the government that’s been allowing others to mine on Indigenous land without getting their permission.