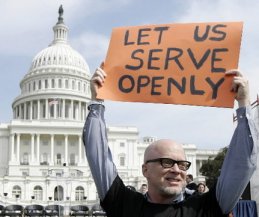 We’ve now been living in a “don’t ask, don’t tell”-free world for more than 48 hours. Doesn’t the air smell cleaner and the world seem brighter? Breathe deeply and enjoy it. It might not last. Less than three days after Judge Virginia Phillips issued a permanent injunction requiring the military to stop enforcing DADT, the Justice Department has filed a request for a stay of the injunction and a notice of appeal.

What does this mean? It’s too early to say.

With the stay, the Justice Department is essentially asking that we back the calendar up to Oct. 11 and keep it there for a while. The issue is currently pending before Judge Phillips as a procedural matter, but she is expected to deny the request. Presuming that she does, the government will request that the Ninth Circuit consider the same issue.

At that point, three judges from the Ninth Circuit will be appointed to review the request. The Ninth Circuit is generally considered to be one of the most liberal jurisdictions — but when you select three judges out of the available 26, anything can happen. Once the panel makes a decision about whether or not we can return to Oct. 11, the losing party can appeal to the Supreme Court.

Until a court grants a stay of the injunction, the injunction remains in effect. The military must stop all DADT proceedings. However, this could change at just about any moment. Unfortunately, because so many things could happen and because of the uncertainty surrounding the case, Judge Phillpips’ unequivocal ruling is not nearly as liberating as we might hope for those it most directly affects: service members.

The Service Members Legal Defense Network has issued an alert making it clear that no one should be leaping out of the closet just yet. Despite the clear judicial decree that all investigations and proceedings to discharge service members under DADT are to end immediately, lesbian, gay and bisexual service members remain vulnerable.

It is still unclear what effect the injunction will have in a practical sense. Yesterday, former sailor Omar Lopez attempted to re-enlist in the Navy; he was honorably discharged in 2006 under DADT, and now that the policy has been deemed unconstitutional he would like to return. At the recruiting office he was promptly turned away; the recruiters had no knowledge of any change to military policy.

However, in a promising development, Lieutenant General Richard C. Harding, Judge Advocate General for the Air Force, sent Air Force JAG officers an email today indicating that until the Justice Department takes action, the Department of Defense will abide by the district court injunction and immediately cease all proceedings related to DADT. Hopefully similar memos are en route to JAG officers throughout all branches of the military. Ultimately though, any such measures would be immediately reversed in the event that the Ninth Circuit were to grant the stay and agree to return to Oct. 11. 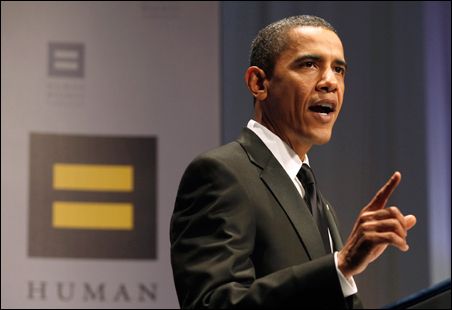 Over and over, Obama has reassured us that he doesn’t support DADT and that he wants to repeal the law as much as anyone else. When the Department of Justice initially requested that Judge Phillips postpone her injunction of DADT, Press Secretary Robert Gibbs promised that this action “in no way diminishes the president’s firm commitment to achieve a legislative repeal of DADT.” The DOJ would like us to believe that its opposition is merely situational and that it is legally obligated to defend any law that is crafted and passed by Congress. (NOTE: This is a lie).

Can we believe anyone anymore?

I want to have faith. I want to trust that Obama wants the repeal to come through Congress for strategic reasons — not because it is politically more convenient, but because it will help to secure the support of those actually tasked with implementation. If Congress repeals the law, it arguably indicates broader support for the change than the decree of a single brave judicial voice, and perhaps this will help get everyone in the military on board.

Unfortunately, my faith is crumbling with each political victory we lose and each judicial victory Obama’s administration challenges. Obama’s recent promise via Twitter that DADT will end on his watch is of little consolation to those who would like to serve openly today.  I hope that someday I can reflect back on the impending appeal and recognize its wisdom, but right now it just feels like one more attack from someone who once promised to do better.p