If you’ve watched or read news other than Autostraddle lately, you have probably heard at least a little of what is going on with Rupert Murdoch and the News of the World (NoW). The British tabloid published its last issue on July 10th, amidst allegations of phone-hacking and resignations of various important people formerly associated with the paper. The scandal has touched everyone from the Prime Minister (whose communications director, Andy Coulson, is a former NoW reporter associated with the hacking) to Scotland Yard (which also employed a former NoW reporter, Neil Wallis). As the UK branch of Murdoch’s media empire collapses, Americans can’t help but wonder: what would happen if hacking surfaces over here, too? Could it mean the end of Murdoch’s enterprises here — like, oh, I don’t know, FOX News? Well, hang on to your hats, everyone, because we may soon find out!

The hacking scandal — which in Britain, touched everyone from the royal family to murdered teenager Milly Dowler — is trickling across the ocean, starting with one of Britain’s own: Jude Law. Reports have surfaced alleging that the actor’s phone was hacked into while he was at JFK Airport in New York, and the information discovered was used to inform a 2003 News of the World story. Sienna Miller, Law’s ex-fiancée, was also impacted by the NoW hackings in the U.K.; the High Court ordered NoW to pay her ₤10,000 in damages. However, because the hacking of Law’s phone happened on American shores while he was using an American phone network, it becomes the U.S.A.’s problem, opening up a brand new can of worms. The FBI has contacted Law for more information about the hacking. And it’s becoming clearer and clearer that just as in the UK, famous actors are only the beginning of News Corp’s victims in the U.S. 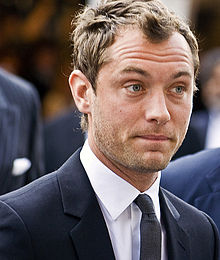 As the FBI moves forward with its investigation of possible hackings in the U.S. (with the urgings of several members of Congress), more and more appalling information has surfaced: namely, that families of 9-11 victims may have been among those hacked by News Corp journalists. 10 years later, America still hasn’t fully recovered from the September 11th attacks, and regardless, its victims and their families remain sacred cows. So if reports of 9-11 victim hackings turn out to be true, it could spark outrage similar to that over the hacking of Milly Dowler’s voicemail in Britain — and could spell death for at least some of Murdoch’s media properties in the U.S. Megan Carpentier puts it as bluntly as possible in her Guardian article titled “If News Corp hacked the phones of 9/11 families, Fox News is finished.” Obviously, an end to FOX News would be great news for feminists, queers, liberals and other groups regularly demonized by the various FOX talking heads.

But it’s not time to break out the champagne glasses yet; many more think reports of News Corp’s total death are premature. And even if that was the end result, it’s unlikely to happen overnight. That doesn’t keep everyone from speculating, though, as to whether News of the World is alone among Murdoch properties in its depravity. Launce Rake of The Nevada View sees NoW as part of a “culture of corruption” in Murdoch’s media empire, connected to FOX’s horribly skewed reporting. Former FOX News executive Dan Cooper has come forward claiming that the channel had a “black ops” department which “ran counter-intelligence” on their competitors: “Most people thought it was simply the research department of Fox News…I knew it also housed a counter intelligence and black ops office. So accessing phone records was easy as pie…It was staffed by 15 researchers and had a guard at the door. No one working there would engage in conversation.” Another anonymous former FOX executive described the conditions for staff there as like “Russia at the height of the Soviet era.” 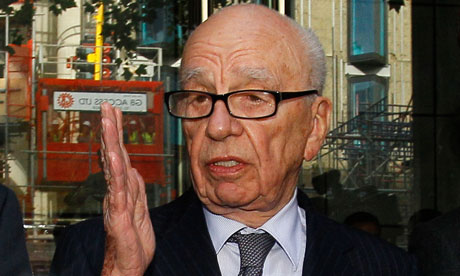 Perhaps the scariest part of the whole ordeal is the perceived consequences for those brave enough to speak out. Cooper reported in the above article that he has already been threatened for going to the media about the FOX News “black ops.” And tragically, News of the World whistleblower Sean Hoare was found dead in his home in Watford, Hertfordshire on July 18, though it’s still unknown if his death was related to the investigation and Hertfordshire police have claimed that it is “not thought to be suspicious.”

If you want to read more about the News Corp hacking scandal and its possible endgames, BBC News has a timeline of events so far and The Atlantic has a list of possible outcomes of a U.S. investigation. For some particularly interesting takes on the story: Ian Jack at The Guardian compares Murdoch to Citizen Kane, and Michelle Chen at In These Times wonders what this all means for the future of journalism.

Last but certainly not least, MoveOn.org has a petition pushing for a full U.S. investigation of the Murdoch empire’s shady dealings; sign it here.