Diona Reasonover is a writer/performer and one of the stars of TBS’s new comedy, Clipped. She performs at Upright Citizens Brigade LA and is a member of the all African-American female long form improv team, Essence. One time I saw her throw away ribs and I’m not really over it but she’s still pretty dope. 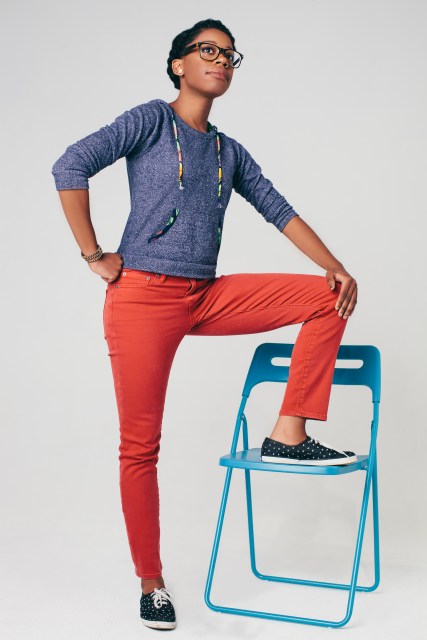 You have a short, The Standoff, which you hope is gonna make the festival rounds. As a genre piece with the tagline: “This is why lesbians shouldn’t have guns,” I’m interested in hearing what gave you the idea?

Ok so full disclosure: this story proves I am #TheWorst. Please don’t give it to TMZ. I was “seeing” (read: hooking up in the back of an SUV with) this girl who was always getting free tickets to stuff like Outfest. And she hooked me up with tickets to the opening night party, which if you’ve never been is like the Lesbian Land of Oz. There were power suits and power dykes and so. much. free. shit. When they gave you a beer, they let you keep the fancy glass you drank out of. THEY LET YOU KEEP THE GLASS!!! Process this madness. Like somebody said, “I declare no one else is allowed to use this glass except for me and my fabulous rich gay mouth. Ha ha ha, now off to admire my 28 Persian cats.”

Obviously after that, I was hooked on the sweet life of the gay film circuit. I made an entire movie in the hopes that someone would give me some forks to match the set of glasses I stole that night.

Have you ever given yourself a haircut or cut any hair on your body off in an ill-advised manner?

Once I got a Brazilian wax and it hurt so bad I ran out of the salon in the middle of it. So my crotch looked like Bert from Sesame Street‘s hair. 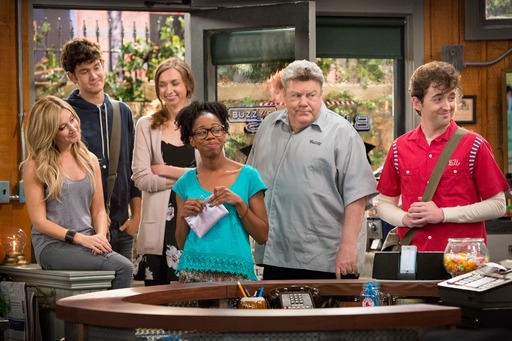 What is your favorite Ashley Tisdale cultural production? (Mine is “He Said, She Said.”)

I’m a huge Young and Hungry fan. Cannot stop watching. It’s pushed out Pretty Little Liars on my DVR which says a lot.

Who is your favorite Real Housewife of Atlanta?

Phaedra. I’m not even sure she’s a real person. She’s literally a pile of nonsense words, weave, and a butt. Nothing she says makes sense. If it weren’t for Apollo, I’m positive her top two choices to name her kid would have been “Donkey Booty,” and “Praise his name.”

Me to my manager: "I don't CARE if it's unfounded, I'm GOING to start calling myself the Tracy Chapman of comedy!"

Did you really rap on an episode of Basketball Wives: LA and if so, please tell us how that came to be.

Ugh, I did. I was in an improv class with Draya Michele, and we were playing a game called Beastie Rap. I was trying sooooooo hard to impress her. Like disgustingly hard. Like so much on her jock, that a less gracious person would have been like, “Is this my jock or yours, you terrible jock hugger.” And this was before I was the tall graceful beauty you see before you. So that rap was me trying to be hard. It was no bueno. And what you DON’T see on camera was after it was done, I shot her this goofy thumbs up and she was like, “Um, kewl.” And every cell in my body died 1000 horrible deaths, and I almost cruked, which is what I call when someone gets so upset they cry and puke. But the rap was also the first time I was on tv so… I guess that’s kewl.

You can watch the pilot episode of Clipped right now! Reasonover’s character, Charmaine Eskowitz, is queer. What a joy! Follow Diona on Twitter @dionareasonover.