In the past couple of years, sexism in modern literature – whether or not it exists, and if so, to what extent – has become a hot topic on the Internet. It arguably started a few years ago when authors Jennifer Weiner and Jodi Picoult complained about The New York Times paying more attention to works by men, and the way that books by men about “feelings and relationships” are treated as deep studies of the human condition while similar works by women are shoved into the “chick lit” section. Weiner and Picoult centered their criticisms on Jonathan Franzen’s Freedom, a work they said would never have been taken seriously by critics had it been written by women. Slate crunched the numbers and discovered that, indeed, The New York Times spends more pages on men’s books than those by women.

Ever since then, female writers seem more and more eager to call out sexism from male interviewers, reviewers and writers when they see it. It flared up again when Jeffrey Eugenides, whose own work is often seen as examples of “would be dismissed as chick lit if written by a woman” (especially his most recent novel, The Marriage Plot), dismissed Weiner and Picoult’s complaints as “belly-aching.” And it’s continued from there, with women authors becoming more and more aware – or perhaps, simply more vocal – about the way the literary world dismisses their work and their lives.

In a recent piece on Slate, Katie Roiphe – herself an author – used a recent interview involving Claire Messud, author of The Woman Upstairs, to address whether she thinks the increasing complaints about sexism in literary reception is justified. Roiphe begins:

In the latest fracas over literary sexism, Claire Messud objected to a comment an interviewer made about whether she would want to be friends with the main character of her new novel, The Woman Upstairs.
The interviewer asks: “I wouldn’t want to be friends with Nora, would you? Her outlook is almost unbearably grim.”
And Messud answers:
“For heaven’s sake, what kind of question is that? Would you want to be friends with Humbert Humbert? Would you want to be friends with Mickey Sabbath? Saleem Sinai? Hamlet? Krapp? Oedipus? Oscar Wao? Antigone? Raskolnikov? Any of the characters in The Corrections? Any of the characters in Infinite Jest? Any of the characters in anything Pynchon has ever written? Or Martin Amis? Or Orhan Pamuk? Or Alice Munro, for that matter? If you’re reading to find friends, you’re in deep trouble. We read to find life, in all its possibilities. The relevant question isn’t ‘is this a potential friend for me?’ but ‘is this character alive?’ ”
Messud does not say overtly that her interviewer is being sexist, but she implies it, by listing male writers who would never be asked that question (and tacking on Alice Munro “for that matter” to make it clear that her list had been about men).

While Roiphe shares her own experiences regarding being asked sexist questions that male writers would never get – “Not one but two male interviewers from respectable newspapers asked me how many people I had slept with. One female interviewer in England took one look at me and wrote about the fact that I hadn’t eaten breakfast directly off the plane and speculated that I might be anorexic. Another writer mused in The New Yorker about whether or not I was a nice or warm person” – she ultimately concludes that the question wasn’t sexist, and that Messud’s complaints seem to be more part of a trend of “crankiness” and “prickliness” among female writers rather than legitimate complaints. 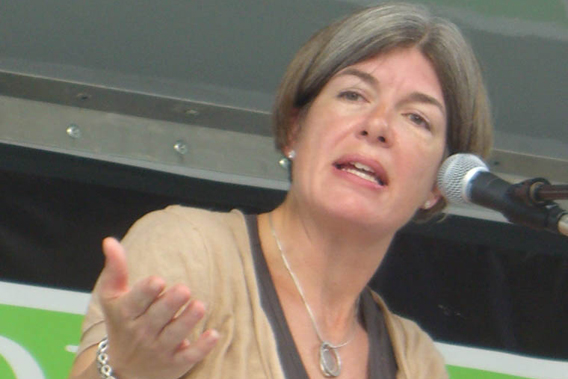 The sexism in Roiphe’s own language describing Messud aside, she may have a point that this particular critique isn’t necessarily based in sexism. Roiphe cites examples of male writers, such as Ian McEwan, whose characters have been criticized on the basis of unlikability. But even if one can’t conclusively prove that Messud is right in this particular instance, it says something that she would be quick to jump to that conclusion. Roiphe is fixating on this particular incident in a way that causes her to miss the larger point.

It’s so easy in criticisms of “social justice” conversations to get stuck on individual critiques that don’t make sense, and may betray what can be easily dismissed as “oversensitivity.” But said “oversensitivity” wouldn’t be there if there wasn’t a larger trend of women writers being asked sexist questions. It’s the famous “straw that broke the camel’s back.” The camel’s back has to be pretty weak already for that straw to make a difference.

For evidence of the sexism in the writing world, it’s helpful not just to look at the women writing, but also the women they (as well as male writers) write. One of the things that I thought that Roiphe missed in her piece was not just that nearly all the writers Messud listed were men, but nearly all the characters (with the exception of Antigone, and the “any of the characters in ____” examples she gave) she listed were also male. Is the double standard really just about women writers, or also about the women that they write?

Our culture lionizes “complicated” male anti-heroes, who are dark and troubled and full of faults, such that we’d likely never want to deal with them in real life – but they make for interesting fiction, and so we’re fascinated with them. Yet, female characters with the same problems are rarely given the same kind of slack.

And on the other side of the coin, when it comes to sexism in interviews, it’s hardly limited to female authors. Even outside of the writing world, women are often expected to answer for things that are seen as “no big deal” with men. Recall Anne Hathaway’s interview with Matt Lauer about Les Misérables where, rather than beginning by talking about her film, she was prodded about a “wardrobe malfunction.” Hathaway deflected it expertly, but it is amazing how routine such obviously inappropriate questions have become for famous women. Even Roiphe mentions that she’s had questions about her sex life in interviews about books.

While Roiphe may have a point that said sexism may not be as widespread as some of the women pulling the punches think, there’s a reason we’re so quick to take offense these days. We’re fed up with the double standard, fed up with the idea in some circles that we’ve “achieved equality” when we’re still forced to endure lines of inquiry no man has ever heard. Even if it’s more about your character’s likability than it is your own, it can feel like the last straw.

Perhaps rather than chastising women writers for raising their hackles, we should question why they’re so quick to be raised in the first place.