Disclaimer: I really try hard to keep spoilers out of these things, but it’s hard to explain some of my issues with this particular novel without revealing a few key details. So if you haven’t read it and you don’t like spoilers, you probably should just stop after the first few paragraphs.

When I was sixteen, I read Jeffrey Eugenides’s Middlesex for the first time, and it quickly became one of my favorite books. For starters, as a native of Detroit, the way Eugenides weaves the history of the Motor City in with the history of the Stephanides family immediately appealed to me. With all the works of fiction about Detroit that have gotten so many things wrong (Detroit 187, for example, makes its first mistake in the title), it was so nice to see someone get things right – and friends from other states have told me the book made them interested in Detroit’s history, which is always something. I also had a crush on a clarinetist at the time I read the book, which made the scenes with Milton and Tessie (yes, those scenes) probably a lot more interesting and less disgusting than they would have been otherwise. Plus, one glance at my high school voluntary reading list – favorites from those years also include Lolita, Brave New World and The Unbearable Lightness of Being – would show you that I took a certain pleasure in reading the sorts of books that would gross out my more prudish classmates. I felt like a rebel in my own little, nerdy way.

And then there’s the queerness of Middlesex. As the title punnily suggests, the protagonist is intersex, with 5-alpha-reductase deficiency. As I have discussed the book with others more recently, I have found out that a lot of people considered Eugenides’s treatment of the subject “fetishist,” that he saw Cal’s intersex identity as some bizarre twist rather than treating it with the respect it deserved. At age sixteen, still closeted and overall new to the world of queer studies, I can’t say I would have been able to tell the difference. Yet, regardless of what you think of the novel, it is certainly among the best-known works of fiction on the intersex community, and is one of the most discussed “queer” novels of the past decade. So, with that in mind, I thought you might be interested in my thoughts about his new novel, The Marriage Plot. 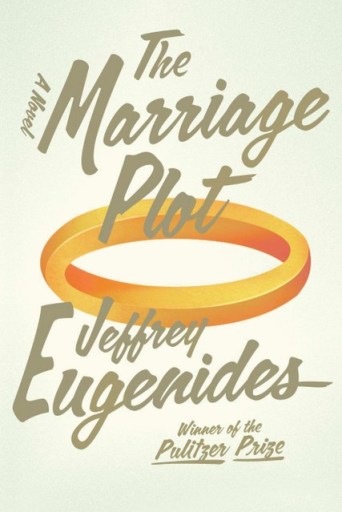 The Marriage Plot is unique among Eugenides’s novels, which also includes his premiere work The Virgin Suicides, in not being set in or around Detroit, although one of the main characters, obvious author stand-in Mitchell Grammaticus, is a native. Instead, it follows three early-80s graduates of Brown University as they go through their first year out of college. Unlike Middlesex, it doesn’t have overtly queer themes; while there are gay and bisexual supporting characters, all of the protagonists are straight. In fact, unlike the unusual story elements of the previous two novels, The Marriage Plot is a pretty straightforward novel about a girl caught between two different boys, the “safe” choice and the “rebellious” choice, the titular “marriage plot.”

It is interesting to read this book as I’m in the middle of a class on Jane Austen, all of whose novels revolve around the “marriage plot.” Eugenides frames his book as a modern, feminist re-telling of those stories, made obvious by heroine Madeline Hanna’s desire to become a feminist scholar of 19th-century literature. Austen’s novels also tend to involve a “safe choice” and a “rebellious choice”; her heroines just about always end up with the former. Some of them are clear –you know Catherine Morland isn’t going to end up with John Thorpe, for example – but with others, she keeps you guessing for a while. Nowadays, most of us know the ending of Pride and Prejudice, but if you manage to come into it fresh, it does take a while to realize that Darcy is the good egg and Wickham is the jerk.

This story starts out the same way. Madeleine mentions at the beginning of the book that Mitchell is the sort of boy you could “bring home to your parents” and Leonard isn’t, which is precisely why she likes Leonard and not Mitchell. Her story is a little too clearly set-up as a lesson in how her priorities in boys are messed up, another plot that is common to Austen novels. However, Madeleine has a self-awareness that the Austen heroines who go through this journey lack, and which makes what happens to her a lot less believable. Like Austen, Eugenides plays with it, but not as much as I would have hoped. He makes you feel sorry for Leonard, and gives Mitchell some negative qualities but, at least for me, I was still rooting for Mitchell throughout the novel. 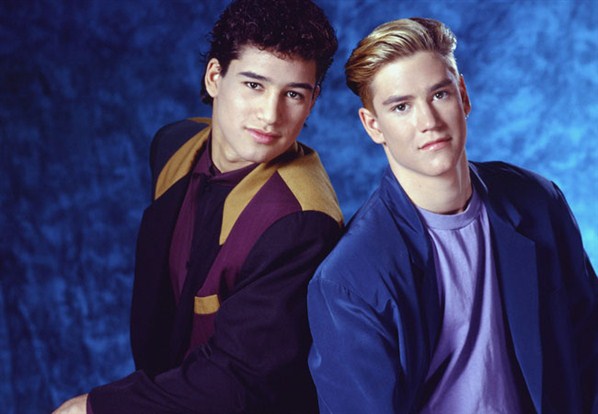 What's a girl to do?

What I really don’t get about the book is how Eugenides or anyone could have considered it a “feminist retelling” of the marriage plot. The description makes it seem that Madeleine’s studies in marriage-plot novels would play a huge role in it, but they really don’t; you never even find out what her “thoughts on the marriage plot” (as she titles her thesis!) are. Instead, Madeleine’s story, like that of far too many heroines in literature, is mainly about her interactions with boys and, particularly, how her tending to Leonard as he struggles with his extreme bipolar disorder ends up consuming her life post-graduation. This contrasts it with the Austen novels that it references; one of the most interesting things about Austen’s books, and the reason that she gets so much play in feminist circles, is that she flips the usual script in terms of who is the fully-fleshed-out character and who is just the love interest. The men are the one-dimensional love interests in Austen (for the most part, there are exceptions), while the women are the interesting, compelling characters. This is true not just with the independent, feisty Elizabeth Bennet of Pride and Prejudice, but even more passive characters like Fanny Price from Mansfield Park. While men had all the power in the actual world of Regency-era England, women were the focus, the major players in the world of Austen (I’m using Austen as my example because I have to admit, I’m not as well-versed in 19th-century English lit overall as Madeleine is.)

Eugenides seems to justify the “feminist” side of it by having Madeleine end up single at the end, but it is not through taking control of her own destiny that she gets out of her destructive relationship with Leonard. It is through Leonard realizing that he is ruining Madeleine’s life and walking out on it himself, and her parents talking sense into her. She may have had agency, but she never executed it, preferring to let others make decisions for her. Early in the novel, she almost doesn’t end up with a place to live post-graduation because she just can’t accept her breakup with Leonard, and is just lucky that it turns out to be temporary and her previous plans to live with him don’t fall through after all. She so utterly surrenders control over her life to everyone else, and boys particularly, that I just couldn’t see how she worked as a “feminist” heroine in any sense.

At least i have this teddy bear

The relationship-focus of Madeleine’s storylines also just made them – and her – much less interesting. The boys’ stories were way more compelling. In the Leonard-focused chapters, it delves into the history of his illness, how his depression in his early high school years made him a lackluster student with no motivation in anything, how his mania in the last two years turned him into the kind of stellar student who can get into Brown on scholarship, how his abusive home life factored into his problems, the interesting characters he met in the psychiatric ward. Mitchell’s journey – both his literal journey, which consisted of a trip around Europe, North Africa and India with his friend Larry, and a spiritual journey, which includes volunteering at Mother Teresa’s Home for the Dying Destitutes – was even better, and the part that felt most like Middlesex to me. My enjoyment is probably because Mitchell’s story is the least romance-focused of all of them since, while he pines away for Madeleine throughout his travels, the focus during that part is still on his religious beliefs and his discoveries on the road.

Also, the Mitchell parts are also the gayest parts of the book, since there’s a side-plot about his friend Larry’s discovery of his homosexuality/bisexuality (the book doesn’t specify which, though Larry has a girlfriend at the start of the novel, a caricature of college feminists who clashes with Mitchell) and Mitchell’s realization that Larry went on the trip because of his feelings for him, feelings Mitchell can’t return because he’s straight. (Sound familiar?) It was yet another thing that I wished the book had explored more, but it was still nice to get that little touch of queerness in a pretty relentlessly straight book.

I can’t say I didn’t enjoy the book, but overall I was a little underwhelmed by it. I wasn’t as floored by it as I was by Middlesex, but maybe I was expecting a bit too much out of it. Maybe I was putting too much stock in the book jacket, which made it seem like there would be this huge intellectual discussion about books alongside the romantic plots. There was some of that in the early part of the novel, which flashed back to the three characters’ lives during their college years, including the courses they took, as exposition for the post-grad stuff. There’s some interesting discussion about the divide in the early ’80s between more traditional literary scholars and devotees of newer approaches like semiotics. But at least in Madeline and Leonard’s sections, all that disappeared once they left school, except for a short section where Madeleine goes to a seminar for other fans of Regency and Victorian novels. Mitchell’s sections were really the only ones that fulfilled that promise, interspersing his musings on religion with musings about Madeleine.

This review seems kinda negative, but this is actually a good book! – if you know what to expect. It’s a good romantic novel and college novel. Don’t go in with high expectations of deep discussions on literature or philosophy, and you will probably really love it.