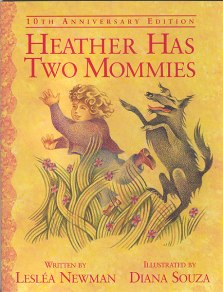 A Catholic school in Massachusetts has withdrawn its acceptance of an 8 year-old boy with lesbian parents, saying their relationship is in “discord” with church teachings, according to one of the boy’s moms.

“First they accepted him, and then they said they couldn’t take him,” said the woman, who asked not to be identified because she and her partner, the boy’s biological mother, are worried that the publicity would create problems for their 8-year-old son. “I’m accustomed to discrimination, I suppose, at my age and my experience as a gay woman. But I didn’t expect it against my child.”

The boy’s adoptive mom said the couple wanted to enroll their son for third grade at St. Paul’s Elementary School so he would get Christian teaching as well as a good education. She said his birth mother is a lifelong Catholic and that the family attends church often. She also said said “we weren’t hiding it” because both filled out their names as parents on the application forms. They paid the enrollment deposit and got uniform order forms.

It’s at least the second time in recent months that students have not been allowed to attend a U.S. Catholic school because of their parents’ sexual orientation, with the other instance occurring in Colorado. (@boston)

The Catholic World News reports that the Archdioese of Boston is not cool with this:

The Archdiocese of Boston has distanced itself from the decision by a parochial school to deny admission to the child of a lesbian couple. St. Paul’s elementary school in Hingham, Massachusetts, had rescinded its acceptance of the 8-year-old boy, citing the couple’s public rejection of Catholic moral teachings. But a spokesman for the Boston archdiocese said that there was no policy calling for such a stance. “We want kids to come to Catholic schools,” said Terence Donilon. The archdiocese is now reportedly “in consultation” with the Hingham parish about the case.

But do we really want our kids in schools that don’t want them? I feel like if this is a relationship, my Mom would tell me to get out of it because she doesn’t deserve me.

Regardless, someone is going to help.

In a statement issued this afternoon, Mary Grassa O’Neill, secretary for education and superintendent of Catholic schools, said that the archdiocese does not prohibit children of same-sex parents from attending Catholic schools, and that the archdiocese will “work in the coming weeks to develop a policy to eliminate any misunderstandings in the future.”

Grassa O’Neill said she contacted one of the student’s mothers this morning to express her concern and offered to help her find a different Catholic school for her son.

As the debate continues, it seems the camps are divided:

1. People who read Setoodeh‘s article and “got it” = most people.
2. People who read Setoodeh‘s backtracking response, didn’t recognize it for what it was, and are now defending him because they don’t see how homophobic his original article was. WHICH IS PRECISELY THE POINT. It’s insidious enough that seemingly intelligent people can totally “see” Setoodeh’s “side.” I’m pretty sure y’all are over this already, so we’ll make it brief.

As we mentioned two days ago, Ramin Setoodeh appeared with Dan Savage and Big Gay Sketch Show director & Married With Children star Amanda Bearse on The Joy Behar Show. Setoodeh mostly talks in circles, Behar tries to make sense of what is happening and Amanda Bearse is coherent.

.AfterElton summarized it quite well:

The gist of the discussion seems to be that Ramin, like me, isn’t cut out for a job writing, because he’s not capable of saying what he meant, because he rewrites his article every time he talks about it, and uses examples that don’t support his point. On top of it, I find his argument that no one talks about this topic ridiculous, since NPH has discussed it on The View, Rupert Everett won’t shut up about it, and it’s the reason AfterElton.com and AfterEllen.com exist. [editor’s note: as well as many other websites not owned by Viacom, including this one!]

Major props to Amanda for keeping the discussion grounded. And also, I’d like to add that journalists do not get to whine about being victims of feedback when they do crap stories. If people yell at you via Twitter, you are not a victim, and you need to stop making yourself the story. Cronkite would be ashamed of you.

The Debate Continues: “As people in the blogosphere and beyond hotly debate a NEWSWEEK story on gay actors, two gay activists try to separate fact from friction.”

Dustin Lance Black makes his statement, which is awesome.

The Perils of So-Called “Straight Talk”: The assumption that airing your prejudices uncritically and as empirical fact is somehow brave straight talk — see Grace, Stephanie — is really the problem here. It provides a more intellectual patina to the same old shit, a more acceptable refuge for people, gay or straight, who want to see their laziest suppositions confirmed. None of which, to borrow Barrios’ words, creates an environment in which change can possibly happen.

A cute history of gay characters and rights in video games since 1972. (@madatoms)

Planet Magazine has this intriguing photo-feature about the Asgarda, a tribe of empowered women emerging in the Ukraine, a country where females are often victims of sexual trafficking and gender oppression. The tribe of 150 women reside in the mountains and seek complete autonomy from men. But wait, it gets better! 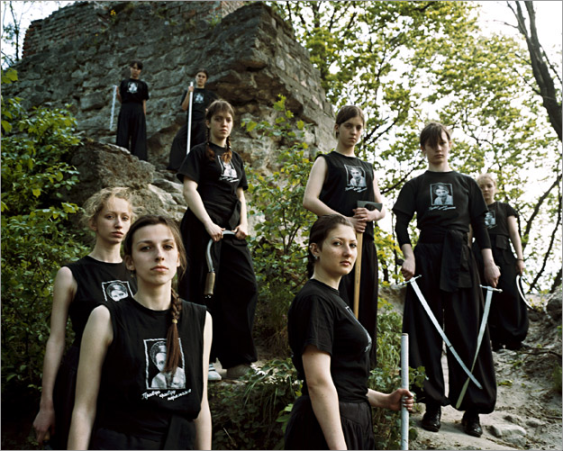 Even more photos of the tribe can be seen on the photographer’s website. (@planet-mag.com)