My dear and darling bad boys of the world, or at least the world I encountered on giant flickering screens, and after-school specials in my grandmother’s orange living room: The first time I walked into the men’s section of a department store, I wanted a leather jacket and a stud kit. I bear a single earring in your name. Long after I exited a world in which the affections of boys such as yourself meant a lick of difference to my existence, I still find myself longing to see your crooked grins and confident gazes in my bathroom mirror.

You wore your masculinity like a ripped flag stapled to the back of a motorcycle seat. You were brave in the face of pimpled class clowns, jocks in football jerseys, and the popular boys with their square sweater vests and cherry red convertibles. When I was in ninth grade, I cried in front of my teacher because the only interactions I knew with boys were ones in which they’d bullied me. I was told as a little girl that boys who teased me were boys with crushes on me. I never understood the dark gap between these so-called crushes and the way words could be fists that crushed all your softest insides. You wouldn’t have tolerated it. You would have smoked a cigarette in gym class and put it out on their bright white sneakers. You would have kicked them in the crotch and ridden your bike into the sunset. There was nothing about you that wasn’t tough and untouchable. I watched you like man looking on the face of God. I’ll never really be that way, I thought, but my entire life would be so much better if I could just muster up a little of the stuff of you. 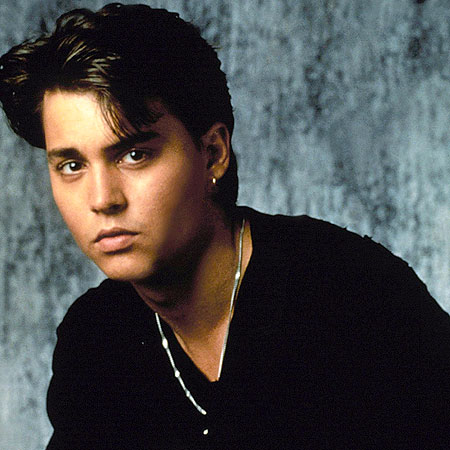 Being raised as a woman often feels like a state of subtraction: continually unhinging your parts, and then handing them over to be examined and judged; giving away your most tender pieces to a society that doesn’t love them back, to people you’ve been raised to take care of, take the blame for, keep hanging onto even when it’s clear they’re bruising the chunks you’ve let them handle. By the time I reached my twenties, I could run my hand down my body and feel massive gaps where I’d hollowed out whole segments of myself. I don’t know where those pieces are now. I imagine them broken up over time in the bottom of people’s backpacks or pockets. Maybe they have been carried off by ants, and tunneled deep into the earth. I imagine my first kisses buried under oak trees, or feelings I never should have shared scattered along a beach.

But you never gave anything away. You didn’t feel obligated to take what you were given with a smile. You had an attitude that kept you safe from the self-sabotaging thoughts that are girlhood’s inheritance. Your gender isn’t known for spilling their guts, much less the contents of their hearts. If there was a bleeding heart on your sleeve, you were a celebrated rarity. Whatever emotions you allowed to be leaked out into a girl’s open palms were diamonds in her hands. I was raised to feel like I was too emotional, that my tears were hard little shames that should be silently spilled into the many pillows I clutched throughout my adolescence. No one would see the tears I cried as desirable or attractive or a secret glance into the hidden recesses of my tortured soul. Teenage girls are made to believe that we all carry the same mundane amount of misery. Our heartaches are portrayed as laughable, and it’s seen as silly when we sob over unfulfilled crushes and days when we can’t look in the mirror. “Every teenage girl thinks she’s hideous,” I once heard a male teacher joke to his class. Of course we do, I had wanted to say back to him. The whole world tells us we are. They tell us our desires are silly, that we are either helpless or prom queen. I went to the prom, and I went alone. My dad picked me up and I cried the whole way home in his minivan. I keep telling myself that I’m supposed to be over my adolescence. It shouldn’t bother me so much that I spent most of it lonely and sad, but I still wish I’d been you. I would have chain smoked in the parking lot and drank whiskey out of a flask, and when they’d played the last dance, the girl of my dreams would have found me on the floor and revealed her love for me, just like she always did for you. 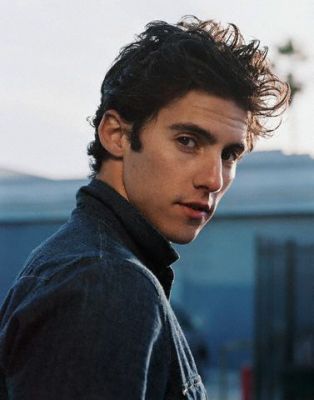 And that’s the thing, boys. Do you know why I wanted to be you more than anything else? More than your leather jacket and your flannel vests and your ability to painlessly flip the bird at anyone who did you wrong? Your rough edges were desirable. You were attractive to all the girls because you had secret pains and dark pasts and the worst parts of you were the reasons they wanted to be a part of your life. I’ve spent a handful of years trying to patch up all my cracks and hide them away before letting someone figure out they’re under there. I’ve been afraid that the rough edges are what will stop her from loving me, because how could anyone love something broken? But they wanted you for your broken parts. ‘Broken’ on you was sexy and desirable.

You probably wouldn’t get the girl forever because the audience knows that the story will have her go for the nice guy in the sweater vest. That’s how stories work: us queer usually committed suicide, went crazy, or ended up murdered, and you bad boys rode off into the distance in search of other conquests. Losing the girl didn’t matter, though, because it was enough for you to be desired. That was enough. And this is the endless and tiring queer dilemma. Because we are othered, because we are rejected, because we are rejected due to our desires and often those desires are wrapped around desiring the “wrong person,” something about that stuck to my ribs. I’ve found myself falling for so many unavailable people that I know how you have to sometimes build yourself up in the small space of aspiration and desire. It ain’t going to turn out pretty, I tell myself. There won’t be white picket fences and rosy-cheeked babies and dreams coming true like pop songs, but at least she thought I was attractive. At least she wanted me for a little while, we tell ourselves, at least we are valid in that part of our existence. At least, we think, there are still parts of us that are wanted, that are needed, that feel warm and comforting to someone else’s body. 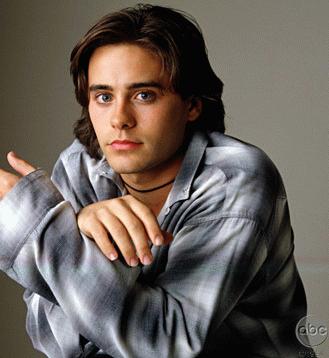 I guess that’s what we’ve got in common. It’s strange that I held onto you so tightly, because there were strong women in the books I read, whipsmart girls who battled monsters and saved their kingdoms. Maybe it’s because at the end of the days, those girls and I knew the same battles. We’d still always be bodies that were socialized to be girls, to be constantly policed, deprived of agency, told what we can and cannot do. But you had freedom, and your freedom was intoxicating to me. Resistance for us was and is dangerous, but for you it was a badge of coolness. You could move in and out of spaces with ease, and you could do it with a smartass remark to the one holding the keys. Queerness is a different kind of resistance from yours, I do see that now. I see that many of the things I assigned to you as courage are so much braver coming from my body and the bodies of so many other people whose labels were not assigned to them. I see that I am stronger than you are when I stand up for myself, when I reclaim my Otherness and my oppressed existence. You rode through life so easily not just because your attitude allowed you freedoms, but because you were born into a privilege I will never know, and a privilege that still makes you softer on the inside than I am. No matter how tough you may seem, I know my sisters and brothers and siblings and I are tougher. When you got punched, you punched back. When we get punched, we gather around the wounded and we all punch back together. You were a lone wolf, and maybe I am too sometimes, but my community is everything to me and it’s what makes me bigger and better than the shade of you I used to try to wear. I’ll still wear my single earring, but it doesn’t just stand for you anymore. It stands for me owning myself, even in little pieces.