“Beautiful, handsome, and ever charming, these 1920s-1940s Butches await your celebration, your admiration, and, of course, your color schemes,” writes Sasha T. Goldberg for the Butch Lesbians of the 20s, 30s, and 40s Coloring Book by Avery Cassell and Jon Macy.

Below: your very own printable coloring book preview and mini history lesson. Ten points to anyone who uploads colored-in pages in the comments. 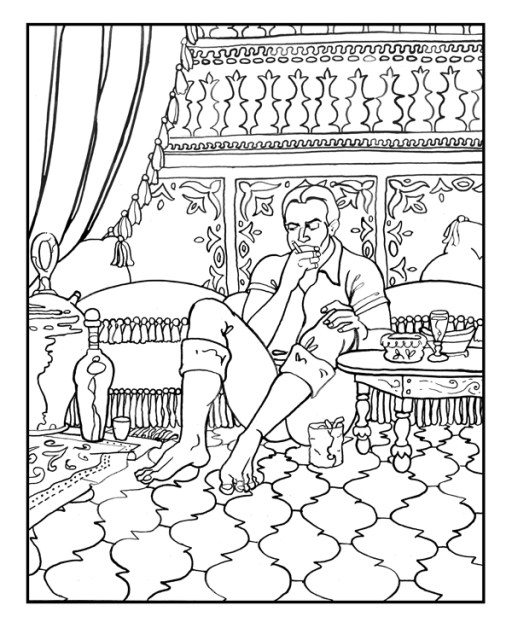 Cherifa, aka Amina Bakalia (1928 to the late 1990s), was the first woman grain seller in Tangier, Morocco; an out butch lesbian; and a notorious womanizer. Her twenty-year affair with American novelist Jane Bowles is captured in A Little Original Sin: The Life and Work of Jane Bowles by Millicent Dillon. 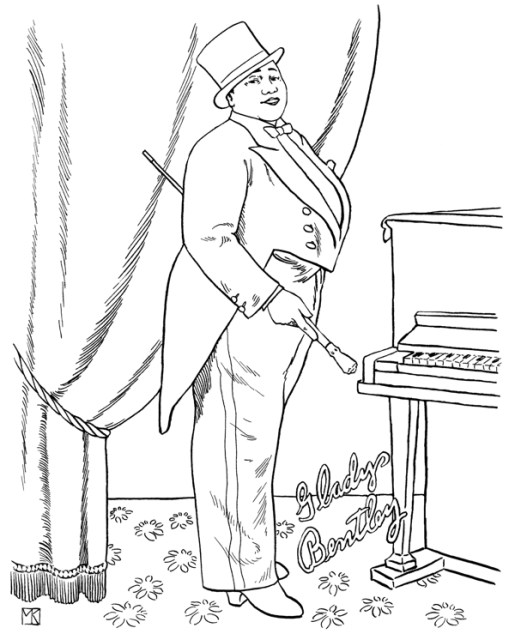 Gladys Bentley, aka Bobbie Bentley (1907–1960), was a renowned blues singer during the 1920s and 30s and a pianist and entertainer during the Harlem Renaissance. In 1931, she scandalously married her white girlfriend in a civil ceremony in New Jersey, which later led to an investigation by the U.S. House Committee on Un-American Activities and McCarthy-era pressure to (unconvincingly) renounce her lesbianism. 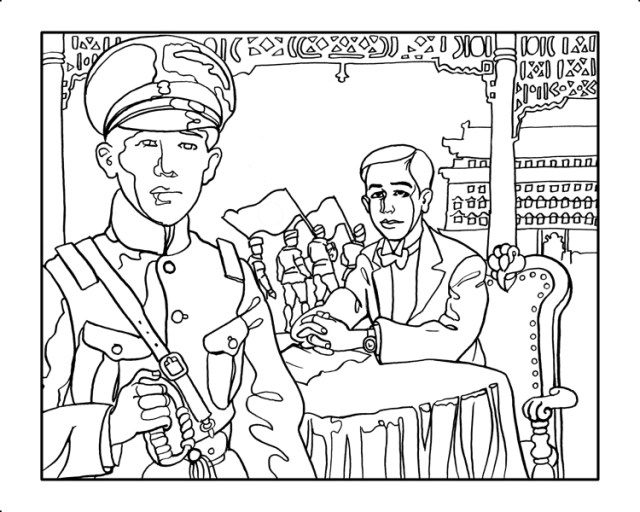 Yoshiko Kawashima, aka the “Joan of Arc of the Manchus” (1907–1948), was a Chinese princess who cut her hair off and began to wear men’s clothing at age 18. She was a spy for the Japanese Kwantung Army, and after the war was captured and executed by the Republic of China. In life, she was bisexual. In the Chinese language, her name is synonymous with “female spy.” 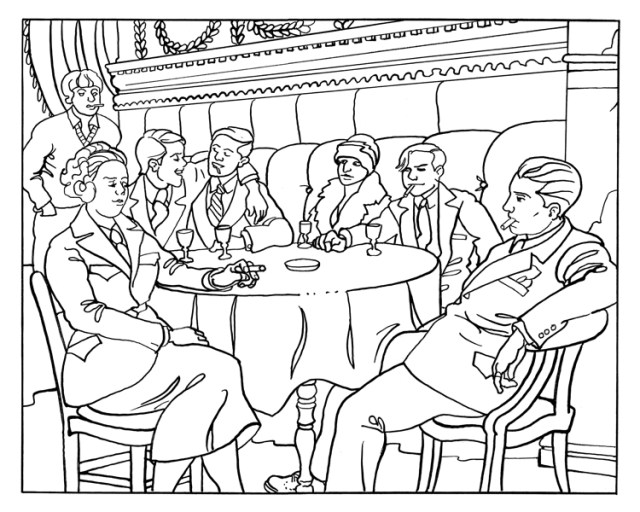 Cigars in Berlin by Jon Macy

These anonymous butches are smoking cigars at the women-only Damenclub Violetta in 1920s Berlin, what Cassell calls “the lesbian capital of the universe” until Nazis took over. 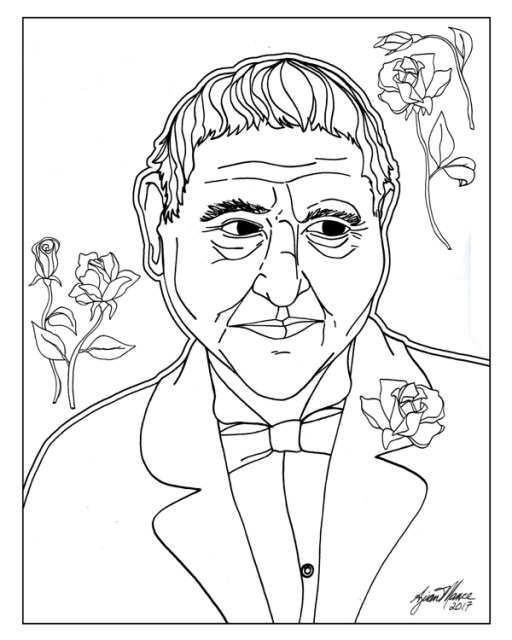 Gertrude Stein (1874–1946) was a novelist, poet, playwright, art collector and patron, and overall force in the Parisian avante-garde. She was married to Alice B. Toklas for 36 years, and together they ran a salon, escaped WWII, and wrote a ton of love letters.