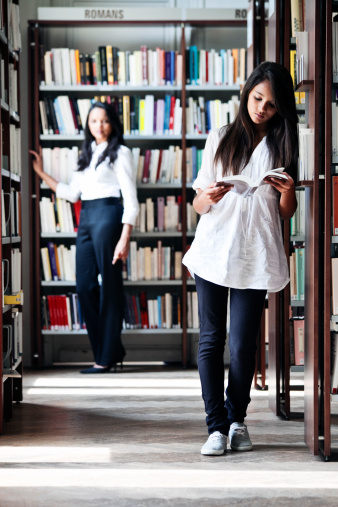 California Governor Jerry Brown signed into law today SB 48, the controversial bill which will require California’s public school textbooks to include the contributions of lesbian, gay, bisexual and transgender Americans. This is a big deal that we’ve been discussing for a while now as we’d all like to imagine a world where everyday Americans know more about gay history than what was covered in Milk. It’s an even bigger deal because, as we talked about last week, California makes up 13% of the textbook market which is the largest market share of any individual state. Does this mean that “as goes California, so goes the nation?” Maybe. More on that in a minute.

“History should be honest. This bill revises existing laws that prohibit discrimination in education and ensures that the important contributions of Americans from all backgrounds and walks of life are included in our history books. It represents an important step forward for our state, and I thank Sen. Leno for his hard work on this historic legislation.”

Mark Leno, the Senator who introduced the bill, had this to say about it:

“This will benefit all students by better informing them of the civil rights movement of the LGBT community. Denying them the fact of this historical chapter denies students a better understanding of their fellow classmates who may be a part of this community.”

This is hardly the first measure passed to require inclusion of minority groups in public school textbooks. The SF Gate reports: “By signing the measure, the governor adds LGBT Americans, along with disabled Americans and Pacific Islanders, to an existing list of groups that must be included in social studies instruction.”

However, the inclusion of disabled Americans and Pacific Islanders represents really only a fraction of the numerous diversity requirements imposed upon textbook manufacturers, at least in California.

See, on the other end of the ideological spectrum we have Texas, the second-largest textbook market after California. In March 2010, the Texas Board of Education “approved a social studies curriculum that will put a conservative stamp on history and economics textbooks, stressing the superiority of American capitalism, questioning the Founding Fathers’ commitment to a purely secular government and presenting Republican political philosophies in a more positive light.”

Given the strong conservative hold on the elected state board in Texas, it is not surprising that the board demands that its textbooks are patriotic and respectful of religion. Given the strong liberal character of California politics, it is not surprising that its state guidelines demand equal time and respectful representation of gender groups, ethnic and racial groups, and all minorities.

In 2006, The Wall Street Journal did a feature story about the guidelines for diversity in textbook imagery, which framed these requirements as reflecting “censorship” and “political correctness gone awry”:

McGraw-Hill’s guidelines for elementary and high school texts require the following: 40% of people depicted should be white, 30% Hispanic, 20% African-American, 7% Asian and 3% Native American. Of that total, 5% should be disabled and 5% over the age of 55. The Harcourt Education unit of Reed Elsevier PLC requires its elementary textbooks to include about 50% whites, 22% African-Americans, 20% Hispanics, 5% Asians and 5% Native Americans as well as 3% disabled.

The Journal also concluded that “the purchasing decisions of these major customers (California, Texas and Florida) can make or break a textbook. California, which is 35% Hispanic, is the nation’s biggest market and its adoption process sets the pace for the country.”

These liberally-associated “political correct” mandates have drawn their fair share of criticism (issues around Muslim representation in school textbooks, for example, have been particularly heated), some warranted and some not.

Back in 2003, many critics were already up in arms about new standards of political correctness for textbooks which allegedly prohibited things like depicting African-Americans as story villains, American Indians with long braids, men as lawyers/doctors or women as doing household chores. At that time, Sue Stickel, the deputy superindendent for curriculum and instruction at the California Department of Education said:

Despite cries of censorship, Fox reported that “textbook publishers admit they are in a bind. They say if they don’t adopt the changes made by large states like California and Texas, they would suffer severe economic consequences.”

So which way will the country go? Will California set the new standard, or Texas?

Both initiatives are ostensibly pursuing the same standard – ensuring that the material our children learn about the world from represents The Truth About America. The real issue here is of course, as always, that no one can agree on what that truth is. It seems safe to guess that to the people involved in textbook curriculum in the state of Texas, the most “honest” history of America really is one of patriotic values and Christian principles bringing democracy into the world, and that the alternate story about our nation’s founding that includes imperialism and genocide just isn’t the way it happened. They want their kids to learn the real deal, not a “fabricated PC version” – which is what this bill in California really does seem like to them. That’s why opponents have called the bill “absurd” and “indoctrination” and claimed it’s an attempt to lure children towards homosexuality – because when you truly don’t believe this version of history is real, there doesn’t appear to be another explanation.

And that’s what the big deal is – for most of our nation’s history, that stance was virtually unanimous. It’s huge that gay kids will finally be able to see that they have a lot of incredible predecessors, and that straight kids will learn that gay people both exist and are deserving of respect.

But it’s also huge that there are people who have worked to make this happen – who have stood up to say that this is the truth about our nation, that gay people and their contributions to our culture are part of the real America, and that it’s important to acknowledge it. It reflects a shift that’s about more than just educational policy; it means that people are now seeing something that for most of history they fought to avoid having to look at, and that something is us.