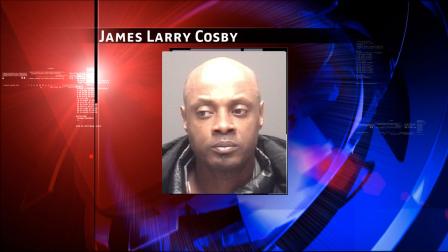 ABC News affiliate, KTRK in Houston reports that according to the Galveston County Sheriff’s Office, it appears the murders of the two women happened in James Cosby’s home. The investigation is still ongoing and can lead to other charges. He is being held in the Galveston County Jail on a total of $500,000 bonds.

Last night Britney Cosby’s family and friends held a vigil for the 24-year-old, where James Cosby spoke to the local TV news station. “You can’t really put something like this into words,” he said. Cosby is a registered sex offender who, in 1994, was convicted of sexual assault of a 22-year-old female.

KTRK in Houston reports that Britney Cosby and Crystal Jackson were “friends” but were actually a couple, just to be clear.

This is heartbreaking news. I’m sending positive vibes to the family and friends of the two women.

UPDATE 8:47 PM: MyFoxHouston reports that the Sheriff of Galveston County says he believes James Larry Cosby is the  man responsible for the double murder. As we said above, Cosby was a registered sex offender convicted of sexual assault in 1994. MyFoxHouston reports that he was released from prison in October 2013, for a different charge. The sheriff said he’ll likely be charged with murder but “Sheriff Trochesset would not say why Cosby has not been charged with murder just yet.”