Heads up! This has a few bits that could be considered spoilers for House of the Dragon, and also mentions some other rough things.

Sooooo recently I tweeted this:

Lol you thought I needed a trigger warning for a GOT spin-off?! Mama literally everything and anything can happen within like the first 4 minutes

I was obviously referring to the new show House of the Dragon on HBO, a prequel series to Game of Thrones. I wouldn’t go as far as saying I was a HUGE fan of the original series but I did watch the entire thing, wanted to be Arya Stark, and was pretty let down by the finale — okay so maybe I was like a medium fan BUT ANYWAY!!!

I was pretty excited about the new series. I know it’s hard to hear that come from my mouth as a cis Black lezzie but guess what? I was! But back to my tweet.

Here’s the thing, I understand needing and wanting trigger warnings with shows. It sucks to watch something and be having a good time and then boom something happens that takes you to a not-so-pleasant personal experience. I also believe though that there has been enough coverage of the world of Game of Thrones for folks who have seen the show (and haven’t) to know that this world of Westeros is a vehemently violent one that hates women.

Both of these things can be true at the same time.

They may try to hide it by centering the stories of women and their reach for power but in the end, most of the pain and violence is aimed at them. At any turn there could be murder, blood, physical and sexual violence, so when and if you decide to watch — be ready for that. Facts are facts, America, and this is what you are signing up for when you tune in, same with The Handmaids Tale but no one is mad about that show not giving trigger warnings or yelling at me for watching that! (Wonder why? But that’s for another article.)

Do I know why I am interested in watching a show where all that’s a possibility? NO, NO I DEW NAWT — but here I am, part of the problem and doing just that. Because I am doing that I figured, why not share with the class! One of the things I am obvi excited to do is play Dyke Detective and keep an eye out for any gay shit that’s going to happen. Heather started us off last week and gave you the intro and I will be taking it from here for Boobs On Your Tube and if any queerness pops up I’ll let you know over there!

But for now, let’s get into a little background on the show, the characters who are queer on the show (and IRL), and a bit of their queer pop culture history.

Okay — Grab your swords, get on your dragons, toss your morals aside, and let’s get into it!!

Most folks are coming to the show because of one name — Targaryen. Daenerys Targaryen (known by me as Blondie McGee) was at the center of all the shit that happened in Game of Thrones, House of the Dragon takes place almost 200 years before all the shit that goes on in GOT and 172 years before Daenerys was born. It’s all about her blondie ancestors and they are doing what that family does best, fighting over who gets to sit on The Iron Throne. There are a bunch of players but let’s start with King Viserys Targaryen who is like this super “nice guy” king who got the crown lowkey randomly, and his cousin Rhaenys, who highkey should have got the crown, but got passed over because she is a girl — they literally nicknamed her “The Queen Who Never Was” — like ew shady but also lol.

Anyway, she goes on to have a bunch of hot kids (including Laena a dragonrider who could care less about boys) with her husband Corlys Velaryon — he is the Black man in this show about DRAGONS that everyone is upset about because he is Black in this FICTIONAL WORLD ABOUT DRAGONS AND SWORDS. Meanwhile, Viserys ends up having a daughter Rhaenyra with his hottie wife Aemma. Everyone is all like “Yay, I mean like, good for you but where is a boy?” because in this world girls suck and boys rule and gender is still a thing. So they keep trying, and after a bunch of really rough pregnancies that all end in death they have a boy, but Aemma dies (slash is murdered by her husband IMO), and also the baby boy dies too. So Viserys is all like “Fuck you guys, my daughter is great and I’m tired, so screw your rules about girls not being on the throne ‘cos like I’m king and you need to do what the fuck I say.”

A post shared by House of the Dragon (@houseofthedragonhbo)

So everyone does and they like, bow to her but then guess what? Later he ends up marrying his daughter’s BEST FRIEND Alicent Hightower (who EYE think wants to be a little bit more than friends with the princess if you know what I mean) and shorty swiftly has a buncha kids including a son Aegon who folks think should be the true heir to the throne and boot Rhaenyra. Also Also, we can’t forget about good ol’ Uncle Daemon Targaryen who Rhaenyra loves because he’s cool, wild, and free (aka in desperate need of therapy and has hella issues).  He is a loose cannon and also wants the throne, even though he loves his niece, he thinks his brother Viserys should name him heir to The Iron Throne because (at the time) the king had no male heirs.

That’s mostly that, like I said it’s literally the story of mostly white people fighting for power in a world where dragons are real, gender roles matter, and you erotically read books in a field with your bestie/future stepmom.

These are just some of the characters that have been certified queer or deemed queer coded by me and other dykes online who watch too much TV.

Queerness in the show, IRL, and a bit of queer pop culture history of some of the actors. 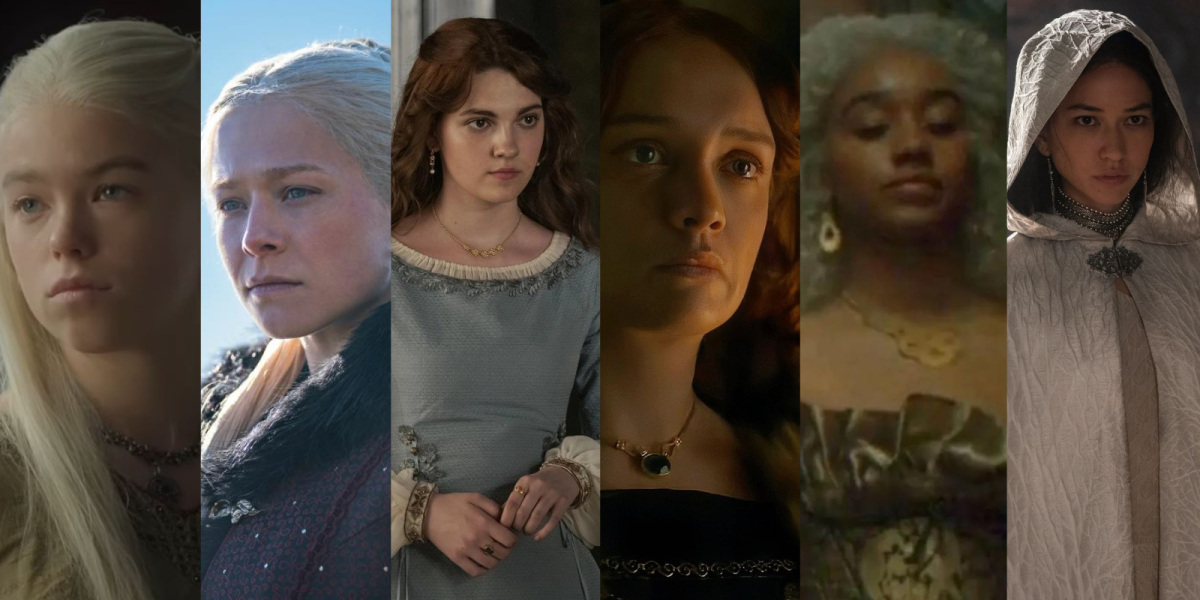 The actor is Non-Binary! I know that we all know that non-binary does not always equal queer but how dope is it to have an enby actor on a big ass HBO show! They were also in the show Truth Seekers playing Astrid who a lot of folks think is a queer character.

Not confirmed queer by the series BUT the actors who have played the princess have said she is queer coded in some way.

The actor is openly queer and uses she/they pronouns!

Folks think her character Amanda in the 2017 film Thoroughbreds was queer.

Again, all the actors who play the future queen say she is def giving off queer vibes for her bestie Princess Rhaenyra. 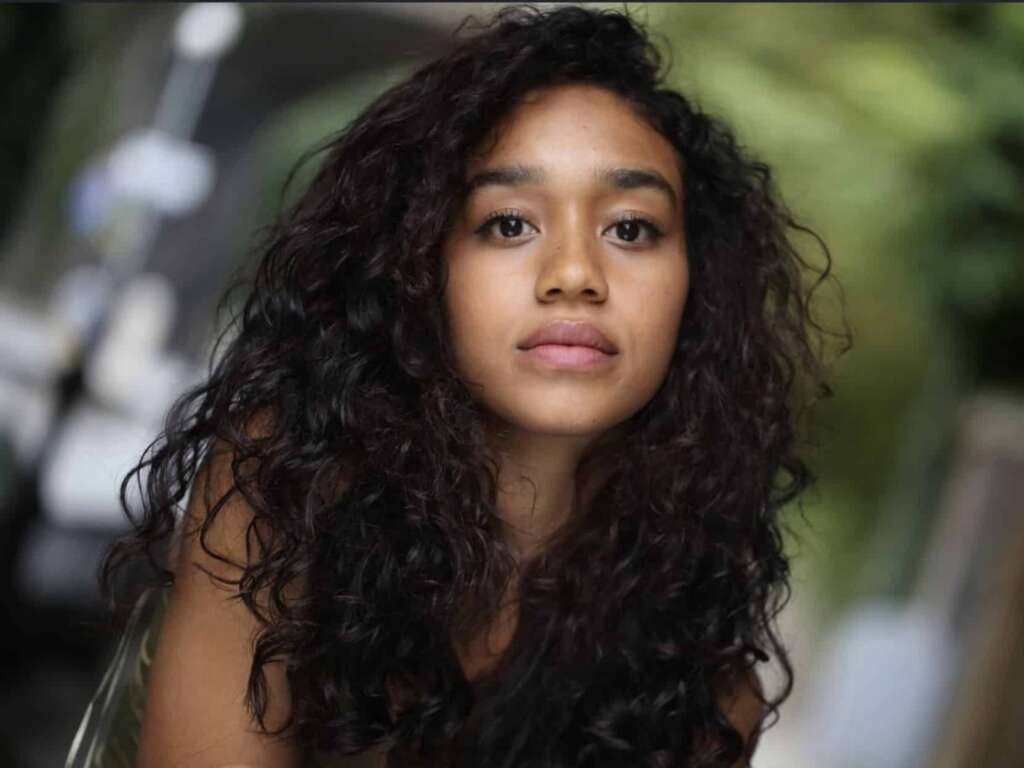 The actress has played queer in the past, in a short called Ladies Day and as a sorta/kinda space cop in the British SciFi series Intergalactic. 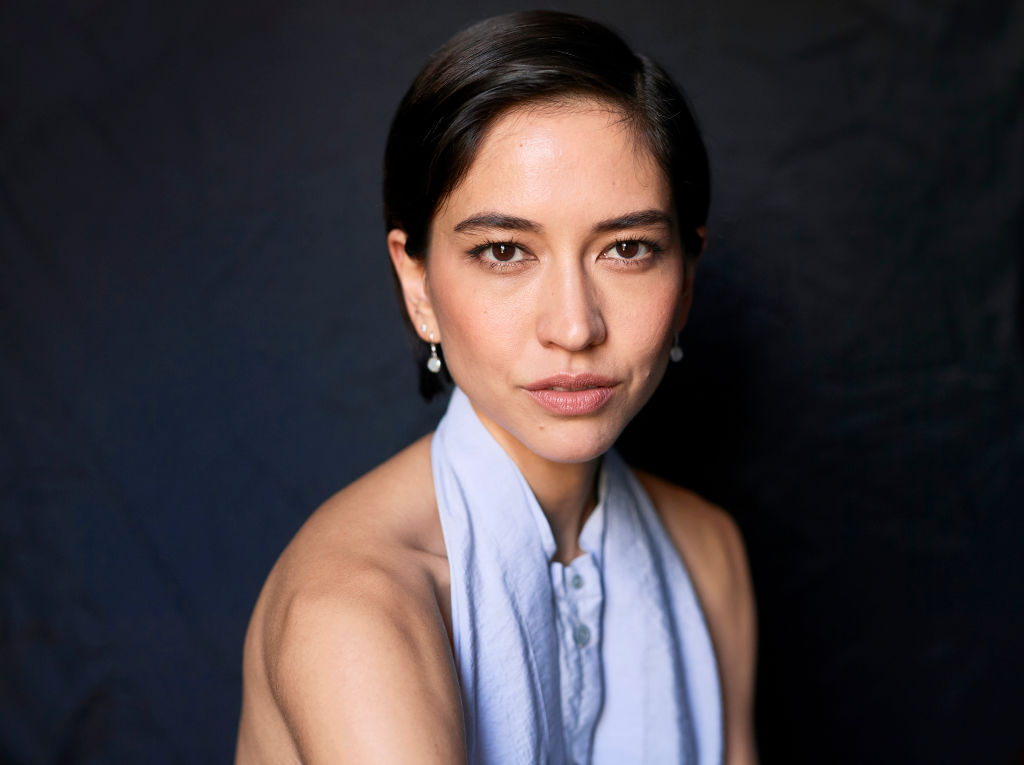 The actress has played queer before in the film Am I Ok?

I mean — I’m going to watch. It’s not like I am going to scream from the rooftop for everyone to watch with me but yeah, I am excited for it. I truly don’t expect much queerness, at least not any that’s not from the eyes and minds of a buncha male writers (this is a world built by a grown ass man where teenage girls marry men three times their age) but if it happens I’m gonna cover it — and either rip it apart or be happily surprised.

So watch along with me (it comes on Sundays at 9 EST) and tell me what you think. Also, let me know in the comments any more queer connections I might have missed — happy dragon riding babes.

Join A+
Related:game of thrones