The other day Laneia promised me that I would fall in love with Bonnaroo artist Samantha Crain, and guess what!? I did, madly and deeply, and I think you will too. 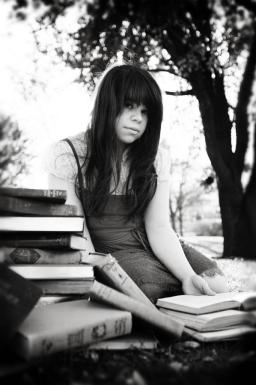 My introduction to Samantha quite literally happened maybe 40 minutes ago, and so I’m not an expert (yet!), but here’s what I’ve learned so far: Samantha is an Oklahoma born and bred singer-songwriter whose voice Rolling Stone magazine has quite accurately described as “gorgeously odd.” Her sound is best described (by me) as a little country, a little folk and a little indie rock, all while being wonderfully dark and soulful. Have a listen.

Samantha’s earned a reputation as a storyteller, and from my first impression rightly so. Her debut release, The Confiscation EP, A Musical Novella, was a short collection of stories about redemption and betrayal, while the quality of the songwriting in the debut album that followed, Songs In The Night, earned her critical acclaim.

Check out some of Samantha’s music and then rub your hands together in glee, ’cause the good news is that her new album, You (Understood), is set for release like, right now! Which gives you just enough time to learn the words for the sing-a-long that Laneia and Sarah will lead from the crowd as Samantha performs at Bonnaroo.

In the meantime, here’s a video taken at SXSW09 of her performance in the band Samantha Crain & The Midnight Shivers. Enjoy.