Ever since I was a little girl, I’ve found myself drawn to darkness. To horror, fantasy, and sci-fi. To demons, witches, fallen angels. People on the margins have long been relegated to the dark corners of society; it is no wonder that those of us who are queer or black or woman or all three have found some kinship with the shadows, an urge to tap into the hidden aspects of our nature.

Through embracing this darkness, black women have found an integral place in Southern Gothic literature.

People have been entranced by Gothic literature since the 18th century. Named for the dramatic pseudo-medieval architecture that was popularized in the 17th century, Gothic literature emerged as a subset of Romantic literature and employed terror, suspense, and the supernatural. It’s characterized by moral decay and higher-level societal critiques. When the genre made its way to the US, the looming castles were replaced with antebellum homes, red dirt, and swampland. Southern Gothic, the ever-popular subset of American Gothic literature, is a successful evolution of the genre because of elements of danger and decay are already intrinsic in the American South. Though we have been erased from much of the so-called canon, Southern Gothic literature is inherently and necessarily black and feminine. 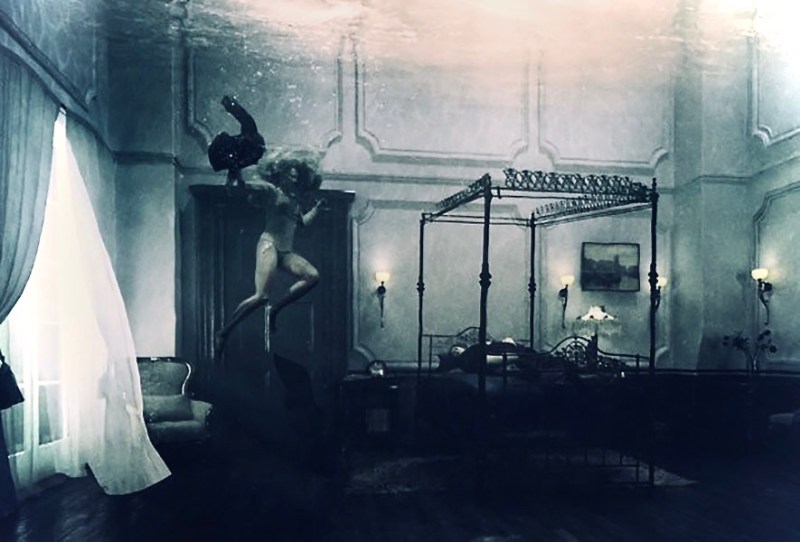 My most prominent introduction to the genre was Beyoncé’s Lemonade. When the visual album was released three years ago, I was enthralled by the powerful, witchy imagery of black women and the depth of their anger, joy, magic, and despair.

Black women birthed America. Literally — their descendants populate the entire country. Metaphorically — black women’s labor, food, love, pain, and sacrifices fed and grew the land we now lie on. For many black Americans, the South holds a bittersweet place in their heart; as much home as sorrow, as much ghostly as ancestral.

Black women have long turned to art to unpack, remember, and heal from our collective herstory, and black women’s Southern Gothic blends West African mythology, Christianity, voodoo, mysticism, ghost stories and more to create a uniquely African American art form. Our role in this storytelling has become a powerful way for us to excavate the past and mold our futures. 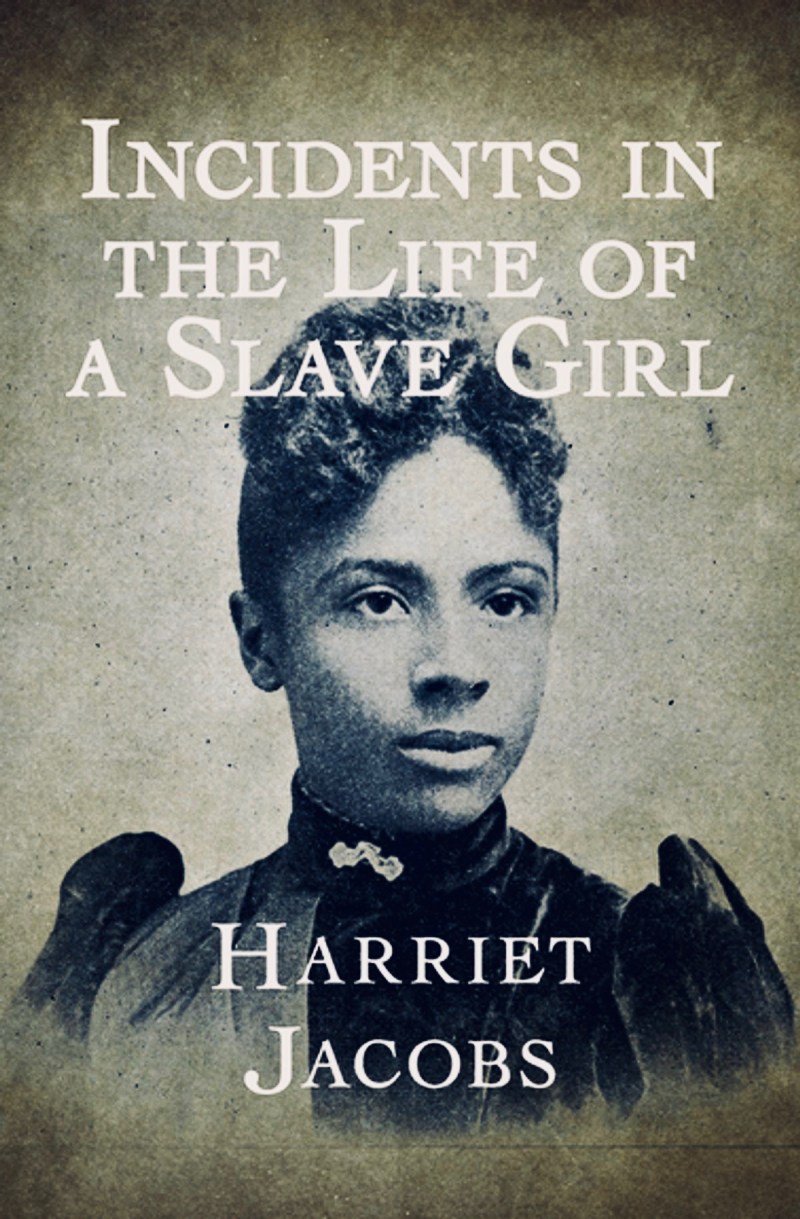 Harriet A. Jacobs Incidents in the Life of a Slave Girl (1861)

Initially serialized in the New York Tribune under a pseudonym, Incidents in the Life of a Slave Girl made Harriet A. Jacobs one of the first black women to publish a book in the United States and uses classic Gothic constructs to share her experiences as a slave in North Carolina. Harriet and her work fell into obscurity during the Civil War, but was rediscovered and authenticated during the Civil Rights Movement, becoming a canonical first-person slavery narrative.

Written primarily with an audience of white women abolitionists audience in mind, Jacobs’ story doesn’t shrink away from the horrors she faced. Instead, it exposes the grotesque world of her enslavement. Jacobs used her sexuality to escape slavery; she revealed that despite the shame it caused her, she chose to take a white man as a lover both to spite her master and to give herself and her children a better chance at freedom. A woman who took control of her sexuality and went on to escape north to work with Frederick Douglass? What a feminist icon.

As a work of nonfiction, Jacobs’ Incidents in the Life of a Slave Girl, of course, does not utilize supernatural Gothic elements, but her soul-baring prose laid the groundwork for the authors and artists who walked in her footsteps. 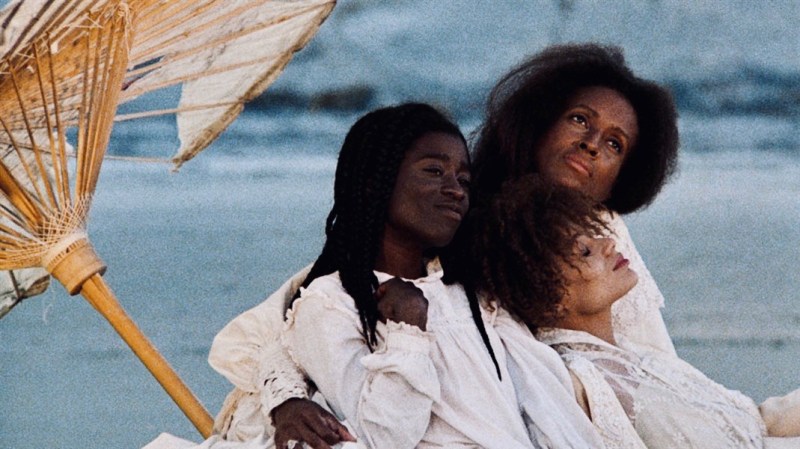 Julie Dash’s cinematic masterpiece Daughters of the Dust is narrated by an unborn Peazant family daughter and follows the Peazant family as they prepare to leave their Gullah island community off the coast of Georgia. The family matriarch, Nana Peazant, wears an indigo dress and mourns the imminent loss of her family. The other women, dressed all in white, look ahead as they ready themselves for a brighter future.

Migration has been a constant theme in black history. Whether through self-determined migration like Peazant family’s move North or that first terrible voyage across the sea, we have been left both resilient and untethered by our movement. My grandparents took part in the Great Migration of Southern blacks to the Midwest, North, and West Coast to escape the chokehold of the Jim Crow South. My Granny speaks fondly of spending summers with her grandma in Mississippi. My late Nana loved her time in Arkansas at her grandparents’ farm. And neither of them ever went back.

Despite all the South has put my people through, it calls to me.

Black Southern Gothic contains a curious lightness. Black skin bathed in sunlight, bodies of water, and joyful songs are common. Authors seem to fill a need to embrace freedom, lightness, and purity that had been stripped from us. This lightness serves as a foil to the muck we’ve waded through and the specters that haunt our families.

In works like Daughters of The Dust, magic bumps up against reality. There are no tell-tale hearts, no ghosts in the attic. Instead, ancestral magic flows freely through day-to-day rituals in the tradition of magic realism.

Tension arises in Dust when Nana Peazant insists on preserving her traditional rituals while her relatives have adopted Christianity. She places a piece of her own hair, along with the hair of her mother, in a locket to keep her relatives safe as they leave home:

“Now, I’m adding my own hair. There must be a bond . . . a connection, between those that go up North, and those who across the sea. A connection! (a few beats, then) We are as two people in one body. The last of the old, and the first of the new. We will always live this double life, you know, because we’re from the sea. We came here in chains, and we must survive. We must survive. There’s salt-water in our blood.”

This tension is reflected today in the small but growing movement of black witches and traditional African religion practitioners moving away from Christianity. The church has been a place of solace for generations of black people. But for many, it is a reminder of bondage, a source of patriarchy and even abuse. It’s especially fraught for queer black women, who have often been told explicitly that we are not welcome. I can recall one particularly harrowing skit at church about a lesbian sent to tempt an unsuspecting teenage girl into a life of sin.

Magic, folklore, and ritual connects us to a deeper past and lights a way forward. 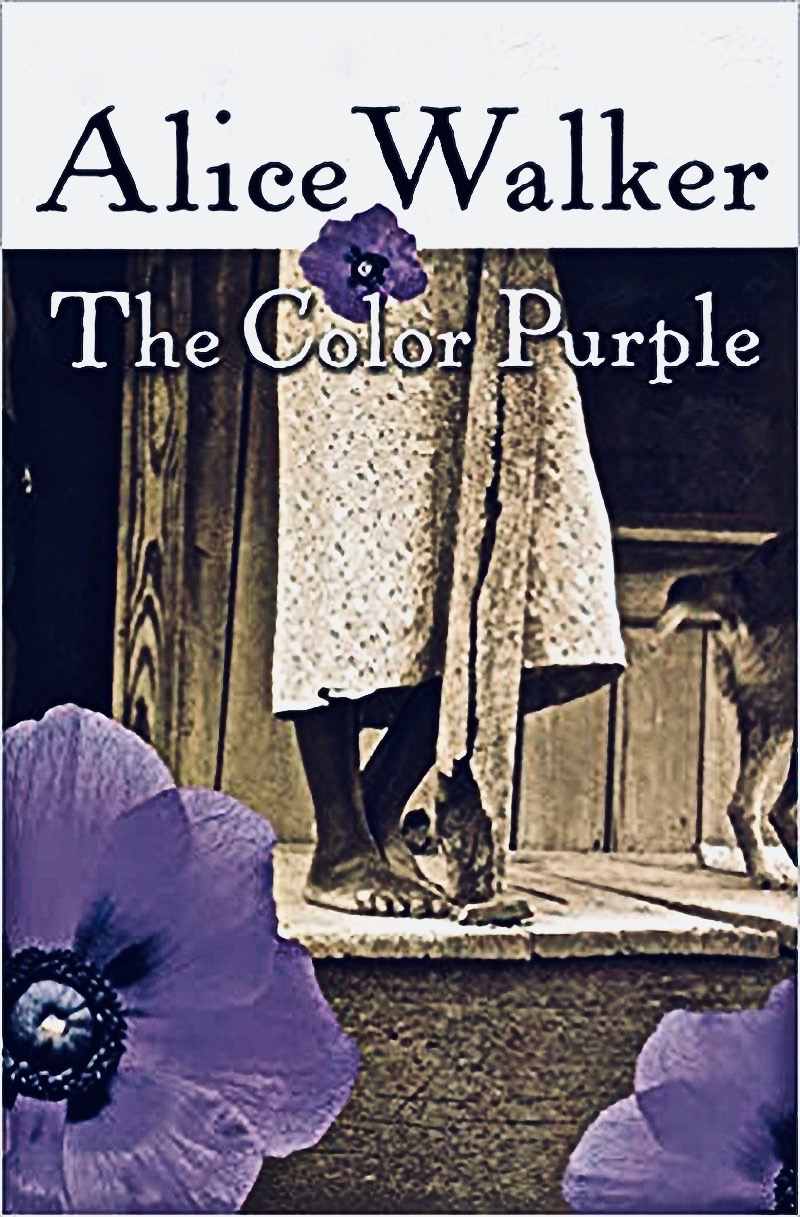 Sexuality and a Queer South

When I was in high school, I stole a copy of The Color Purple from my high school’s library. Shug taught Celie about sexual pleasure, and it was the first time I had ever seen a black woman’s sexuality explored as something positive and independent from men. Their friendship and eventual heartbreaking romance was the first time I had seen a black lesbian relationship… anywhere. It would take me years to come out as bisexual, but The Color Purple stuck with me. After surviving decades of horrific abuse, Celie has her first tender, positive sexual experience with a woman. They go on to form a close, if deeply flawed, connection for the rest of their lives.

There isn’t a tremendous amount of representation of black lesbians in American Gothic literature. The tripled marginalization of queerness, blackness, and womanhood means seeing queer black women in art of any genre a precious rarity. Yes, there’s a danger in being a queer black Southern woman. But also a deep beauty.

I can’t help but wonder how many black women throughout history have sought out sexual and spiritual healing from one another, and what relationships have been erased by rampant homophobia and sexism. 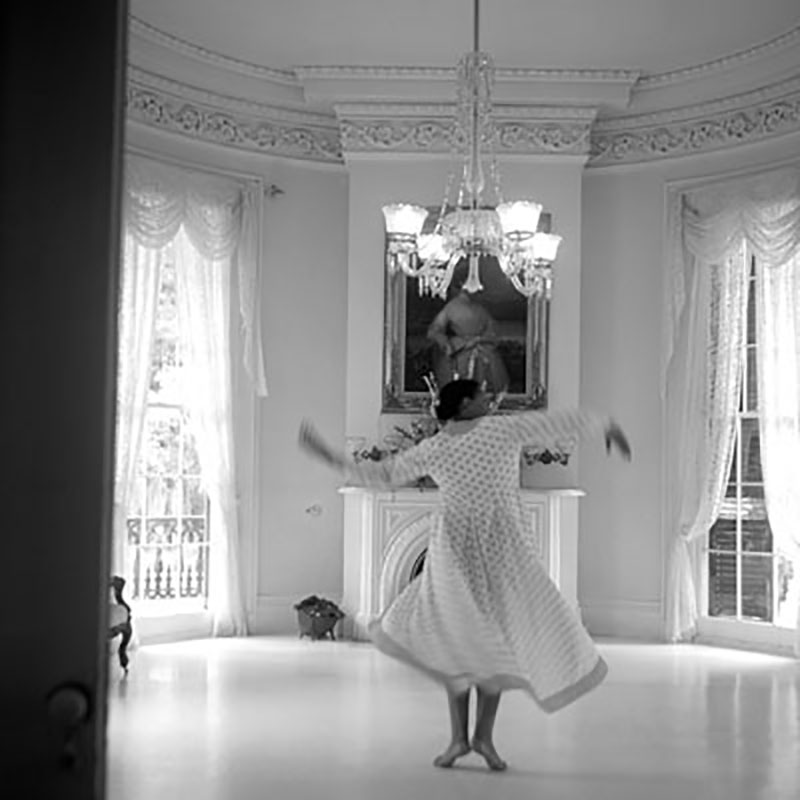 The prolific and divine Carrie Mae Weems has been producing haunting black and white photographs of black people for thirty years. “The Louisiana Project,” her photo series for the bicentennial of the Louisiana Purchase, is an eerie and stunning exploration of Louisiana’s rich history. Her back to the viewer, Weems explores the ghostly grounds of an antebellum estate. Barefoot in a loose dress, she seems at ease as she dances through the halls and peers out at the vast country landscape. Whenever I view these images, I am struck how liberated and self-possessed Weems seems. This black woman has made a home for herself in a place haunted with hostility, the ornate halls echoing with the dark whispers of a none-too-distant past.

I’m a visual learner, so I am enthralled by the aesthetic elements of Black Southern Gothic work. As a senior in college, I drew inspiration from “The Louisiana Project” to create “We Wear The Mask” — my thesis in solo performance. I’ve long been interested in the different spaces black women occupy, whether by choice or as relegated by societal constraints. In my project, I chose to focus on the different archetypes of black women: the Mammy, the Jezebel, and the Tragic Mulatto.

My performance was a collage of found material from theatre, literature, music, art, and academia. I used the dynamic movement captured by Weems’ photos as the basis of my pseudo-choreography. The opposition inherent in her images — black and white, womanhood and patriarchy, playfulness and solemnity — informed my work. I created a script that wove back and forth through time and was bookended with despair (Dunbar’s We Wear The Mask) and hope (a saucy quote from Suzan Lori Parks). The piece itself is right now relegated to the annals of academic history and lives on somewhere in Barnard’s digital archives, but the introduction to Weems’ images have stuck with me as I build my creative career. She reminds me that I have the power to carve out space for myself.

I’d be remiss to go without acknowledging three literary giants: Zora Neale Hurston, Toni Morrison, and Octavia Butler. Hurston’s Their Eyes Were Watching God is a lush, romantic, and heartbreaking example of the genre. Butler is known for her science fiction, but her time-traveling multigenerational novel, Kindred is quintessentially Gothic. And though many of Morrison’s novels fit squarely in the genre, Beloved stands out as a Southern Gothic jewel and overall literary masterpiece. There are so many works that I have left out and so many more to come.

Black women mean everything to me. I want the world for those of us alive today and those of us to come. Black Southern Gothic fosters my connection to history, family, and an ancestral magic I can sometimes feel in my bones on the right kind of rainy afternoon. It provides a space for the healing of generational wounds while allowing us to remain in contact with our past. I look forward to seeing the ways we will continue to recreate ourselves. We are infinite.

Krista has written 1 article for us.