There’s a moment in last week’s episode of How to Get Away With Murder when I think it’s finally going to happen: Tegan and Annalise are finally going to kiss. They’re sitting on the floor of Annalise’s apartment, Tegan having just spilled the details of her heartbreak and shared her genuine admiration for her colleague, and Annalise reaches across to brush the hair out of Tegan’s face. That move is almost always a precursor to intimacy. It’s a moment of genuine warmth between the pair — perhaps, the most honest moment the two have ever shared — and I think, finally, it’s going to happen.

I’d hoped for this moment since we found out Tegan was a lesbian. Not because I was invested in them necessarily — I learned the hard way not to invest in Shondaland ships — but I was invested in what they represent. As Viola Davis said when she was first cast in the role of Annalise Keating, there’s no precedent for this: No where else has a 50+ year old, dark-skinned woman, who is not a size two, been allowed to be sexualized — to be sexualized as queer — on screen, ever. Every time Viola Davis kisses someone on HTGAWM, it feels like a victory; every time Viola Davis kisses another woman on HTGAWM, it feels like a triumph. They’re all groundbreaking moments. I relish each one and long for the next.

But this time when, instead of a kiss, Annalise breaks the tension between them by offering to get Tegan some food, I am surprisingly relieved. Partly because Tegan’s drunk (more on that in a minute) and I’d rather their first bit of physical intimacy not be tainted by alcohol, but also because the window that HTGAWM has offered into the lives of these two drastically different queer women of color has become the far more groundbreaking than a kiss between them would be.

Over the last two episodes, How to Get Away With Murder has shown two black queer women — both at the height of their careers — grapple with power and, most recently, with their queerness. It’s rare to see any queer woman of color wrestle with either these things on television but two… at the same time… to very different ends? Completely unheard of. 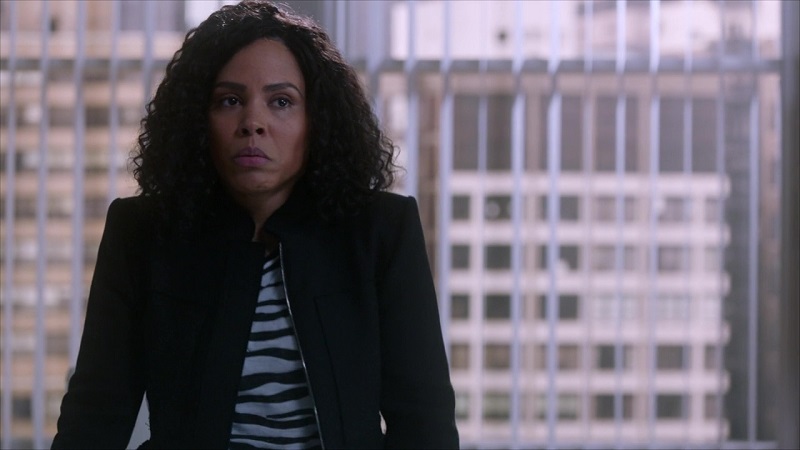 Annalise met and fell in love with Eve Rothlo when they were both students at Harvard Law, but Tegan? She was too busy for love. You never get the sense that Tegan was bothered by her identity as a lesbian — it didn’t provoke same kind of existential crisis in her that it did for Annalise — but, like everything else, love was just another distraction she didn’t need. You imagine that she must’ve fallen in love with Cora Duncan almost by accident, a brief detour on her path to world dominance, because it’s a love (and “the best sex of her life”) that she readily sacrifices to move up the corporate ladder.

“I loved Cora, not just for the sex, but I love my job more,” she told Michaela back in Season Four. Years later, when Tegan realizes that “all the late nights, ass kissing and no sex” weren’t worth it, it’s too late: Cora’s left her, hooked up with a man and wants a divorce.

Invariably, negotiations fall apart. Tegan learns that Cora’s new relationship ended six months ago but Cora didn’t tell Tegan because she feared being asked to reconcile. Stung, Tegan pushes for answers about how their relationship disintegrated and gets confirmation that Cora began an emotional affair before their separation. She doesn’t allow her emotions to show in front of Cora; instead, she responds to the rejection in the one way she’s always known how to: She makes a grab for power. Negotiations are over, Tegan pronounces, and she’s going to take Cora for everything she’s worth.

Later, Tegan shows up at Annalise’s door, three sheets to the wind, to lament her broken heart. She adorably acknowledges that she arrived already drunk, rather than bring the alcohol with her, because she respects Annalise’s sobriety. She collapses on the floor and laments that she still has tears left to cry over Cora. Annalise comforts her and, though she doesn’t know how much Annalise needs it, Tegan returns the favor.

“Do you know how much I admire you?” Tegan asks. “[Your life’s] not perfect, that’s what I admire. And you don’t pretend it is or that you’re perfect…You’re messy, honest — it can be brutal — but it makes me just want to be near you. I’m glad I know you, Annalise.”

I don’t know if Annalise Keating is really going to be killed at the end of this season of How to Get Away With Murder — and, obviously, I hope it’s all just a ruse — but if she is dead, I’m glad she got to hear that truth from someone first and I’m especially glad she got to hear it at this moment. Annalise’s been rewinding a tape of an old therapy session with Sam Keating… the one that formally turned their professional relationship into a personal one. Everything that Annalise does on that tape, though forward, is a textbook case of erotic transference and everything that Sam does on that tape is a profound violation of his ethical responsibility. Still, with Annalise’s years of internalized shame, all she can hear is what she did wrong. 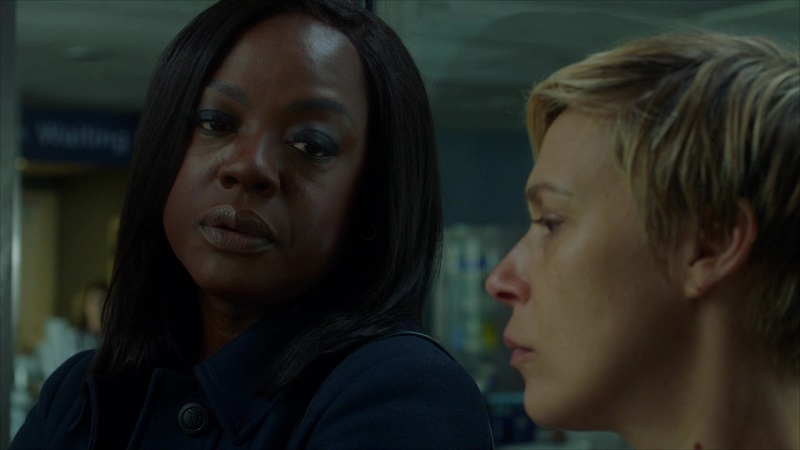 Thankfully, Bonnie’s there to remind Annalise that Sam abused his position — the laundry list of Sam Keating’s other ethical abuses go unacknowledged — and that he, not her, is the source of everything bad that’s ever happened to them. Echoing Annalise’s recent rehab, Bonnie urges Annalise to forgive herself. Then Annalise says it:

The candor of it shocks me. Every opportunity that How to Get Away With Murder has given Annalise to confront her feelings for Eve and the reasons behind their break-up, we’ve gotten a different explanation. Decades ago, in a hotel room in Ohio, when Eve accuses Annalise of running to Sam because she was scared, Annalise tells Eve she wasn’t gay and couldn’t love her in a way that she deserved. Years later, in the kitchen of the home Annalise once shared with Sam, Annalise admits that what she had with Eve was too good and too real and she got scared. None of what she’s previously said has been a lie, but this admission feels like Annalise at her most candid. She didn’t sacrifice love for power like Tegan; she sacrificed it to cling to normalcy.

The next day, Annalise meets up with Gabriel, Sam’s son and her student, to talk about his father and those old therapy tapes. She expands upon her admission to Bonnie. When he asks why Annalise chose Sam over Eve, she answers plainly, “Because he looked like a version of life I’d dreamed about my whole childhood. Big house, nice family, easy smile. He belonged while I never felt like I did.” 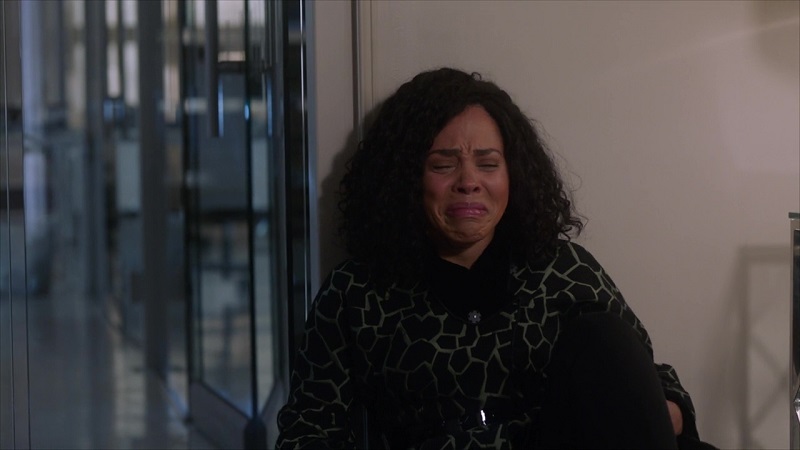 Meanwhile, Tegan and Cora meet back up at C&G and finalize their divorce. Tegan is as vulnerable as we’ve ever seen her, admitting that she’s not over Cora and she misses her. Cora’s response, though? Cold-blooded. She tells Tegan she doesn’t miss her, she’s never missed her. The end of their marriage was less about the man she met and more about just not loving Tegan anymore.

Tegan keeps her composure long enough to sign the papers and put Cora in the elevator but as soon as those doors close, her veneer shatters. She paces around, repeating “I’m fine” over and over again. She hopes that it’ll be true but it isn’t… and the heartbroken lawyer slides to the floor and cries.

Shonda Rhimes built an empire on portrayals of professionally successful women with messy personal lives and Pete Nowalk has taken up that mantle with How to Get Away With Murder, adding a heavy dose of pulp fiction. Even in Shondaland, a few years ago the idea that a show would one day feature not just one queer woman of color in a leading role but two, seemed like too much to hope for. HTGAWM has given us that for the last two seasons.

In its final season, though, the show seems intent on deepening this already unprecedented representation by finally confronting how precisely Annalise and Tegan have moved through their respective worlds as queer women of color. How to Get Away with Murder is showing us the divergent paths they both took — with and without the loves of their lives — to get to this point. Maybe it ends with them sharing a kiss, maybe it doesn’t…. but, regardless, there’s something truly groundbreaking about having them showcased on screen.

Join A+
Related:how to get away with murder