2016 was a rough ride, ya’ll. That much is certain. As I scrolled through my Facebook news feed on New Year’s Eve, laughing at all the “Bye, 2016” memes, I felt some relief and also…imminent dread.

The dawning of 2017 on Sunday night marked the slow march towards the inauguration of our new president-elect. A president who will certainly roll back the rights so many of us have fought so hard for (at the very least) and who may even launch us into a new war (at the very worst). Either way, I’m certain actual lives will be lost under Trump’s presidency and thinking about it makes me feel…

What’s the emotion between fury and devastation?

For me, speaking out and taking action is part of what I need to do for our collective survival. If that’s part of your 2017 resolutions/game plan, too, consider these tips to be the best activist you can be during the difficult fight ahead.

In times like this, when it feels like everything is connected (it is) and it’s all imploding (it is), you may be called to try to do everything at once. It may feel like you need to be at every single rally, every action, every meeting, every single day and night.

We’ve all been there. Sometimes our activism is so important that we feel we have to work ourselves to a place of burnout. Burnout can manifest as depression or anxiety and with physical symptoms like getting tired and sick to your stomach. 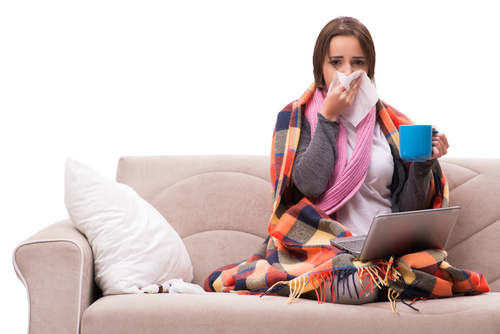 Your life, if you don’t slow the fuck down. (via Shutterstock

You’re no good to the world or to the movements and causes you fight for if you work yourself to exhaustion.

Give yourself permission to say no to things. Understand that every person’s capacity is different. Don’t compare yourself to other people and what their capacities are. Don’t buy into the myth that activists have to be working ourselves to the edge every single day in order to be truly devoted.

2. Push yourself to think intersectionally about your activism. 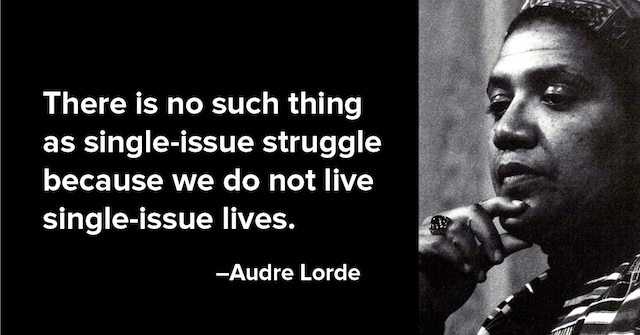 Intersectionality is the name of the game when it comes to standing up to Trump’s presidency. I know I just said that you can’t do everything all at once and I stand by that. But whatever you do do, bring an intersectional frame to your work.

So much is at stake for Muslim people, for immigrants and those perceived to be immigrants, for transgender women of color and all trans folks, for Black people, for all POC, for women and girls, and yes, for queer folks.

What I mean is, if your activism is going to be within queer communities because that’s where you will be hit the hardest, you should be looking around the room and making sure that you are not just a bunch of white queer folks from similar backgrounds. If you’re concerned about the repeal of things like federally-sanctioned marriage equality, you should also be concerned about the lives of Black trans women, about undocumented queer and trans folks, about the promised “law and order” police practices that will disparately impact Black queer and trans folks.

3. When standing in solidarity, be a true ally.

Acknowledge that sometimes we can be overzealous as activists when we’re trying to be a good ally. It doesn’t matter what an ally’s intentions are if the action is wrong. 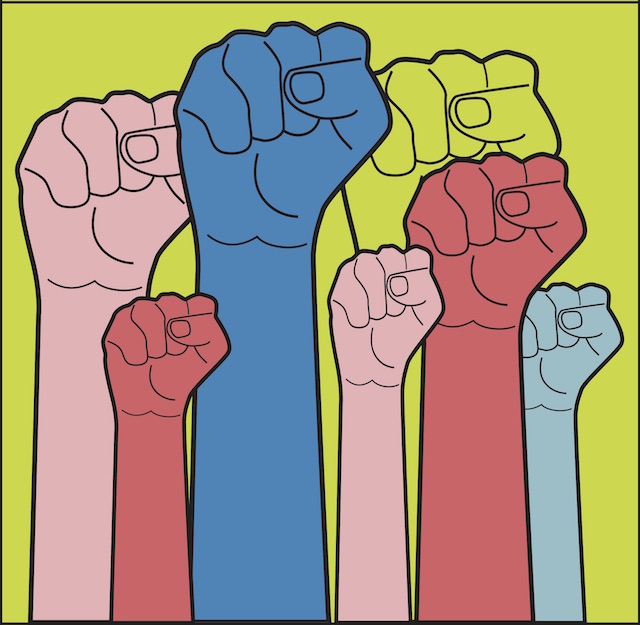 If you get called out on something you did with good intentions by someone who is directly impacted, take the time to reflect on why what you said or did was maybe less-than-cool and, most importantly, apologize without making excuses for yourself. Learn from the mistake and move on. Don’t make it all about you and your hurt feelings or your journey of growth. It isn’t about you.

That’s what a true ally does.

4. Use your privilege for good.

While we’re on the topic of allyship, when you do have the opportunity to speak up, use it to amplify the voices of folks with less institutional privilege. 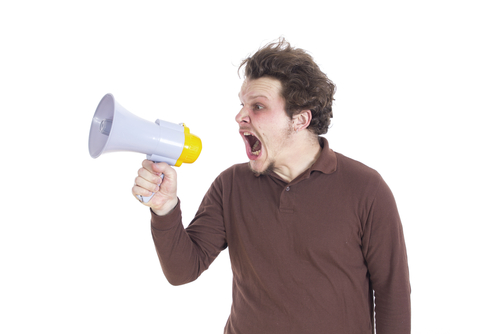 Don’t be this guy. Shutterstock

We all have some areas of our life where we experience privilege and where we experience oppression. At least in some ways, each of us is probably part of a dominant group (an oppressive group) and that may give us access to power in ways that we can point towards justice for all.

Pass the mic to others, literally and figuratively, whenever possible. Use your voice to speak up for folks who aren’t able to, without speaking for them, when opportunities arise.

5. Know and respect your emotional and physical limits.

There may be things you’re asked to do as an activist that are outside of your comfort or safety zone.

For example, you may or may not be comfortable with planned civil disobedience. It could be that you are more likely to experience violence or targeting by law enforcement because of the color of your skin. Maybe you have a job where getting arrested would be cause for termination. Maybe you are on parole or probation and can’t risk arrest. 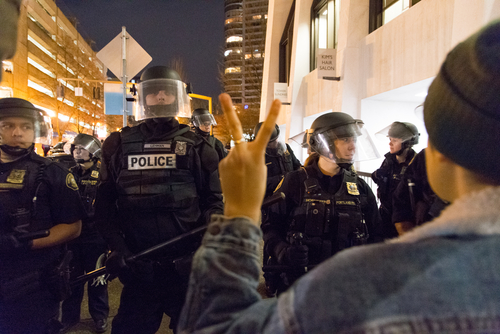 Are you comfortable risking arrest? Shutterstock

It could be that you have a disability that makes it challenging to go to an action because transportation is limited or because it’d be overwhelming or because the location isn’t accessible.

Maybe you have been asked to speak at an action, but don’t feel comfortable with public speaking.

Activism can push your limits in a good way. If doing something is going to be unsafe or unhealthy for you, though, it’s okay to set appropriate boundaries or say, “No.”

What other steps are you taking to prepare for the work ahead fighting the Trumpocalypse?