Near the end of this week’s Batwoman, Mary finally drops all pretense and tells Kate she knows who she is. She witnesses Kate having full-blown panic attack during a crisis and says, “I”m not asking you to be a hero; I’m just asking you to keep going.” I felt it even more than Kate did, I think, in my heart and in my bones, still fighting off the coronavirus in my own body, six weeks after my symptoms started, in the middle of a global pandemic more horrifying than anything I ever imagined would happen during my lifetime. I felt buoyed. I felt less alone. It’s the reason I became obsessed with 1960s Batman reruns when I was a little kid, and never grew out it — superheroes make me make me feel stronger; they infuse me with hope. What made Mary’s speech extra resonant is that it was that “A Narrow Escape” was penned by queer writer Daphne Miles, and Mary was lifting up her lesbian sister. Layers of visibility! That’s also something I never expected to see in my lifetime! 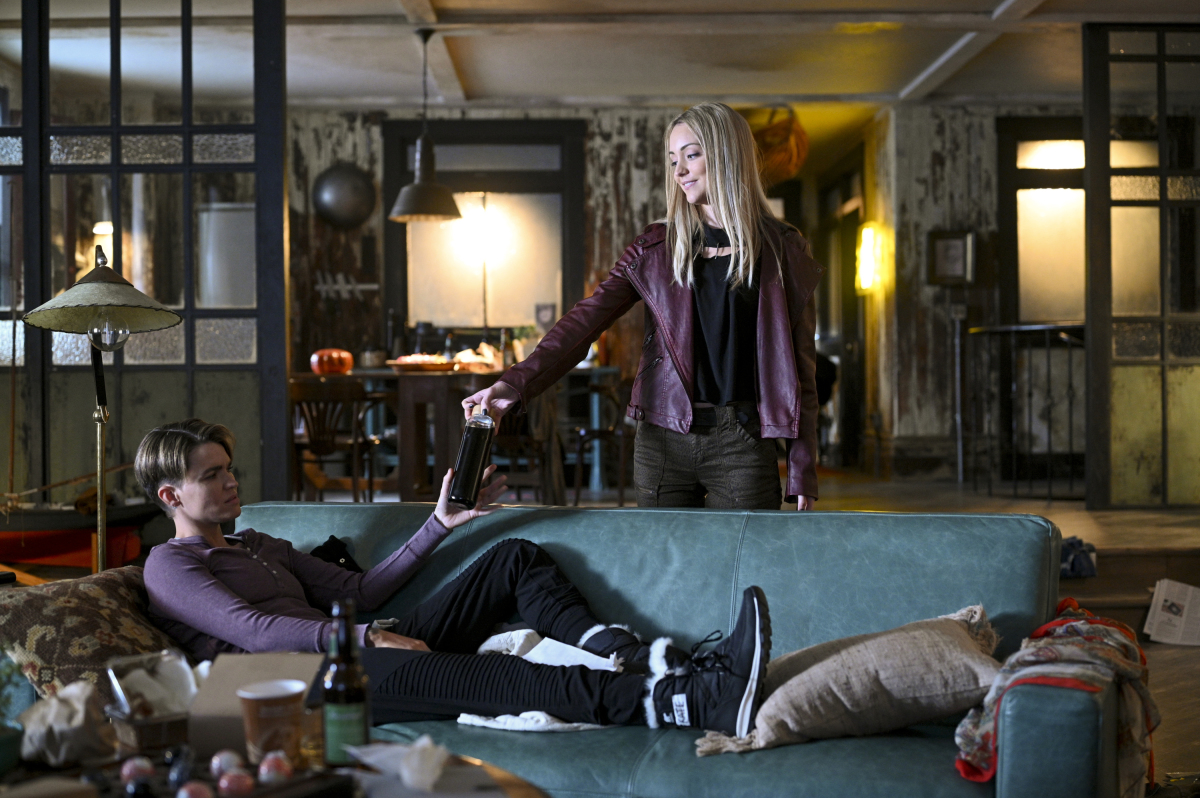 There’s a lot going on this week, and one of those goings on is a doubling down of Batwoman‘s gay love triangle. Julia Pennyworth is still in town and she’s still working with Sophie to try to figure out who killed Luke’s dad. Their investigation crosses paths with the baddie of the week, The Detonator, who rips a page from The Joker and the Green Goblin’s books, rigging up two sets of explosives and forcing good guys to choose who to kill. Only this time, instead of a school bus full of kids vs. Mary Jane, or Gotham’s incarcerated vs. Gotham’s un-incarcerated, The Detonator straps the bombs to cops who haven’t been corrupted and defense attorneys and Jacob Kane, forcing them to choose whether to blow up themselves or public spaces.

While Sophie and Julia are unraveling the mystery and diffusing the bombs, they’re also flirting like mad. They’re sharing cheeseburgers in a motel hideout — Sophie knows Julia’s order, okay — and glancing at each other sneakily and just generally clowning on each other (in the least Gotham-y sense of clowning). Julia tries to talk to Kate about how they hooked up last episode, but Kate’s too busy spiraling to worry about it. Which is going to come back to bite her in her lesbian bat-butt because at the end of the episode, Sophie and Julia find out they’re going to be tag-teaming on leading a new department for the Crows. Julia says, “Looks like you’re not rid of me yet” and Sophie just straight up invites her on a date for fancy cheeseburgers. 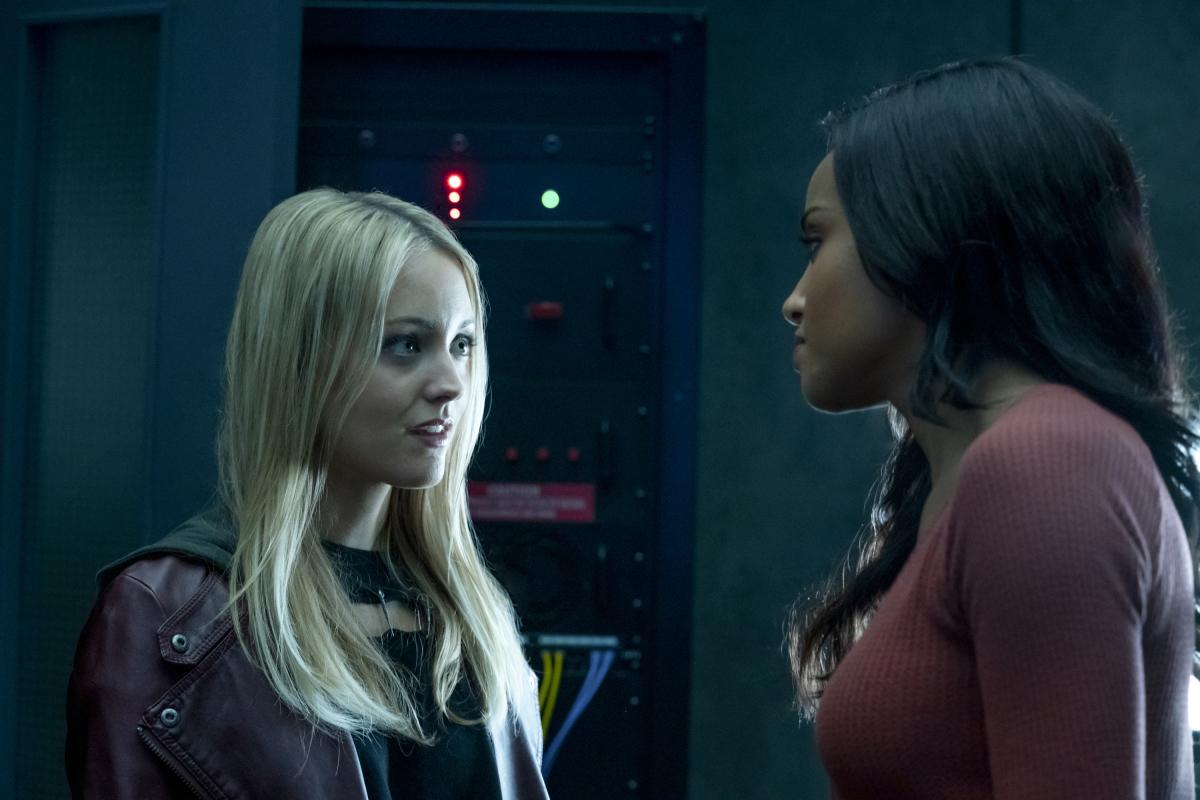 What else is gay? Well, Kate, obviously is a gamer! To the point that when Alice is getting electrocuted in Arkham and she’s dissociating by imaging spending time with Kate, she envisions a world where they’re drinking wine and playing Xbox together at Kate’s house, like just a couple of twins who haven’t suffered a lifetime of horrifying trauma. Alice figures out how to take control of Arkham in only one episode, obviously. All it takes is tricking one guy into stabbing her, stealing his knife, stitching it up inside her body, pulling it out later, and then killing the psycho psychiatrist who runs the place. Easy, peasy. But Kate’s struggling. Flashbacks of killing August Cartwright are plaguing her, and every time she suits up, she has a panic attack. So she decides to stop suiting up altogether. What finally pushes her to get back out there and protect the city is Mary. She’s been treating so many patients who are pretending to be Batwoman because they want to give the city hope, and her clinic is about to be blown to smithereens by the Detonator, and she just needs Kate to put one foot in front of the other and keep going, keep going, keep going.

And so Kate does. For Mary. Who deserves it more than all of us.

Next week, Reagan’s back, and our love triangle — which is actually a square, now that I think about it, because Sophie doesn’t know Kate is Batwoman — will morph into a love pentagon! How gay!