After getting into a dispute with editors at DC Comics about several long-planned storylines for Batwoman, co-writers J.H. Williams III and W. Haden Blackman have decided to leave the comic after Issue 26. These two had been one of the best creative teams in the New 52 and many readers had been looking forward to where they were going to take the character next, especially regarding her relationship with her girlfriend, lesbian cop Maggie Sawyer. One of the main reasons they’re leaving, they say, is because they’ve been specifically “prohibited from ever showing Kate and Maggie actually getting married.”

Batwoman has consistently been one of the critically acclaimed, groundbreaking, and best written and drawn characters in the DC universe since she took over Detective Comics in 2009. When she got her own title with the launch of DC’s New 52 universe, Batwoman became the only lesbian to have her own title in either DC or Marvel comics. J.H. Williams III’s work writing and especially artwork in Batwoman and Detective Comics has won many awards, including two Eisners, an Inkwell, and two GLAAD awards in just the past three years. Recently, Williams stepped down from drawing interiors for the comic so that he can work on Neil Gaiman’s upcoming Sandman sequel, but has continued to draw covers and co-write the book. Despite all of the awards and praise from critics and the queer community, this isn’t the first time that Williams has had trouble with the editorial team while working on the title. Back in February, DC went with the very confusing decision to not publicize the fact that Batwoman was asking her girlfriend, Maggie Sawyer to marry her in Batwoman 17. This is despite the fact that Marvel saw huge sales after the enormous lead-up to their own superhero gay marriage back in 2012. Now, with their decision to prohibit not only Batwoman’s marriage, but also several other character developments, it seems like DC has gone too far. 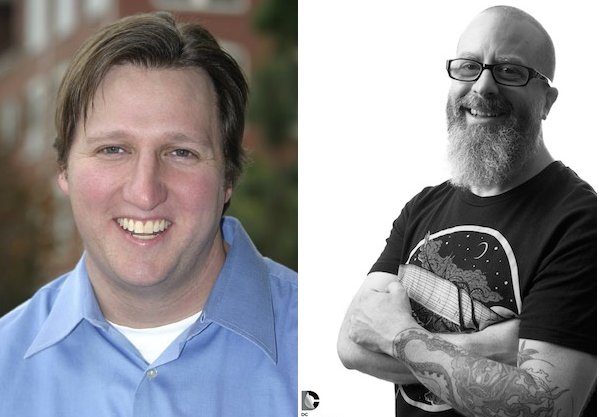 Williams and Blackman made a combined post on each of their websites explaining in detail why they decided to leave. They say they feel these new editorial decisions prevent them from doing their best work and being true to the character.

Unfortunately, in recent months, DC has asked us to alter or completely discard many long-standing storylines in ways that we feel compromise the character and the series. We were told to ditch plans for Killer Croc’s origins; forced to drastically alter the original ending of our current arc, which would have defined Batwoman’s heroic future in bold new ways; and, most crushingly, prohibited from ever showing Kate and Maggie actually getting married. All of these editorial decisions came at the last minute, and always after a year or more of planning and plotting on our end.

We’ve always understood that, as much as we love the character, Batwoman ultimately belongs to DC. However, the eleventh-hour nature of these changes left us frustrated and angry — because they prevent us from telling the best stories we can. So, after a lot of soul-searching, we’ve decided to leave the book after Issue 26.

Several websites are pointing out that rather than it being an issue of Batwoman being a lesbian, this could be indicative of DC not wanting any of its characters getting married, regardless of orientation. Most of the highest profile long-term relationships in the DC universe from Clark Kent and Lois Lane, to Barry Allen and Iris West have been very notably broken up with other couples not even existing in the new universe. When asked to clarify about the ban on Batwoman getting married, Williams said “not wanting to be inflammatory, only factual – we fought to get them engaged, but were told emphatically no marriage can result.” Clarifying further, he said that the issue “was never put to (us) as being anti-gay marriage.”

This isn’t the first time DC has alienated its writers and artists, and by extension its readers, since the launch of the New 52. Several creators, including Andy Diggle, Joshua Hale Fialkov and Rob Liefeld (although this last one isn’t so much of a tragedy) have all left DC recently after disputes with the editorial team. Additionally, Gail Simone, DC’s most popular female writer was fired off of Batgirl only to be re-hired after a huge outcry from fans. DC hasn’t fully explained why it keeps on pushing its writers and artists away . So far their only response to Williams and Blackman quitting has been to say that “as acknowledged by the creators involved, the editorial differences with the writers of BATWOMAN had nothing to do with the sexual orientation of the character.” 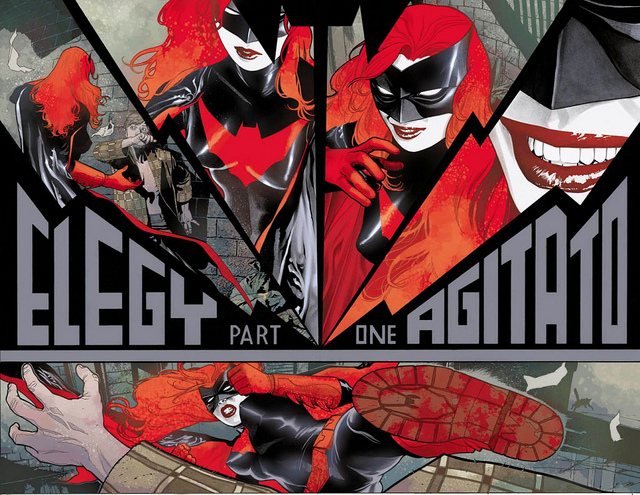 Even though it looks like this isn’t a case of specifically anti-lesbian bias, it still has several consequences for queer comic book fans. First of all, we lose out on the opportunity to see a lesbian wedding in a high-profile comic. While there have been some very notable gay weddings in comics lately (Northstar in Astonishing X-Men #51 and Kevin Keller in the Archie Comics), there haven’t really been any lesbian weddings of the same caliber. Visibility matters, and while it’s nice seeing queer male characters getting married, it would be extremely refreshing to see queer women having the same opportunity. Furthermore, this level of editorial meddling has left Batwoman without one of the most well-respected creators in comics. J.H. Williams III’s work on Batwoman, and especially his art, has hugely shaped the character into the queer and comic book icon that she is rapidly becoming. Her character design and the art in her books are unlike any other in the DC universe, and we have Williams to thank for that. With Williams and Blackman, Batwoman was in great hands. They knew how to tell great stories with her and despite being less than ten years old, she was becoming one of the most popular women in the DC universe.

By meddling too much with the creators, DC has prevented Williams and Blackman from doing what they do best. Not only that, but they have denied readers the chance to see the development of a high-profile queer superhero written by those, who have so far, been writing her the best. Surely they must have been aware that no matter what their motivation, banning one of comic’s most beloved queer characters from getting married was going to cause a lot of controversy. DC was already treading on thin ice with their queer readers, from their benching of queer characters like Scandal Savage, Catman and Renee Montoya, to the debacle that was their hiring of noted homophobe Orson Scott Card to write Superman, and this news will certainly not help. But by stifling their writers and artists like this, they are hurting their relationship with all of their readers, not just the queer ones who look to Batwoman as a hero and a role model. It’s sad to see Williams and Blackman go, but hopefully the controversy it causes will wake DC up and get them to start making some serious changes with how they treat their writers, artists and characters.