+ After months of student protests over racist incidents and a slew of other issues that deeply impact women and minority students, everything came to a head this week at the University of Missouri as student and faculty demonstrators were successful in forcing the president of the university, Tim Wolfe, to resign and the school’s chancellor, R. Bowen Loftin, to step down to take a smaller role. 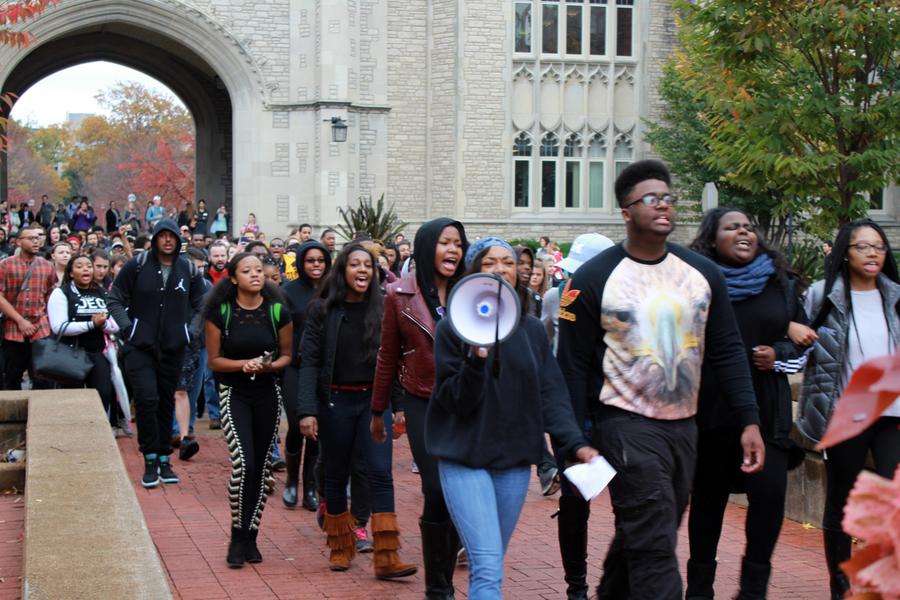 There isn’t just one incident that fueled students’ and staff’s dissatisfaction with Wolfe’s administration but a culmination of events throughout the semester. The university’s newspaper, The Maneater, outlines the events in this handy timeline. It began in August when the university cut health insurance for graduate teaching and research assistants. The graduate students created a list of demands, demonstrated by walking out and protesting over the changes and began to unionize. In early September, student body president Payton Head, who is queer and black, wrote a viral Facebook post about racial slurs that were yelled at him near campus and the microaggressions and racism he’s dealt with while attending MU. Later in the month, the university cut ties with Planned Parenthood, which stripped services from the campus. Also in that month, students organized the first “racism lives here” rally where they spoke out against Loftin, who took six days to respond to the discrimination described in Head’s post. A followup “racism lives here” rally called for “administration to take a serious stance on racism present on campus.” In early October, the Legion of Black Collegians’ 2015 Homecoming Royalty Court was harassed during their rehearsal by a drunk man yelling racial slurs at them, which led to a sit-in to protest the administration’s inaction regarding the incident. There was a slew of other events in October, including a swastika drawn in human feces found in a residence hall, which led the group The Concerned Student 1950 — a nod to the year when black students were first admitted to the university — to issue a list of demands including a call for Wolfe’s removal, the hiring of more professors of color and diversity training.

On November 2nd, graduate student Jonathan Butler, who was already protesting the cuts to graduate student healthcare, wrote a letter saying he was on a hunger strike until Wolfe was removed from office.

“Since Mr. Wolfe joined the UM system as president in 2012, there have been a slew of racist, sexist, homophobic, etc., incidents that have dynamically disrupted the learning experience for marginalized/underrepresented students at the University of Missouri…(S)tudents are not able to achieve their full academic potential because of the inequalities and obstacles they face… In each of these scenarios, Mr. Wolfe had ample opportunity to create policies and reform that could shift the culture of Mizzou in a positive direction but in each scenario he failed to do so.”

Butler garnered support from students who demonstrated and camped out on campus, and from faculty who spoke up and encouraged students to not attend regular classes but to attend a “teach-in.” Undoubtedly the most influential support came from black Missouri football players, who refused to practice or play any games until Wolfe was removed from office. The university could have lost about $1 million if they had forfeited their game this Saturday. Wolfe resigned yesterday and Loftin will step down from his position at the end of the year to take a smaller role on campus. The Board of Curators unveiled new initiatives to address racial issues including hiring a diversity, inclusion and equity officer for the entire University of Missouri system, creating a task force to create plans for improving diversity and inclusion, and requiring diversity and inclusion training for all faculty, staff members and incoming students.

All these “diversity trainings” and throwing the word “inclusion” around is perhaps a a step in the right direction but it will take a lot more effort from all sides of the university system to address racism on campus. As evidenced by this one semester, so many incidents make it unsafe and unwelcoming for students of color to learn at the University of Missouri. It is deeply ingrained in their university culture, and it will take every ounce of energy of everyone at the university system to make it at least an ok space for students of color to step on campus.

What’s most interesting and empowering about these student demonstrations was that it was inspired by the Black Lives Matter movement happening in nearby St. Louis and Ferguson, Missouri. And just like the Black Lives Matter movement, the #ConcernedStudent1950 group was led and organized by queer black women, according to Butler. He gave a shoutout to them on Twitter and talked to the The Washington Post about it.

“…The Black Lives Matter movement, in terms of what that means and the symbolism of reaffirming black existence, black humanity, and so in that realm with what we’re doing with our education sessions, what we’re doing with our rallies, what we’re doing on campus is definitely bringing about this awareness that we deserve to exist in these spaces on campus and we deserve to have our lives valued. And so in that sense, it’s a part of the Black Lives Matter movement. But in another sense, this is really unique to campus just because of the example that we got from some of those who were organizing in Ferguson. There are three queer black women, who used their knowledge from Ferguson organizing in creating an organization called MU for Mike Brown. And from that, that’s really where a lot of what has been going on on campus has been morphed from. So, it is part of the Black Lives Matter movement, but not necessarily in the cookie cutter way.”

+ Elizabeth Koke, a former staffer at a CUNY-related feminist publishing house called The Feminist Press, is suing her former boss Jennifer Baumgardner for unjustly firing her. Koke says she was fired for being “too lesbian” and that Baumgardner wanted to put out more “mainstream” material. Koke started working at the press in 2010 and claims ‘there was a drastic change in work environment’ when Baumgardner became the executive director in 2013. Baumgardner cut a YA lesbian book called Therese and Isabelle in favor of books with more “mainstream appeal,” the suit claims. In 2014, the suit also claims she “terminated or forced” out two other lesbian colleagues who are also on the suit. Koke was fired in December 2014 after speaking out on the changes being made.

+ Five years after they separated, a Mississippi Supreme Court narrowly granted a lesbian couple a divorce, through a 5-4 decision and with two state justices still denying the legality of marriage equality.

+ Kim Davis is just so good at filing appeals to dodge issuing same-sex marriage licenses that she should put it on her Twitter profile. Good thing judges keep rejecting them. This time around she argued U.S. District Judge David Bunning’s decision of issuing licenses should only apply to the four couples who sued her (who all have gotten married by now) and not all same-sex couples seeking licenses.

+ The Supreme Court made a decision that supported a police officer who shot and killed a fleeing suspect, Israel Leija Jr., from a highway overpass in Texas in 2010.

+ Here’s Feminista Jones with a Twitter resource list to follow the Daniel Holtzclaw case, the police officer who sexually assaulted many black women while on duty and is now being tried with an all-white jury.

Again, here is a list I made to which you can subscribe of people covering the #DanielHoltzclaw trial https://t.co/VkqC8UA9St

+ Unlike Houston, Dallas is making moves to strengthen their LGBT protections. Dallas has had an LGBT-inclusive nondiscrimination protection, similar to the one that was struck down in Houston, since 2002. However “gender identity” was erroneously put under the definition of “sexual orientation.” Dallas city council is set to vote today on a proposal to list “gender identity and expression” separately from sexual orientation, and clearly define the terms. 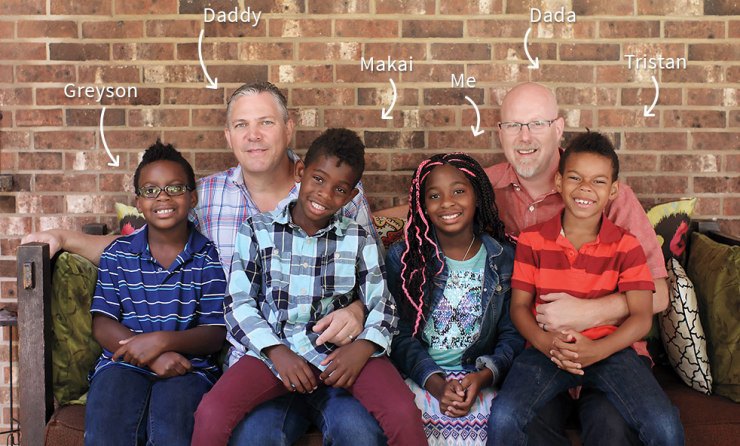 + 11-year-old Amaya Scheer was featured in American Girl Magazine for her work in her family’s charity giving toiletries to foster kids. She was in foster care until she was adopted by her two gay dads, Rob and Reece Scheer. Conservative group One Million Moms lashed out about the article, calling homosexuality a sin and the usual bullcrap. The Scheer family appeared on a local morning talk show where Amaya told One Million Moms, “This is none of your business.”

+ #BlackLivesMatter activist Deray Mckesson took the stage at a gala hosted by GLAAD to talk about the complexities of being black and gay.