Speaking about lesbians on the Internet at Smith College was this Thing I wanted to do for two reasons:

1. To spread the good word of my one and only woman, Autostraddle, and

2. For a hilarious punchline in the lesbian joke that is my life.

There were several things that brought me to Smith. An all-women’s liberal arts college kind of speaks for itself when it comes to finding “a group of people who want to listen to me talk about lesbians on the Internet.”

And if that weren’t enough, Northampton, MA has also been affectionately nicknamed “Lesbianville, USA.”

This is, apparently,  for a number of historic reasons. But also it’s because there’s just so many coffee shops in the same area code for you to visit to discuss all your feelings with all your special ladies. It’s like the Isle of Lesbos, but like, with real lesbians. Northampton also apparently has the most lesbian couples per capita in the United States, so it’s not necessarily a great pick-up spot, except when it is.

And so I made my pilgrimage to walk among the lesbians and push the boundaries of my Internet world into 3-D. I wanted to break through the computer screen to the sound of one million Internet friendships coming true and land directly in Web 3.0, which is a thing Autostraddle has been aiming to invent from the very beginning.

The whole thing just made me want to lace up my Doc Martens, roll up my plaid sleeves, slip on a pair of aviators, and proclaim: We have arrived. 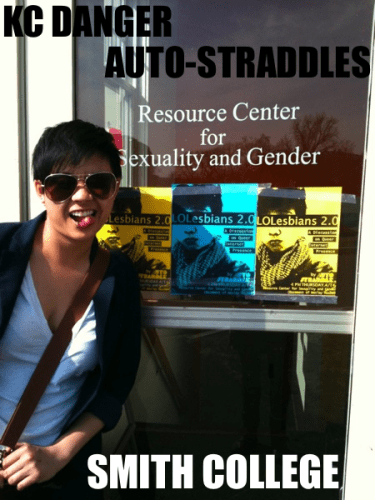 The talk went well; there isn’t much else to say. The majority of the folk attending were Autostraddlers (made apparent by the collective gasp at the mention of calendars) –  mostly Smith students, a few from nearby colleges, and a few prospective students looking to get a straddle on their higher education.

Basically, they were who we are: a group of girls who like girls packed into the basement-located Resource Center for Gender and Sexuality (if this isn’t a metaphor for lesbian Internet, then I don’t know what is) trying to have a conversation about girls and the Internet and why we like girls on the Internet. See what just happened there? “They” and “we” became the same thing. This miracle brought to you by The Internet.

Which segues neatly into what there still is to say — that the internet, obviously, is a revolutionary force for the GLBTQs out there. That the internet is changing everything for everybody but for us it’s an especially big deal.

And yeah, we have this conversation all the time…online. That’s why we love Autostraddle. Getting that conversation out in the streets/classrooms/basement resource centers/girlparties is what Autostraddle Live seeks to be about.

‘Cause let’s face it, we queers are a strange thing. We’re everywhere, right? That’s what they’ve been telling us. But we also seem to be nowhere at the same time.  It’s true: there are a lot of gay teens on television right now. They sing Fleetwood Mac songs, they dance to motown in sexy underwear, and they ask themselves a lot of the same questions we did in our adolescent I-think-about-kissing-girls-and-I-like-it (or-do-I?) years. Characters on TV are coming out at the same ages we were when we were hiding under the covers downloading episodes of the L Word and watching them on low volume. And yes, we are part of a generation that’s coming out earlier and growing up gay, but we need dialogue that’s not just about coming out but about what it means to be out today.

The way that we are most visible and most represented in contemporary media are through mainstream discussions about DOMA, DADT, and other legislation. And although these discussions are significant on a larger political scale, when it comes to us as individuals, they kind of miss the point. These things say what we can and cannot do, but they are not who we are. They leave us little to no room to discuss our identities, our culture, the way we relate to each other, and the questions we ask. In short, this is not the way that we live. 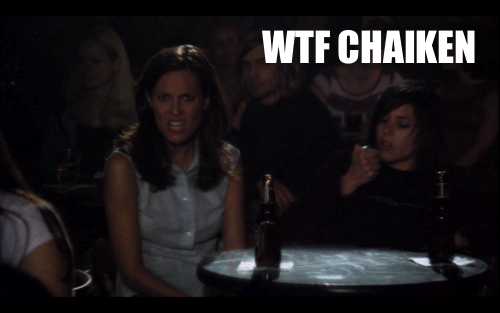 And I guess neither is that, but we’re getting closer.

Most gay media in the mainstream is generated by the heterosexual world telling us who we are and what we look like. And yes, visibility is important – visibility is so important – but still, if we are not the ones representing ourselves, are we truly being represented at all? 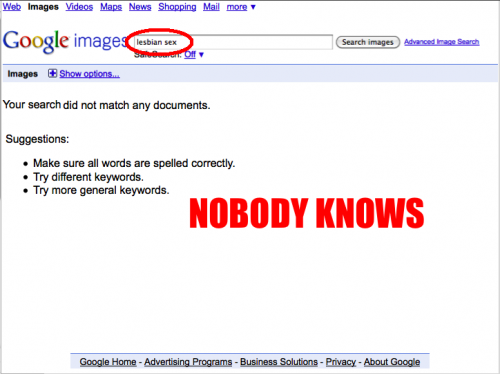 So if we can’t rely on mainstream news sources or popular culture to represent us in a way that is accurate and real, then who can we turn to? The answer is obvious, but it’s not so simple: we turn to each other – we turn to ourselves.

It’s time to stop relying on heteromedia to tell us who we are. We’re here, we’re queer, and we’re online. We have the power of the Internet and the power of our words and ideas. We have access to information, we have access to discourse, we have access to each other. Web 3.0 is the physical actualization of the communities we’re already a part of. It’s realizing that the Internet and ‘real life’ aren’t mutually exclusive. We’re all the right people in all the wrong places trying to reach out to the other side of the computer screen. Just by reading this, you’re more than halfway there. The Internet is a beautiful place, and it’s our starting place – to create our own visibility, to be our own historians, and discuss not just who we are but who we hope to be.

All that aside, the Smith grrrls treated me great. I was lucky enough to be able to stay the weekend, when I was treated to champagne, girl parties, drunken (and sober!) passionate conversations about enacting social change, and the opportunity to run through the rain with lesbians singing t.a.T.u. songs. And, I almost fell down an air shaft. Other events of the weekend included Ladyfest (which I thought was redundant), a music and arts festival supporting women in DIY and underground culture, and Sexhibition, an on-campus art exhibit sexuality and bodies – as expressed through Smith ladies taking nude photos of other Smith ladies.

Also, I bought this shirt that says Smith College Physical Education. (I wanted it to say ‘I went to Smith College and all I got was laid,’ but probs that was a little inappropriate for the campus bookstore, you know?). What more could I ask for? 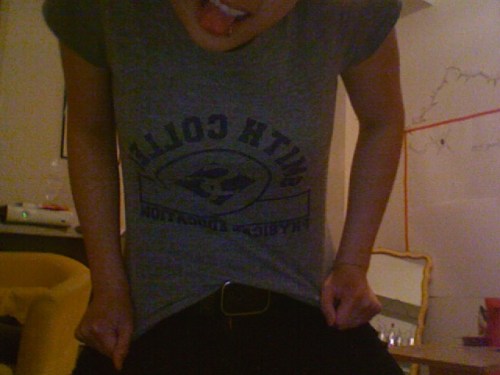 All lady-jokes aside, Smith was the perfect spot to launch what we hope will become an ongoing speaking tour. The conversations I had were thought-provoking, and the individuals I met were inspired, generous, and fun as all lady-loving f*ck. And that’s a lot of fun, let me tell you.

It was like the world was spooning the Internet.

So, if you want to hire me, or Riese or A;ex or Smokin’ Hot Laura or anyone on the Team to speak proudly on your campus or at your event, then email laneia at laneia [at] autostraddle [dot] com and we can get the ball rolling.