‘Twas the last episode of Real World, and all across town,
All the housemates were fighting… 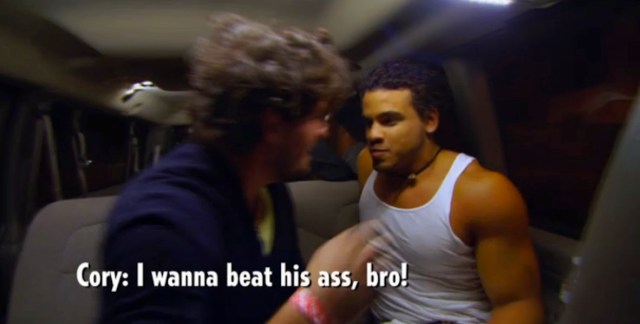 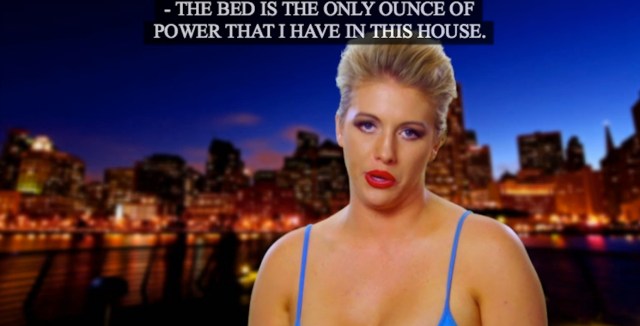 In the morning, Ari swung from her bedpost with care… 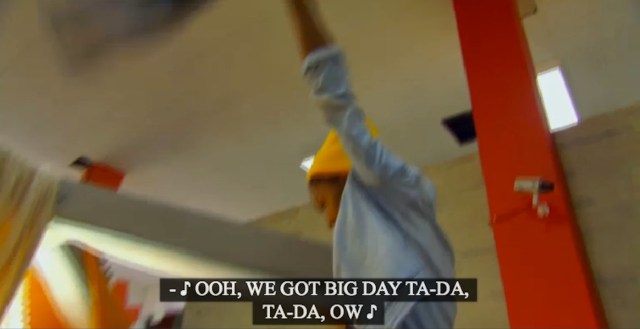 In hopes her ex Ashley soon would wake there. 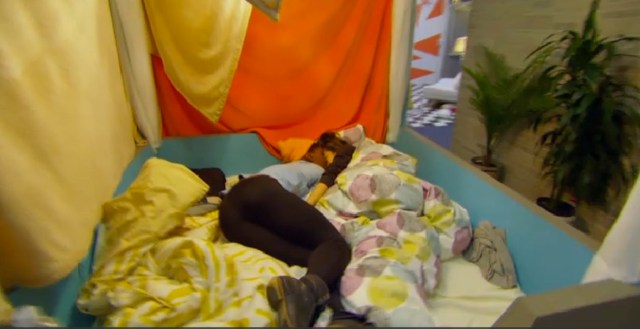 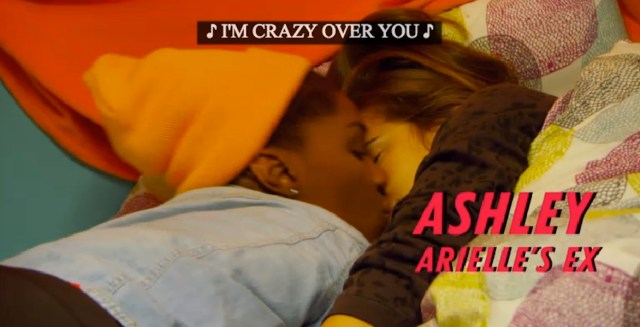 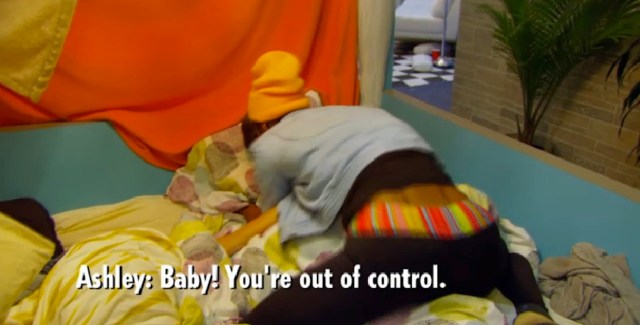 The OGs went out later on for some brunch.
(Ari was obviously the flyest of the bunch.) 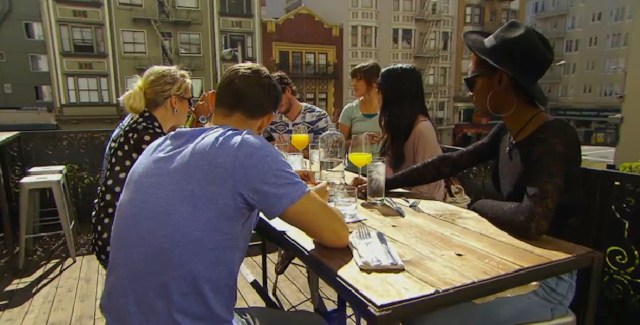 And when they discussed how their exes had appeared,
Everyone was fine with it, even though it was totally weird. 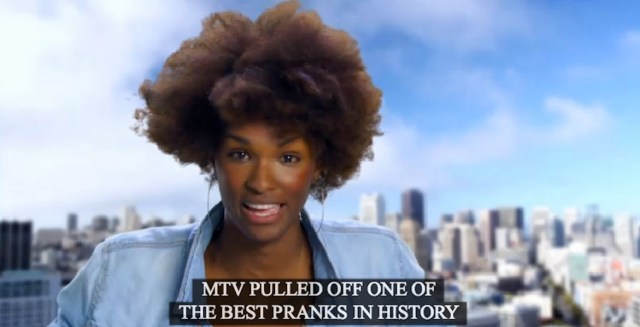 After eggs, booze, and toast for the original crew,
Ari took her friends on a boat like all my favorite lesbians do. 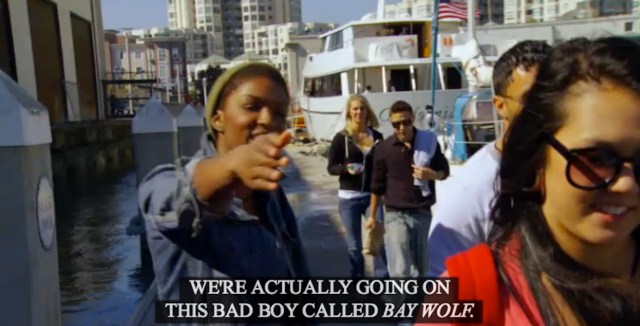 She kept everything afloat for that time… 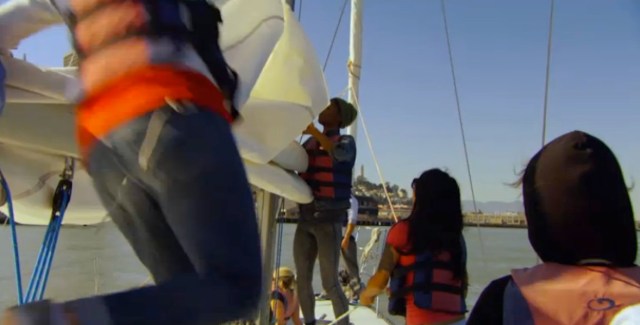 And later on they all go out to drink (after they’ve dined). 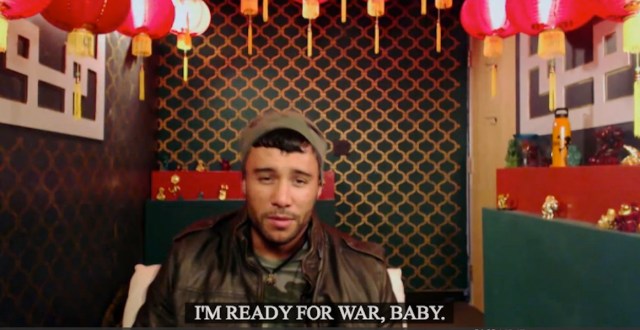 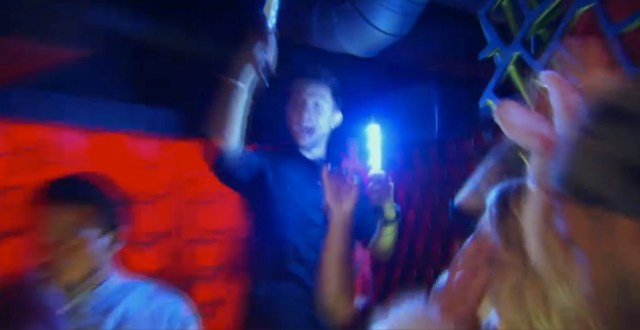 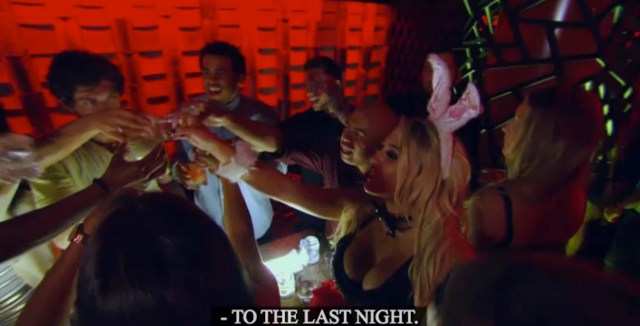 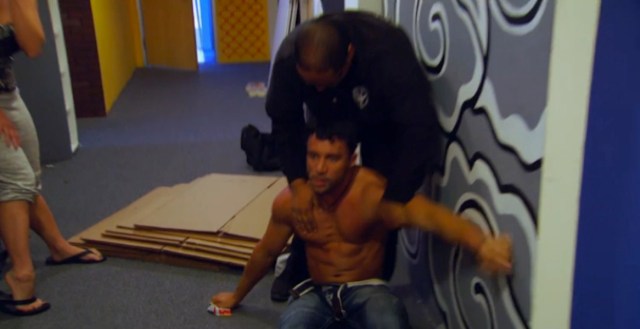 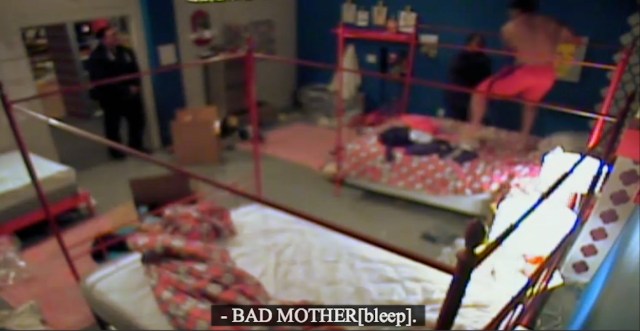 The alcohol didn’t help Brian’s anger problems at all,
So eventually Ari comes in to help him find calm. 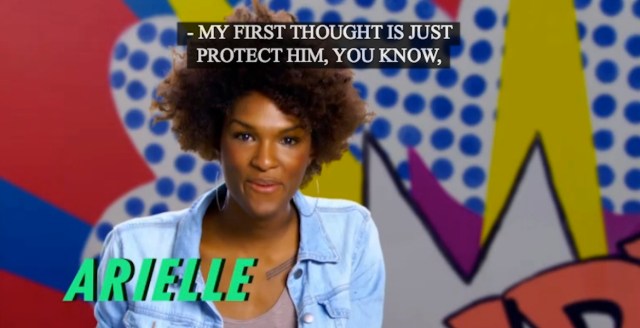 Needless to say, that’s not what Brian’s about – 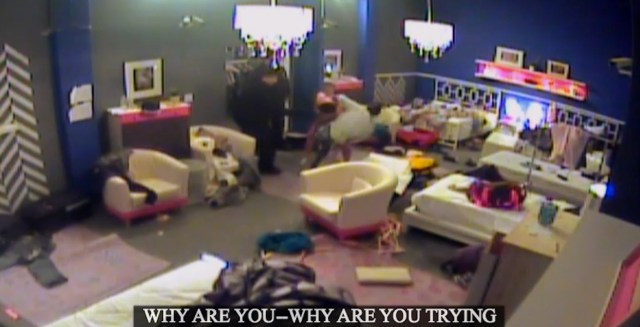 So the producers are quick to escort that bitch out. 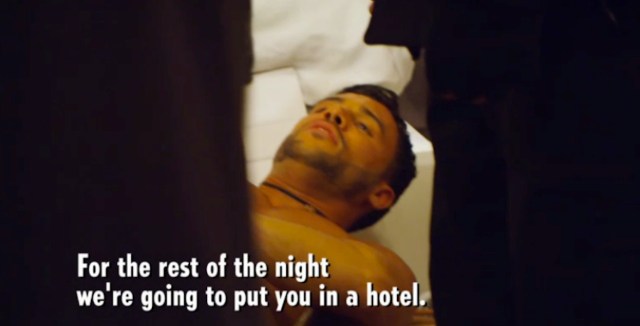 As Brian recovers from a hangover in the morning,
His roommates wait for taxis and go into mourning. 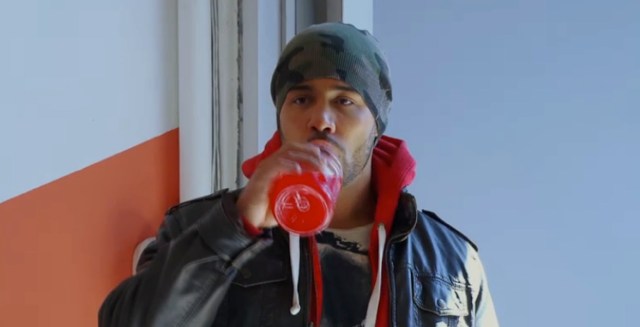 Everyone’s departure is freakishly sad,
And – to be really honest – I cried and didn’t even feel bad. 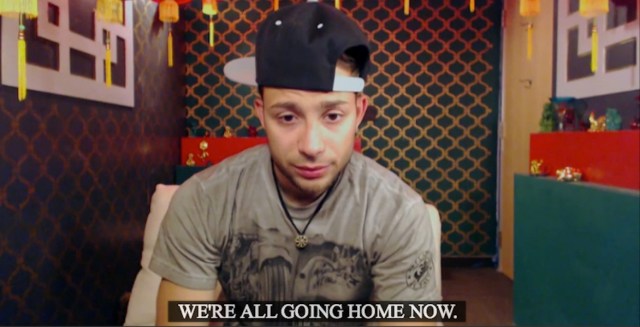 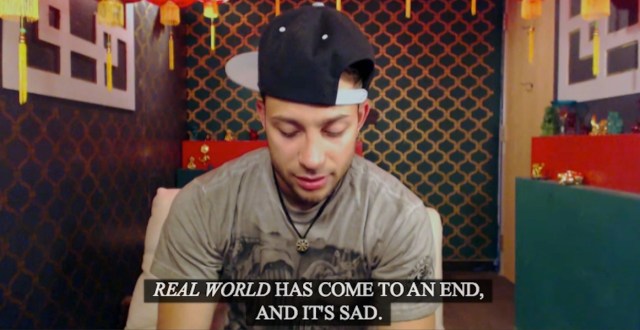 Ari and Ashley are just a short distance from home,
But others depart the house with destinations unknown.
(EDITOR’S NOTE: To me, because I wasn’t paying attention to any of them.) 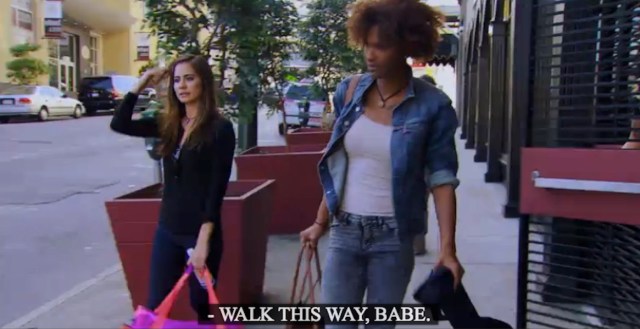 As this shit show of a social experiment comes to a close,
One thing is for certain: you really can always go home. 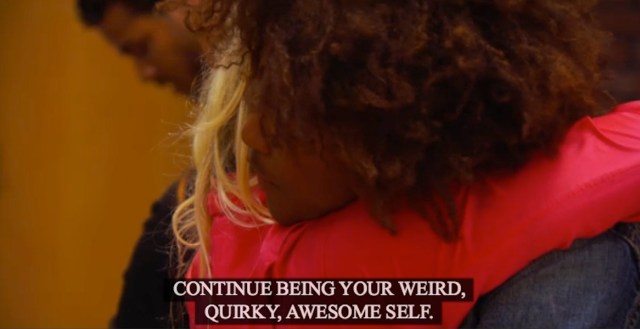 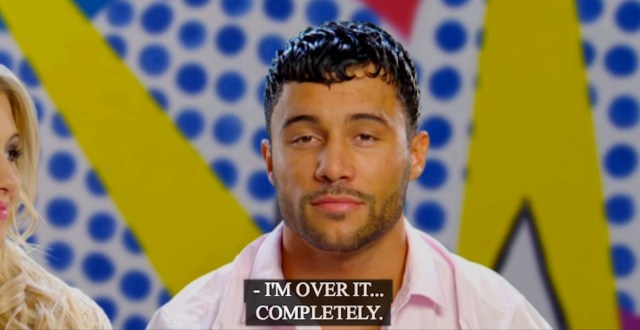 Here’s the questions you had for Ari Fitz on her final week
of surviving this hot mess – and being totally chic.

Do you get crap for dating other race? Cause it seems to be a headache worse than coming out for me. #AutoAri @itsarifitz

Responded by this question is EXACTLY why I shot this video:

I think my topknot @ArisTopKnot already put it the best… “@missshc be all up in it”.

I’d bring @missashc. Have a feeling she’d find a way to feed me. ;)

@itsarifitz Do you miss Ashley M lol? #AUTOARI & Would you do it all over again?

Nope, don’t miss Ash M at all. Would def do it all over again and live it up even more!

Had to urban dictionary “otp”. Hope you meant the one true pairing in the house? If so, I’d say Ash & I. Is that allowed?! If not, Jenny and Brian were made for each other albeit lethally.

#AUTOARI dude u think this made your relationship better?

Undecided. I think it made us take care of things faster but also put a lot of pressure on us.

Absolutely. TK keeps me on my #allworkallplay.

On The Real World, Roomies and Goodbyes

#autoari @itsarifitz aside from @missashc who did you spend the most time with in the house?

NYC would be too easy and I wouldn’t spend my time in the house at all.

If anywhere in the world, probably Dubai.

@itsarifitz is their anybody that you, didnt want to be on the show ? #autoari

I think there was a moment I wanted every single person out of the house, lol. I was happy when Ash M left, though.

@itsarifitz did anybody every get drunk, in the morning ? #autoari

YES! There was a time Jenny and I left for a hair appointment and the rest of the roomies started day drinking at 10am. They went to Subway in bear suits!

@itsarifitz who were your close friends in the house ? #autoari

if there was an actual number of pranks you pulled what would that number be? #AUTOARI

Nope still happens all the time. Cool thing is I’m working on so many projects I’m starting to get noticed from outside of the show now.

@itsarifitz #AutoAri What is your favorite moment that you love for the rest of your life? #RealWorldExPlosion

What was the best thing about this whole experience? What was the worst? @itsarifitz #AUTOARI

Best thing: the opportunity to show the world my art.

Worst thing: becoming the house counselor. I didn’t go to school for that. :P

Notta d*** thing besides living it up even more.

I think the OG’s would’ve had even more fun and we would’ve gotten a crazy roommate replacement. Prob crazier than Ash M.

@itsarifitz #AUTOARI What will you miss most about the house?

Waking up to those crazy fools and just living freely.

Nope nope. Too much work to do. #allworkallplay

@itsarifitz who do u think u will miss most in the house when u guys all go home ??

In a strange way… I’ll miss everyone. Sorry corny answer.

Favorite to watch on TV is definitely Jenny. Favorite as friends —-> Ashley, Tom and Jamie.

J-E-N-N-Y and second is Brian.

#AutoAri where were you when all this was happening @itsarifritz

Typically when I wasn’t shown in the later episodes it’s because I was working on my second film, OPEN CALL. It actually just released and you can watch it here: vimeo.com/itsarifitz/opencall

@itsarifitz Which one of the exes (besides Ashley of course) did you like the most? …and least? #AutoAri.

That’s too hard. I like them all, really. The one I didn’t get a chance to get close enough to (but I still think is a sweetheart) is Jenna.

Which cast member(s) have you consistently kept in touch with after filming wrapped? #AUTOARI @itsarifitz

Define permanently. If you mean over a year, ABSOLUTELY NOT.

On Brian, Jenny, and Cory and The Sh!tshow of a Lifetime

@itsarifitz did Brian really body slam you while u were trying to talk to him? Or was that playful? #AutoAri

I was so drunk. I don’t remember why he did that. He clearly was too.

Yeah we’re good. I just think that was a bad night for him.

@itsarifitz was any seens edited out, when Brian was talking to you ? #autoari

I think a ton were. Again, I don’t remember anything!

@itsarifitz how did yu feel when Cory decided to be nice,by handling Brian. Instead of getting upset, since Brian got really drunk. #Autoari

Think it took a lot for Cory to do that, but I’m proud of him.

I just flat out don’t understand why violence was okay in the house, in general.

@itsarifitz was any agruments edited out, in this episode ? #autoari

A ton always are. There’s just no way to get everything in there. I do think the important things made the cut though.

Meh. I think they just needed to get it out. I just wanted to give them a boxing ring and a timer.

On Ari’s Bright Future & Past

Love this question. Friends and I in 8th grade all thought we’d be DJ’s when we got older. Ella Fitzsnizzle randomly became my DJ name then. Over the years, I shortened it and used the alias for other things. Finally settled on Ari Fitz as my name moving forward.

@itsarifitz would you do a second show

Totally. But on my terms. Until then I’m experimenting with “show concepts” on youtube. Few things launching there soon. Check it out: https://www.youtube.com/user/itsarifitz.

Is the Real World an experience you would repeat, given the opportunity? Or maybe be on another show, like The Challenge? #AUTOARI

Wouldn’t give up my Real World experience for anything. That said, not interested in a challenge but open to other shows. See the question above.

Ha! She didn’t have to say anything… she just gave me a look and I knew.

It’s totally surreal watching yourself on TV. I just criticized myself over the dumb things I said, weird outfits and all the times I never fixed myself up.

That IS a good one! Only thing I can say to aspiring filmmakers is: make LOTS of films. Make short films, make music videos. Just keep creating and telling people about your work.

@itsarifitz “next tv gig” <— hmm what might that be? #autoari @autostraddle

Cuz people like you make me feel all warm and fuzzy.

How do you "do you" with so much success and still be able to stay so selfless? #autoari

Aww, love. I love this question. I think it’s because I know I’m still learning, growing, becoming. Who am I do become selfish, egomaniacal, etc when I still have so much to learn?

Have no clue why, but first thing that came to my mind was: SWERVE.

Can we grab a burrito in the Mission and chat about movies and what inspires you? You’re kinda my idol right now #AutoAri

The Anniversary + the full prequel mini-series, WATCHING, is all up on youtube here.

@itsarifitz if you could meet anyone ever who would it be? #AutoAri

@itsarifitz This actually is a question #AUTOARI do you/ did you ever participate in Day Of Silence?

Leave it to Irene XO to bring up the past past. The transition was like finally waking up after a long uncomfortable sleep. I always felt like something was missing and it sucks it took 8 years of me working in tech for me to figure it out.

Gah, the one I’m wearing right now! I have this yellow beanie and the way it’s knitted makes it the most comfortable thing ever. It’s the beanie featured on the @ArisFitBeanie account.

The answer is the moment I finished my first novel. After hours and hours, I realized it still didn’t communicate what I wanted it to and never would. I needed something more visceral.

BRUH! Love Breaking Bad (which I know, I know is over but I never finished it because I don’t want it to end). Just got into Scandal and never finished Dexter either but it’s incredible.

Every week, Ari picked her fave question out of the bunch and we rewarded them with lavish prizes. This week’s winners, @lef_tenant,  @delaneyallyn, and @nikki_tiare are getting a shout from the Fitz herself on YouTube!

Blast From the Past

Each week, we tuned into episodes of Real World and AS readers did, too – and they could tweet questions for Ari Fitz, raging queer, using the hashtag #AutoAri. Ari answered every single one here on Autostraddle. Check out the old posts by clicking the image below!