There was so much music in yesterday’s scheduled A&E Daily Fix that we thought we’d just throw the rule book out the window / at Ke$ha cowboy-style and churn out an Audiostraddle fix for the second time this week.

Yet another opportunity for you to spend ten minutes with Adam Lambert, our boyfriend, on a British talk show. Topics discussed include how coming out of the closet to his family helped him overcome overeating, the AMAs obvs, kissing Tommy and going back to Idol to be a guest tutor.

“I’m not a babysitter, I’m a singer!”
-Adam Lambert

An X-Tina fan has made a serious video about Christina Aguilera vs. Lady Gaga, claiming that X-Tina has had really crazy hairdos too. (@mtv)

Kelis, En Vogue, Martha Davis & The Motels, and Kelly Rowland will all be performing on the 2010 LA PRIDE Main Stage June 12 and 13 for the 40th LA PRIDE celebration in West Hollywood, CA. They are totes loving the gays these days… besides En Vogue, all of those performers also did Dinah Shore this year!

In China, the phrase “Oh my Lady Gaga” has replaced the “Oh my God” (omg) as a way to express “shock, hilarity or emphasize a point.” We’ve been doing this for a while now but it’s never caught the National fever pandemic rates currently experienced in China. Hurrah!

In other Gaga-related news, she recently spoke to Extra about her next video, “Alejandro.”

What does Chely Wright’s changing musical style say about the state of country music? (@newsweek)

Janelle is calling the shots even with P Diddy on her team:“He’s an endorser of our campaign, mission and message. Further more, I’m his boss [laughs]. This is not the story of man meets artist…he respects me for who I am. And he respects our ideas. He’s been very supportive of what’s going on; he wants to help us expose our message to the mainland.”

Sidenote: I got my hands on an advanced copy of Janelle’s upcoming album, The ArchAndroid, and it’s going to blow your mind.

Hey guess what? Ke$ha doesn’t care that you think she $ucks. In response to some of the harsh reviews she received for her Saturday Night Live performance and really just everything she’s ever done, Ke$ha told MTV News that she’s just keepin’ it real. With aliens. “If you don’t like dancing astronauts, laser beams that play music, me talking about aliens, glow-in the dark things, vocoders and a hot chick, I don’t know what to tell you. …  a lot of people are finding [she’s] not being up to par to, like, the standard that other people have set, but I’m just being real. And I think what I’m doing is good.” So I think that’s settled, then. 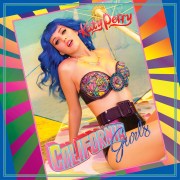 Katy Perry is streaming “California Gurls”, the first single of her upcoming album ft. Snoop. She annoys me and the spelling and lyrics annoy me but know what? I really really dig its groove. What do you think?

RAPPERS NOT SO INDEPENDENT:

According to the New York Times, there’s a new trend in Hip Hop marketing. An increasing number of rappers are representing themselves as independent artists even after inking deals with major labels. “Recent examples of rappers who have secretly signed to labels while continuing to market themselves suggest that the trend’s truly taking hold among those still trying to make their break. The idea is simple: Artists market themselves gradually, via social networks and blogs, avoiding oversaturation. They make their music using low-budget production techniques. And then, once their “indie” success wins notice in the mainstream, their label backers come out from behind the curtains.”

Did you hear Britney could have been on the other end of the “Telephone”? Yes we mean Gaga’s telephone. The track was originally offered to Brit but for reasons unknown, she passed up the opportunity to include the track on Circus or participate in the music video. It’s not the first time Britney’s trash has become someone else’s treasure – she apparently passed singing on Rihanna‘s “Umbrella” as well. 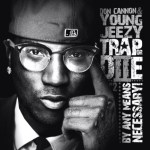 Rapper Young Jeezy surprised many by using a Malcolm X inspired cover for his latest album, Trap or Die 2: By Any Means Necessary. Jeezy explained, “One thing I respected about Malcolm X is that he believed in what he believed in. He died believing in it. That’s how I feel like I am…” (hiphopwired)

The Magnetic Fields documentary has scored a nation-wide release. The film, Strange Powers: Stephin Merritt and the Magnetic Fields, follows the career of this intensely private band over the course of a decade. It opens Oct 27 at New York Film Forum and then right across the USA and Canada. (pitchfork)