There is a diner across the street from my job. I’m a regular there. Every morning on my break at 9 a.m. – 7:45 a.m. if I’m shifted – I occupy the single table closest to the door that seats two, three if someone pulls up a chair. I order the same thing, the French toast breakfast with oatmeal instead of eggs and two sausage. It took me a few weeks to find what I liked, but since I’ve found it, I haven’t ordered different. I’ve done it enough that the waitress, Wendy, simply asks me orange or apple when I sit. My food usually arrives a few minutes after. Having a “usual” in a nondescript diner makes me happy because it’s here I feel closest to my father. 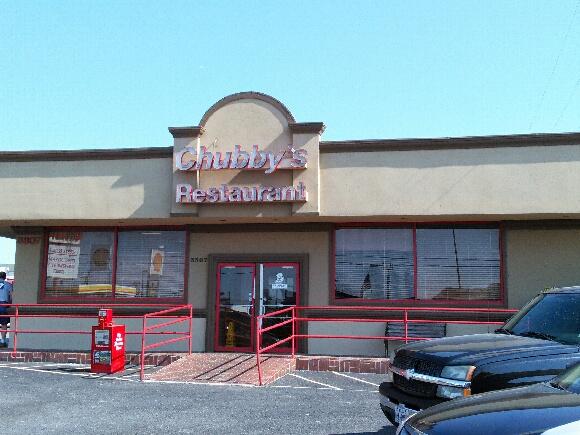 The Saturdays we spent together always began at Chubby’s. His waitress, Brenda, would wave us through the crowd of waiting patrons even when it was packed to seat us in a booth. She’d bring a coffee and a copy of the day’s paper while I labored over the menu, usually settling on pancakes. My dad took his usual, jelly toast and bacon with a cup of grapes. After we ordered he’d split the paper, handing a nine-year-old me the sports page while he read the Metro. Ten minutes in and then we’d switch, his turn with the sports while I took the comics. Clearly I was still a child, pausing to read Baby Blues and Grimm and borrowing a pencil for the Wonderword, but he would let me read the sports page first anyway. We’d talk about the next day’s pro football games or he’d talk about the high school ones. He coached at his old alma mater Madison High, where he met my mother and all her brothers. These talks we shared were and are what strengthened our bond and the love I have for him.

I think of this, of him, as I mix the raisins, walnuts and brown sugar into my oatmeal. I arrange the French toast on my plate, right angle in the top right corner so the syrup can cascade down. After I bless the food, I look up at the chair empty across from me and picture Pops. He is biting into his toast and scanning the paper while I read my latest book, Wild by Cheryl Strayed. Strayed, in deliberate detail, leads the reader through every step of her hike of the Pacific Crest Trail and the grieving of her mother who passed four years before. It hurts to read, but I can’t stop. Between the two triangle bites of French toast and spoonfuls of oatmeal I realize I am in my own mourning. My father, like hers, is content to stay in the shadows.

Our times at the diner were the most clichéd daddy-daughter time we had. When I wasn’t trying to be who he wanted me to be — a devout Christian heading off to his college alma mater Syracuse — he was not around. When I began embracing myself, wearing less dresses and more button downs and being unapologetic about my lack of church attendance, the meaningful interactions stopped. We stayed within safe zone conversation topics when we did meet. I longed for those interactions, to learn more about the man my father was through either his passion or his life, but I never got any anymore. The comfort and rhythm we shared at Chubby’s could not be duplicated. That didn’t mean he stopped coming around.

When I finally grew tired of him crashing through my life like a wide swung wrecking ball, I asked him to meet me at the café inside the bookstore where I work. We sat at a wide, round table and ordered a tea and Pepsi. There, I gave him the softest ultimatum my lips could form: if you want to see me, you have to come find me. No more (missed) calls. No more short, cryptic text messages. I wanted to see his face or nothing at all. I didn’t think this was a particularly difficult task to accomplish since I’m very visible online as a performer and work full-time at the biggest bookstore in the area. I felt that it’d cushion the blow from when he would promise to come then no-show like he’d done my whole life — a pattern I figured would slow or break once I got older. Instead, he consistently disappointed, most recently canceling 10 minutes before a special show after I’d nervously posted my excitement online. I was angry with myself the whole night that I’d allowed myself to hope like that, an excited little girl looking out the window waiting for her dad to pull into the driveway. He never let on whether my sexuality kept him away more than an inability to keep commitments, him being a Southern Baptist preacher with a pretty new wife and eager for a church of his own. What he did say, was that as a man of God, he could not help but to try and save my corrupted soul, even at the risk of being a good father. I left the table knowing I’d probably never see him again. I haven’t been wrong.

Wendy the waitress returns to check on me as I drink my juice, apple today. She fills my beer mug and leaves another small bottle I can take out the door. I call it a “regular perk.” I let her lead any small talk we have. I don’t tell her about my dad. I don’t tell her about Brenda and how they have the same hair color, but Brenda is a little bit taller. She tells me that after I complained that the other waitresses kept overcharging me, she’s taken care of it. Somewhere, there’s a sheet with my name and how my meal costs: $5.41.

Truthfully, I can’t afford to eat at Henk’s everyday, but I do because it’s something so small and so huge to me. At that table, I share a meal with my father and I’ve missed that. I’ve missed that.

Princess McDowell is a poet, writer and journalist from Dallas, Texas. She's released a CD of poetry entitled Not A Storybook <3 and a chapbook named faith move muscle. She's currently writing her first fiction novel. She can be reached at princess.mcdowell@gmail.com

Princess has written 2 articles for us.