From many accounts, Sydney-based pianist Sally Whitwell is a rising, shining star on the Australian classical scene. Just last year her debut ABC Classics album Mad Rush was awarded the ARIA Award for Classical Album of the Year, which is the Australian equivalent of a Grammy Award and therefore a pretty big deal.

Sally’s list of accomplishments as a pianist, composer, conductor and arranger is as long as it is interesting. To name just a few, she’s performed across Europe, Asia and the Americas as a pianist and conductor for the Gondwana Choirs, accompanied international opera stars, created choral arrangements for the Sydney Gay and Lesbian Choir and performed cabaret shows at festivals and in jazz basements. Up next, she’ll be providing co-conducting duties and arrangements for Sydney Philharmonia Chamber Singers in Beatles Unplugged, alongside co-conductor Dan Walker and the phenomenal force of nature that is iOTA (tickets here!).

Among all this, Sally somehow found time to create her sophomore album, The Good, The Bad and The Awkward — a three-section record that pays tribute to her most loved cinematic characters such as Anne Frank, Virginia Woolf and Amélie, those she describes as “incredibly imperfect, beautifully blemished and fabulously flawed”.

While out ‘n proud Australian musicians are my favourite people and article topics, as a musicology class reject I thought it’d be best to leave the reviewing to our classical and film music expert, Rose. Here she is to talk about the finer points of The Good, The Bad and The Awkward, and why Sally Whitwell is an artist that deserves your attention. 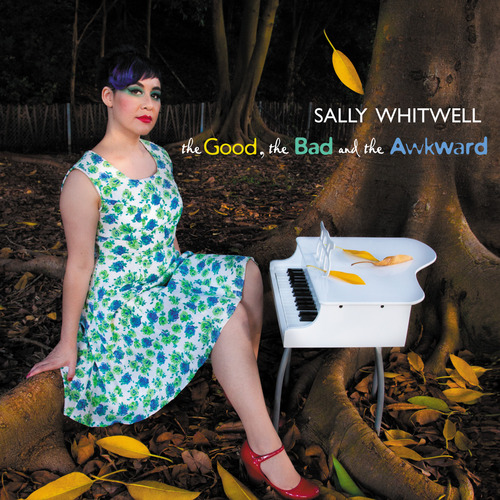 The Good, The Bad and The Awkward
Album Review by Rose

There was a time, as a young composer, when I fancied myself as a future master of the film score. As I went from Psycho to North by Northwest to Citizen Kane trying to soak up every score by my favorite film composer Bernard Herrmann, I dreamed of winning the Academy Award for Best Original Score and thanking my classic-movie-buff mom for introducing me to so much great film music. I later decided that films weren’t really where my ambitions lay, but regardless, I have a soft spot for movie scores in my music collection (heck, I even put a Bernard Herrmann track in my classical-themed Halloween playlist here). So I was excited when I got pianist Sally Whitwell’s new album, The Good, the Bad and the Awkward, where excerpts from various classic and modern movie scores are nestled among traditional classical piano fare like Bach and Schubert. The title is, of course, an homage to Sergio Leone‘s spaghetti western The Good, The Bad and The Ugly, starring Clint Eastwood — which is particularly well-known for its ground-breaking score by Ennio Morricone. (Whitwell’s interpretation is the final track.)

While some of the scores came already in solo-piano form (or in the form of other people’s reworkings, such as Michael Riesman and Nico Muhly‘s solo piano arrangement of Philip Glass‘s score from The Hours), others were Whitwell’s own arrangements. I particularly enjoyed her choice of instruments in these arrangements: not just piano, but also harpsichord (on the Morricone) and even the prepared piano (which is when you put small objects like erasers or nails in between or on the strings of a piano, to alter the sound – usually making it sound more like a xylophone or glockenspiel). I love the otherworldly sounds of the prepared piano which is not something choose themselves very often, except in works written specifically for it like those by John Cage. By using it to spice up these film score excerpts, Whitwell shows it has a place outside of experimental, atonal fare – that it has a great melodic voice that’s just as much at home in more traditional works. 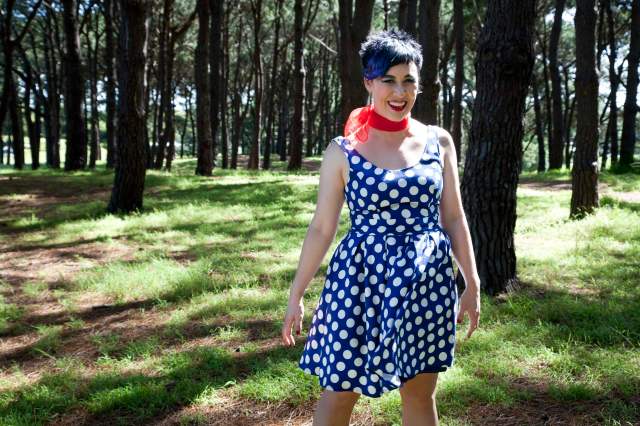 The variety of films that Whitwell chooses to cover on The Good, The Bad and The Awkward is truly striking: from modern favorites (The Hours, Amélie) to classics (Fellini’s La Strada) to lesser-known works (Anne no nikki, an anime adaptation of The Diary of Anne Frank). No matter how dedicated of a film buff you are, you’ll find new works to explore from listening to this album, as Whitwell imbues each selection with excitement and warmth.

What’s particularly interesting is how women-centered (in terms of the films’ characters) her track listing is. In an article for Australian classical magazine Limelight, Whitwell discusses her inspiration for the opening “Good” section of her album:

These are all characters whom I feel have engaged in noble struggle against adversity. Some of the films they are drawn from are completely fictional; others are based on true stories. Interestingly, and completely accidentally, they are all women. To name a few: Kitty, played so beautifully by Naomi Watts in The Painted Veil, the misunderstood wife of a doctor who treated her as a possession rather than as a human being. Anne Frank, as portrayed in the Japanese anime Anne no nikki, and her family’s terrifying struggle to survive under the Nazi regime. Virginia Woolf, as portrayed in The Hours, and her struggle in a society that didn’t understand her depression. Gelsomina, from Federico Fellini’s La Strada, and her inspiring strength in enduring abuse in a toxic relationship. These characters are all women for whom I have the greatest admiration, and to whom I would like to make a special musical homage. Indeed, you may have noticed that I haven’t yet spoken at all about the music itself. This is how it must be with this album; the characters come first and the music is an abstract expression of their stories and their subsequent emotions and actions.

The focus on women is truly what makes The Good, The Bad and The Awkward an interesting addition to the numerous film music compilations out there from classical musicians. When there’s still a huge problem with women’s representation in Hollywood, it’s great to see Whitwell use her music to put films starring women and their stories center-stage.

Moving away from the film-score portion of her album, Whitwell also breathes new life into some standards of the classical piano repertoire. I particularly liked her interpretation of Bach‘s Prelude in C from Book 1 of The Well-Tempered Clavier, perhaps one of the best-known works from one of the best-known composers. (And it’s also a work that I performed in my second year of Keyboard Skills in college, so I have a lot of feelings about it!) For so many musicians, Bach’s piano music, particularly from Well-Tempered Clavier, can’t help but evoke memories of poring over scores of it in Music Theory 101, and thus, some pianists approach those preludes and fugues with the same dispassion they would bring to a theory homework assignment. It doesn’t help that in baroque-era scores, there usually weren’t any technique markings, with the composers expecting performers to improvise those themselves. But Whitwell understands this, and dispenses with the usual mechanical approach; instead, she chooses to explore the feelings behind the work. She adds dynamic contrast to give it the kind of grand emotional sweep that I’m sure Bach, as the master of the baroque style, truly intended.

Something like Clair de lune, which is one of my favorite pieces by Debussy, can be intoxicating in the hands of the best pianists, and Whitwell does not disappoint. She fills her performance with all the passion and nuance one expects of such a gorgeous, satisfying work.

It’s clear that Sally Whitwell is shaking up Australia’s classical music scene, with innovative repertoire and a distinctive, exciting style to her playing and arranging. But she’s clearly an artist that classical music fans around the world need to check out. I’ve already bought her first album of Philip Glass solo piano works, Mad Rush, and can’t wait to hear more! (If you’re interested, Whitwell’s ‘Making Of’ video for Mad Rush is below).

The Good, The Bad, and The Awkward was released this year by ABC Classics. You can find it on Amazon andiTunes.