Artemis (Diana to the Romans) is one of the queerest figures mythology has ever produced. The Greek goddess of the hunt, animals, unmarried girls and midwifery, the mythology has her securing a promise of perpetual “virginity” from her father and immediately skipping off into the mountain forests with a group of like-minded nymphs. Together she and her women hiked, swam, lived off the land and viciously murdered any man who walked in on them naked. 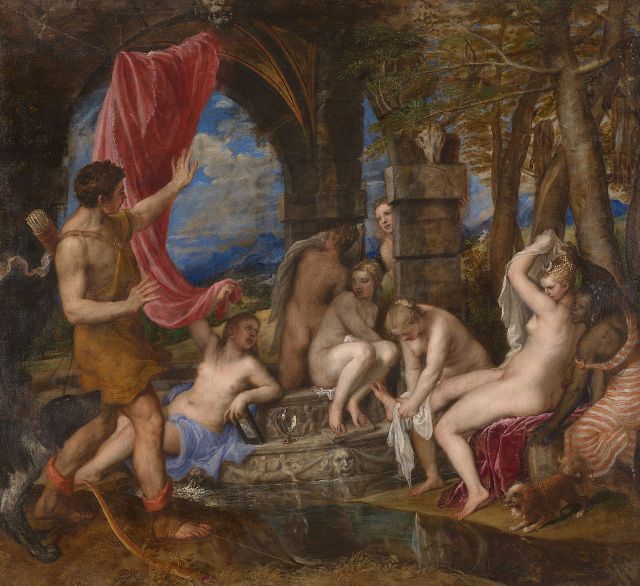 So, basically the 1970’s lesbian commune straight out of the Christian Right’s masturbatory nightmares.

There is some debate about what flavour of queer she actually is. There’s this great meme I keep seeing on tumblr about how Artemis’ sworn virginity makes her an aro ace arrow ace. Now like all bisexuals, my great weakness is puns (use this information wisely), which is why it makes me sad that of all the virgin goddesses (and indeed there are many) Artemis is almost certainly the only one for whom that identity label doesn’t fit.

In Ancient Greek, the word for virgin also means unmarried girl. There’s a school of thought out there that all of the virgin goddesses were, originally at least, just unmarried ones and that they could have as much sex as they liked with whomever they wanted. After all, it’s very clear that when Artemis and her sistren ask for perpetual virginity it’s the state of marriage rather than men themselves that’s undesirable. In fact, men are totally irrelevant. For Artemis marriage would have meant a loss of freedom, not just by subjecting her to her husband’s authority but by requiring a completely different lifestyle with different constraints and responsibilities from her. There’s a reason she’s the goddess of unmarried girls; while little mortal girls wouldn’t have had anything like her freedom, Artemis’ virginity allows her to escape the domestic responsibilities that marked out adult womanhood. (There’s a train of thought about lesbians and maturity here that takes us all the way to Freud, because apparently the one thing in history that never changes is men). 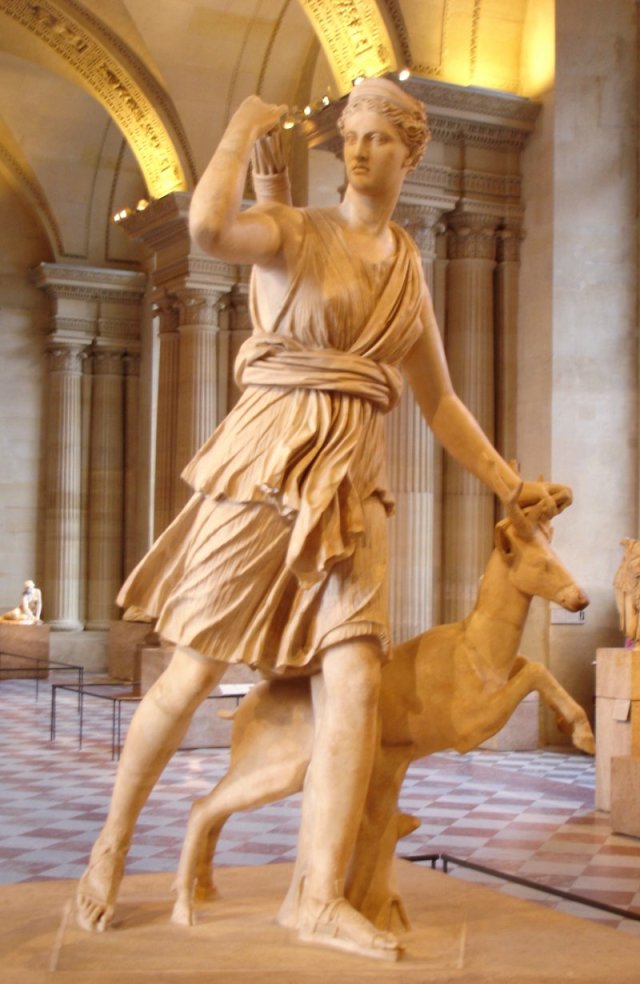 Sadly, though, this argument is rooted in the idea that these goddesses arose from a goddess-centric matriarchy that predated and was then overthrown by patriarchy. As much as I desperately wish this was the origin of Western society, the archaeological evidence for it as a universal phenomenon is basically nonexistent. Though the Minoans (the ancient Cretans) may have been matriarchal, the rest of Greece almost certainly wasn’t.

(I’ll give you all a moment to collect yourselves. I’m sad too.)

There’s some fairly compelling evidence that the “virgin” goddesses had no truck with men, even if they wanted to, in the existence and treatment of the goddess Demeter. Despite having an affair with Zeus and producing a child, Demeter successfully remained unmarried. If the virgin title was just given to goddesses who retained their sexual agency by avoiding marriage she’d carry it too, but she doesn’t. Probably for the various “virgin” goddesses refraining from sexual contact with men was the price they paid for freedom from the demands and constraints of marriage (think nuns, and how that was an option for noble girls who couldn’t or wouldn’t settle down with a man — girls can’t just wander around with freedom, they need an excuse). I have trouble imagining any of them were particularly sorry though, considering the tradeoff.

Just because they couldn’t have sex with men, though, doesn’t mean women were off limits to the various “virgin” goddesses. Being history’s most cisheterosexist society, the Greeks thought virginity loss required PIV penetration, which meant that women were entirely on the menu when it came to Artemis.

It’s hard to say if we’re supposed to read Artemis as attracted to women or understand that she’s sleeping with her nymphs. I suspect it varied from culture to culture. In Athens and then Rome, lesbian sex was considered to be shameful and disgusting because it involved women usurping the roles and rights of men, though this didn’t stop citizen men from hiring prostitutes to perform it for them. Probably the Athenian and Roman Artemis, at least according to the dominant culture, was a nice heterosexual girl trapped in a perpetual chaste girlhood because of her refusal to grow up and sublimate herself to a man’s desires. To lady-loving girls in both cultures I imagine the obvious subtext was known as simple truth, and in places like archaic Lesbos I imagine it was much the same.

There is at least one myth that makes it explicit that she shared a degree of physical intimacy with one of her nymphs, Callisto. Unfortunately we only have this because it’s an essential plot point in yet another Zeus rape story. Incidentally, while trying to find a suitable link for you all I realised that I’m going to need literally everyone to stop referring to Zeus’ rape victims as his “lovers;” just because the Ancient Greeks institutionalised victim blaming doesn’t mean we have to. (I also discovered that there is a support service for college rape survivors named after her which is sort of nice.)

“Quickly he took on the face and dress of Diana, and said ‘Oh, girl who follows me, where in my domains have you been hunting?’
The virgin girl got up from the turf replying ‘Greetings, goddess greater than Jupiter: I say it even though he himself hears it.’ He did hear, and laughed, happy to be judged greater than himself, and gave her kisses unrestrainedly, and not those that virgins give.”

What we have here is Zeus (Jupiter) deciding that he really wants to have sex with his daughter’s girlfriend, shapeshifting so that he looks like his daughter, and only changing back after he has Callisto close enough that she can’t escape from him. There’s a titillating grotesqueness in the way Ovid addresses this, as well as a reassurance that their relationship doesn’t go past kisses. Not content with pioneering the doomed lesbian storyline, he’s also giving us softcore lesbian fanservice with the traditional assurance for the reader’s manhood that they’re not really into each other like that. The thing is though, this myth only works if Callisto and Artemis normally kiss each other in distinctly non-platonic ways, and if there’s an expectation for romantic touch and closeness between them. Artemis is clearly at least attracted to women, and as it doesn’t violate her oath of virginity there’s no reason to assume she wasn’t acting on that attraction — or at least understood to be by many of her followers over time.

It is possible to make the argument that Artemis is bisexual and that she had feelings for both Orion and Hippolytus, but I find it to be a weak one as it’s based on one variant myth and one frankly bizarre modern interpretation of another. In the case of Orion, the usual version of the myth frames the two of them as friends and rivals, engaged in a dangerous contest that might wipe out every animal on earth. There Orion’s death is a consequence of their refusal to stop, the only way that the other gods could put an end to it. In the romance version, however, there’s no sign of that; instead, Apollo (Artemis’ twin) is jealous of the fact that the two of them are in love and tricks her into murdering Orion, robbing her of her agency and assigning her a reassuring desire for men in one single, tiresomely patriarchal act. In the case of Hippolytus — sworn virgin, expert hunter, dedicant of Artemis and actively sex repulsed — male academics are always seeing in his sex repulsion a repressed desire for Artemis and, in her avenging of his death, a return of that desire. Gods were always avenging their favourite’s injuries, but somehow in a goddess dedicated to the sexual rejection of men this becomes a sign of secret sexual interest.

Artemis, regardless of whether or not she feels or acts on sexual desire, is so very clearly a lover of women. Not just in a “she loves and appreciates women in the bonds of sisterhood” way, but in the desires romantically and seeks out life partners to start an earth friendly granola business way. More than that, she models an alternative way of existing to the dominant capitalist-patriarchal model, with women prioritising each other, the environment and their community of choice over the nuclear family and amassment of wealth. Like the Morrigan, she’s more relevant than ever.