One of the primary arguments made against same-sex marriage is that children suffer without a same-sex “role model” as a parent — that sons without fathers won’t undergo proper gender socialization and consequently will turn out psychologically maladjusted and maybe even also homosexual! Now we have a study from The Williams Institute that may help debunk that theory, “Adolescents of the U.S. National Longitudinal Lesbian Family Study: Male Role Models, Gender Role Traits, and Psychological Adjustment.”

Lead author Henny Bos of the University of Amsterdam and her team felt that “the concern that children with same-sex parents suffer from inadequate gender socialization is based on an erroneous assumption that these children are exposed only to adults of a single gender,” and that it was important to also look at the psychological adjustment of children who, despite having two female parents, managed to socialize and form bonds with other male human beings throughout their fascinating lives on this diverse special planet. 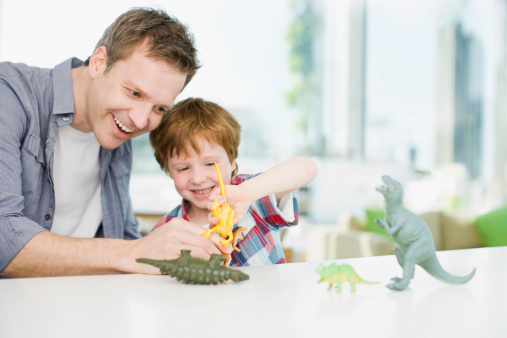 The researchers’ interest in this topic was partially motivated by a 2007 study entitled “Lesbian mothers’ ideas and intentions about male involvement across the transition to parenthood” (Goldberg & Allen), which interviewed 30 lesbian couples during pregnancy and again at three months and found that more than two-thirds of the mothers were concerned about the absence of a male figure in their child’s life.

“I’ve always felt pretty indignant about the “need” for male role models in the lives of young boys,” Laneia, a lesbian mother of two boys, told me. Laneia’s kids spend the school year with her and summers with their Dad (her ex-husband), across the country. “But then there was usually a little tug of worry or guilt in the back of my mind, like I was probably fucking something up by not having more men around. Being a parent is lots of worry and guilt though, so this is normal. But now what I’m understanding is that really I just need to make sure they have a variety of personalities and interests and goals and experiences to try on or hear about or come to understand.”

This is in line with some of what Goldberg & Allen found in their study of pregnant lesbians:

“When asked why they thought that male role models were important for their children, some women indicated that children should be exposed to a diverse range of people of different genders, sexual orientations, races, and ethnicities.”

Were their concerns well-founded? That’s where Bos’s study comes in. They looked at 78 teenagers (50-50 male/female) who’d been raised by lesbian parents were asked about their relationships with male role models and about their identification with traits stereotypically defined as “masculine” or “feminine.” Their psychological well-being was also tracked by assessing reported rates of depression, anxiety and anger, among other unpleasantries. Also worth mentioning: the study sample group was almost entirely white (87%) and mostly middle-to-upper class (81%), which makes any broad-level conclusion-drawing impossible.

The results showed that the gender of one’s parents and the presence of same-sex role models (whether it’s a parent or an external party) had no relationship whatsoever to the kids’ identification with certain gender roles or overall psychological adjustment.

“We found no empirical evidence that the associations between gender role traits and adolescent psychological well-being were different for girls and boys, or for those with or without male role models. These findings contradict the claims of scholars who, based on social learning theory, assert that male role models, particularly for boys, play a critical role in the development of healthy psychological well-being.”

So there you have it — according to this study, the health and gender socialization of boys is not harmed by the absence of a male parent. 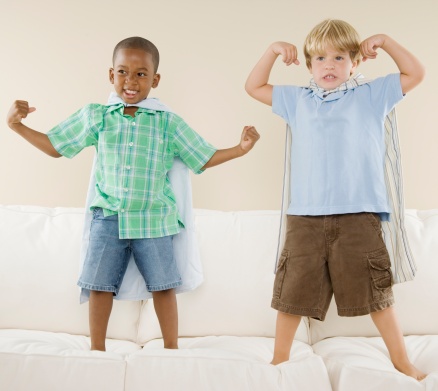 After the dubious same-sex parenting study that came out two weeks ago, this particular study has been greeted with open arms, which honestly feels slightly bizarre. Are we really excited that lesbians are capable of raising boys with proper “gender socialization”? ‘Cause from what I’ve read, it’s generations upon generations of properly socialized boys that have created this weird dysfunctional civilization we currently live in. But regardless, it’s not the fact that we’re looking at proper male socialization that surprised me about the overwhelmingly positive reaction to this study, it’s that we were touting our ability to execute “proper” gender socialization in the first place.

As the researchers point out in their introduction, “An underlying assumption of social learning theory is that developing adequately gendered behavior is important in its own right and is a necessary end in itself.”

It’s an erroneous and dangerous assumption to make. But before that assumption is made, we’ve already predicated the entire conversation on the idea that the so-called absent-father epidemic can be fixed by social change and that therefore female same-sex couples are in a unique position to further or cease the “problem.” (Or that fatherless families didn’t exist before lesbians made their own.) For many families, getting Dad back home would require resuscitating a dead body or facilitating a prison break (1.6 million kids in this country have fathers in prison), and in any event, 23% of the nation’s family households are headed by single mothers.

Furthermore, studies that tout the supreme psychological well-being of children with a father in the house render themselves nearly meaningless by ignoring causation — is it really that children with fathers at home are less likely to be abused or take drugs, or is that the types of fathers who stick around are the ones who are more likely to be supportive, caring forces? (Rebecca Ryan’s study on “The Moderating Influence of Marriage Prosperity” has a lot to say about this.) Is it fair to come down hard on single mothers in a society where women aren’t given the same employment concessions and opportunities as men? Unstable fatherless homes don’t exist in a vacuum. These studies tend to be used to condemn single motherhood, absent fathers or same-sex parents rather than what they should be used for, which is to condemn the legal, economic, public health and tax policies that exclude non-traditional families and erase transgender parents altogether. Not to mention that there’s an increasing body of research debunking ideas about traditional families’ inherent superiority in the first place. 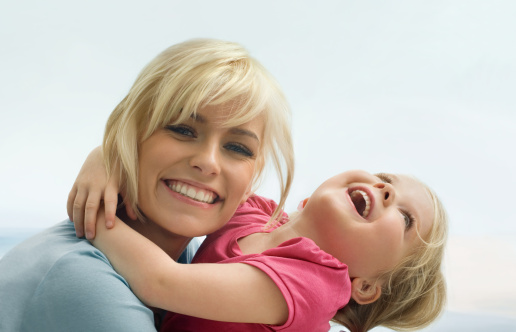 Gender socialization is one of many elements of family life we’ve been bred to see as “essential” when in truth, gender socialization in and of itself has never met the needs of the individual, only the larger system which benefits those already in power. It’s unsurprising that the bulk of gender socialization research, then, is focused on maintaining the masculinity of boys and men, as Bos’s study points out: “Embedded within this longstanding critique of single-gender parenting  is a substantially greater concern for the well-being of fatherless boys than motherless girls, as reflected in the sheer volume of research on the former and relatively little data on the latter.” How girls turn out isn’t, I guess, quite so crucial.

Rather than figuring out how best to assimilate into said status quo, queer parents are in a unique position to challenge the gender norms that necessitate this kind of conversation in the first place; conversations which benefit all types of families. It’s fundamentally irritating that lesbians even have to prove they’re able to raise men as men  — we should truly only be held accountable for raising people as people.

But many members of the queer community feel we must celebrate studies like this one because obtaining equal rights means fighting for them within a system that doesn’t necessarily reflect the needs or substance of our community. Our enemies are playing baseball, and if we show up dressed for Roller Derby, they’re not gonna let us play. If we wanna beat them in court and at the ballot box, it’s important for us to have comebacks to claims that children raised in queer families lack same-sex role models or traditional gender socialization. 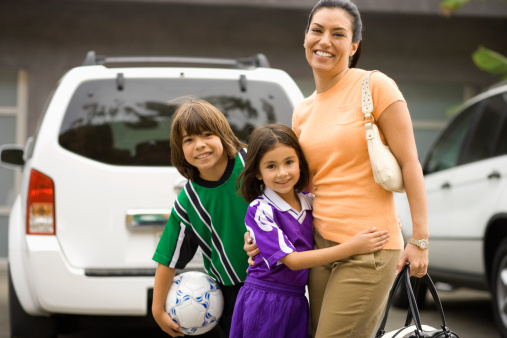 this photograph represents a happy family of beaming human beings

But I hope I’m not alone in wishing that once we get through this part — the part where many among us feel pressure to appear “just like everybody else” in order to gain legal rights — that we can emerge on the other side with our special snowflakeness intact. As Jane Ward explains in Queer Parenting For Heteros (& anyone else who wants to teach kids that being queer is awesome), there are many things hets can learn from queer parents, like our amazing ability to delink “masculinity” and “femininity” from their accordant cisgender male and female bodies.

“Gender has a way of becoming important thanks to society and gender policing,” says Laneia. “Maybe the women in your kids’ lives don’t know anything about asserting themselves on a team or changing a flat tire because they were raised and conditioned to think they either didn’t have to or couldn’t know those things. It seems like the best way to flip that kind of conditioning on its ass is to actively seek out people who challenge gender norms by having experiences outside the heteronormative binary. LIKE QUEER PEOPLE.”