Iowa has a complicated back-and-forth history with marriage equality. Iowa’s state Supreme Court legalized same-sex marriage in 2009, pioneering marriage equality in the Midwest. The ruling wasn’t necessarily representative of the will of the people (or the politicians), however — three of the judges responsible for the ruling were promptly removed from their positions.

Since the Iowa Supreme Court ruled for marriage equality in 2009, there’s been a concerted effort to ban it, spearheaded by many of the same people who successfully removed those three judges — Iowa Family Policy Center. The Center is now accused by the Associated Press of having misused federal funds for its religiously motivated campaign. 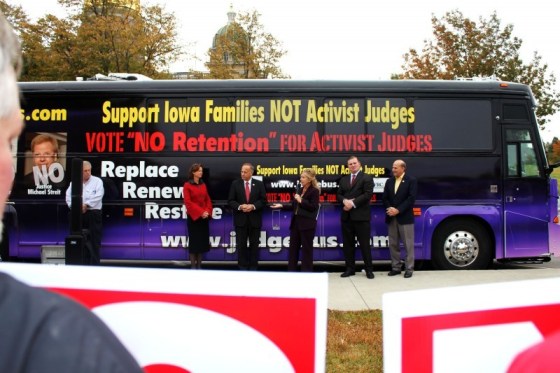 If the name Iowa Family Policy Center sounds familiar, it might be because they’re a subsidiary of the Family Leader, who’s responsible for the crazy-conservative “Marriage Vow” pledge that Michele Bachmann, Rick Santorum, and now Rick Perry have all signed. The pledge in question includes a commitment to “opposition to same-sex marriage at every level, a promise to support only judges who are “faithful constitutionalists” and protecting women and children from pornography” as well as making divorce more difficult and rejecting “Sharia Islam.” (I’m going to assume they meant either “Sharia law” or “Sunni/Sufi/Shi’a Islam” because what they said makes no f*cking sense and implies that maybe Islam is not a topic they are super knowledgable on.)

You may be, like Towleroad, a little surprised that the Iowa Family Policy Center was receiving federal funding at all, given, you know, the separation of church and state. Here’s an excerpt from their website via Towleroad:

IFPC, a 501(c)3 organization, believes that presenting the truth through education is fundamental in reversing the breakdown of a productive, ordered society caused by the failure of families to produce God-fearing church, civic, social, and family leaders.  One of IFPC’s key strategies is to engage Christians with truthful, biblical, and consistent messages.

The federal grant in question, to the tune of 2.2 million dollars for the time period of 2006-2010, was meant to go for marriage counseling services. Evaluators of how the grant was used say that roughly 6,000 people were supported by the IFPC’s marriage counseling. But the Associated Press, having accessed the grant documents through the Freedom of Information Act, says it was also used for employee salaries, rent and utility on general IFPC operations — basically, it was going to fund the IFPC’s day-to-day work of restricting rights and freedoms for gay families. From the AP’s original coverage:

[Department of Health and Human Services] documents describe the extent to which tax dollars helped fund the Family Policy Center, which is greater than a spokesman previously acknowledged. In the final grant year, which ended Sept. 30, the group used $192,000 of the money to pay part of the salaries and benefits of five employees, including President Chuck Hurley, an activist known for lobbying and campaigning for a conservative Christian agenda.

“We went out and saved hundreds of marriages. … We knew what we could and couldn’t do with federal money, we followed it scrupulously and our auditors were looking over our shoulders, which is a good thing,” Hurley said. “They sliced and diced and made sure that all of our apportionment for all of our entities was done according to the grant requirements.” 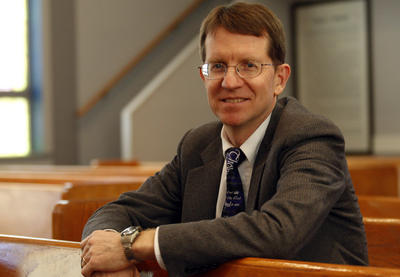 It’s unclear whether there will be any repercussions for what seems like at least a minor financial scandal. The HHS appears to have approved the grant budget, with the allocation for Chuck Hurley’s salary clearly explained. Which would mean that the HHS at least is fine with your tax dollars paying this guy’s salary.  This is an example of something that even repealing DOMA won’t fix — our government’s yawning loopholes for people like Chuck Hurley and the IFPC. Good thing all those marriages were ‘saved,’ though; it’s so rare that you see people really willing to put it all on the line to be together, they need all the support they can get.  As long as they’re straight.