If you’ve been social distancing for a while and plan to keep social distancing for a while longer, there’s a good chance you’re thinking about getting into video games — again or even for the first time. If you haven’t already, my guess is you’re worried about either the cost or the learning curve. Well, I’ve got some good news: You very likely already have what you need to start gaming, and video games have never been more accessible. Here are three easy steps to help you get started.

1. Figure out what you want to play, and why. 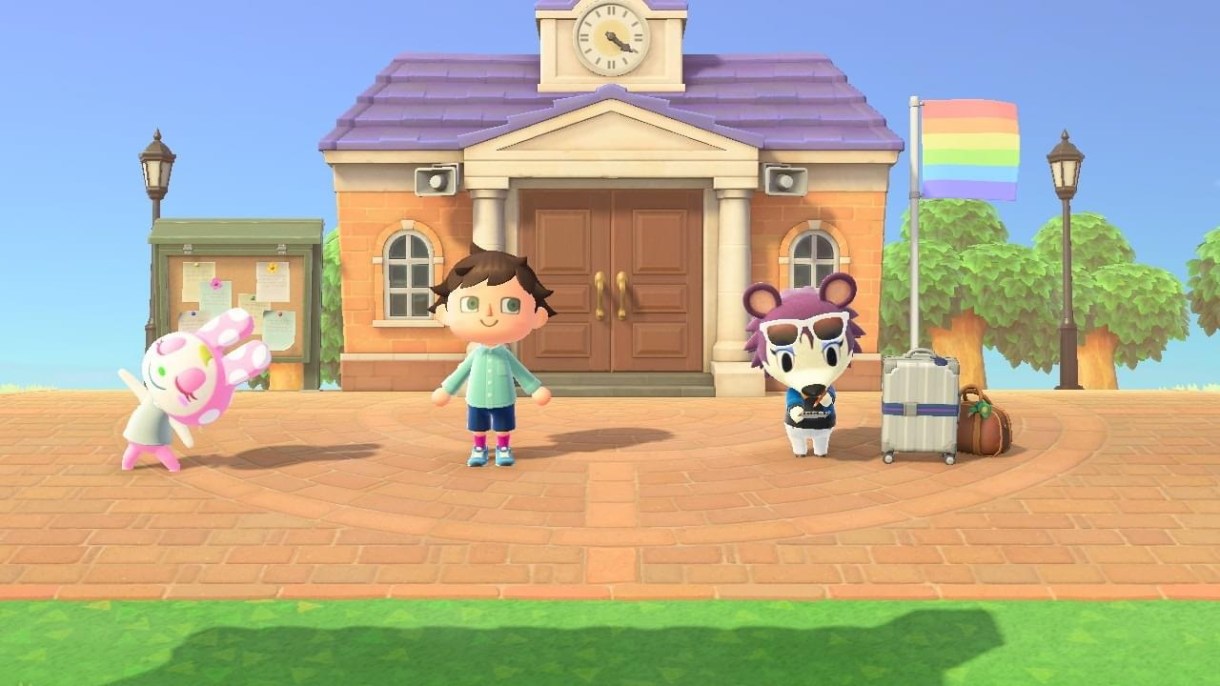 All of my Animal Crossing villagers have started calling me “burrito.” I like it.

One of the most overwhelming things about getting into video games is that AAA games — blockbuster games that cost major developers millions of dollars to make — generate the most buzz, so it can seem like the only games available are ones that require you to already know dozens of combinations of button smashing that were gleaned from years of playing and absorbing the world-building lore of all the games in the series. And yes, those games exist (although, these days, you can pretty much pick up with the newest game in any series and learn what you need to know in a matter of hours; game developers want new people to play their games), but those huge titles absolutely don’t make up the majority of what’s available to play.

Think about what kind of games you actually want to play. The classic Nintendo, Sega, PC, or even coin-op cabinet games you grew up on? Puzzle games? Simulation games that let you build farms, cities, or entire civilizations? Story-driven games with very little combat? Role-playing games that allow you to become the epic hero of your own story in a fantasy land? Sports games? And think about why you want to play! Is it to connect with other people who are also playing the game, to get lost inside another world, to challenge your brain and fine motor skills, to pass the time with Netflix on in the background?

2. Decide which gaming platform will work best for your budget and your interests. 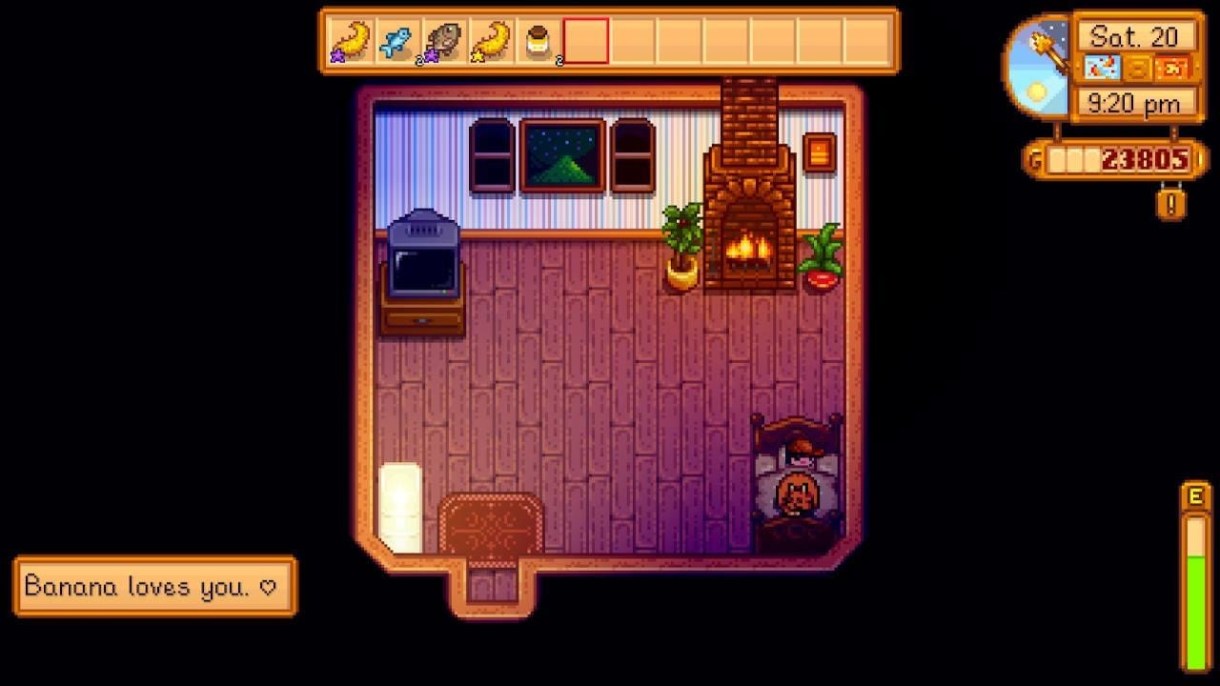 In Stardew Valley you can build friendships with everyone, including your cat.

You may simply know that you want to play Animal Crossing because all your friends are playing Animal Crossing and it looks chill and adorable. Boom, done: you want a Nintendo Switch. But probably you clicked on this article because you’re looking for a little more guidance than that. Consoles — like the PS4, Xbox, or Nintendo Switch — are the most popular ways to play video games, and for good reason. They’re powerful, easy to use, the catalog of games available for each one feels infinite, and you’ll need one to play those aforementioned AAA games. With the Xbox and PS4, you’re also getting basically everything you get with a Roku (Netflix, HBO Go, Spotify, Hulu, etc.) They’re the biggest investment in terms of platform, unless you really want to get a legit gaming PC, in which case you’re jumping from a few hundred to potentially a few thousand dollars, and in terms of how much games cost. Most new-ish major console games will run you about $60. But there are other, way less expensive ways to get into gaming.

Right now, you’re reading this post on a supercomputer a zillion times more powerful than the one that took astronauts to the actual moon! If you want to play video games on your laptop, simply download Steam, the world’s largest digital video game distributor. It’s a completely free service. Which games you’ll be able to play will be restricted by what your laptop is capable of, but I think you’ll be surprised by how many — and how many types of — games you’ll be able to download. And unless you’re getting major studio releases, you’ll find the cost of games much, much cheaper. You can also order a PC controller for as little as 20 bucks to get started. Similarly, you can turn your phone into a console. Like with Steam, you’re going to find SO MANY games in the Apple Store or through Google Play. Any controller that has the latest bluetooth technology can be connected to your phone and used to play hundreds of games. You could also spring for something like a BEBONCOOL controller that’ll make your phone operate like a handheld console! If you think you want to get into gaming, but aren’t sure, this is a good way to test out your theory without dropping $500.

3. Choose your games and get going! 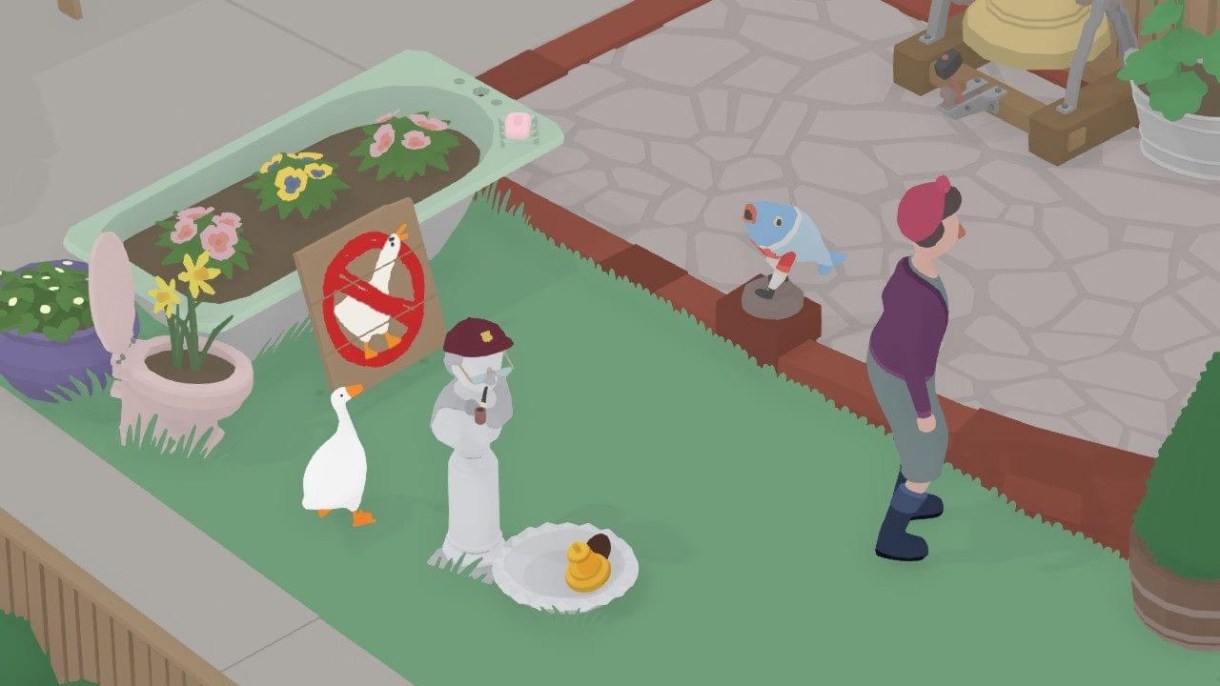 No what now? No geese, you say? HONK!

Video games aren’t cheap, but in my opinion, the only thing with more entertainment value is a book because you can read most books a gazillion times and get something new out of them every time. If I pay $60 for a big game, I know I’m going to get hundreds and hundreds of hours of playtime out of it, for years to come. But again, you don’t have to toss out that kind of money. Some of the most popular games of the past several years will only cost you 15 bucks. Take Stardew Valley, for example. Or Untitled Goose Game! (One thing to keep in mind is that some games — for example, Animal Crossing, or any of the classic Nintendo games available on the Switch — require an online subscription service that can range from five to twenty dollars a month to play with other people.)

Quantic Foundry built a five-minute quiz you can take to figure out what your motivation is for playing video games. You could pair it with the soul searching you did up there in #1 and then search out games that fit your personality. I’ve made a few little mini-lists of some of my favorite games in some of my favorite categories to get you started.

Best gay video games: Last of Us (warning: scary zombies), Life Is Strange (warning: heartbreak), Stardew Valley (no warnings, a perfect game), Steven Universe: Save The Light (also no warnings). You can also have love interests of any gender in most modern open world RPGs that have romance options.

Finally, don’t be afraid to ask question. Queer nerds like me love to talk about what they love. Try it out in the comments below!