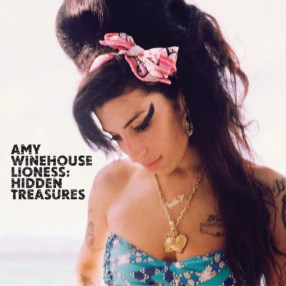 Well, her one and (presumably) only posthoumous album, Lioness: Hidden Treasures, has officially leaked on YouTube a few days ahead of it’s release next week. The 12-track collection features previously unreleased tracks, alternate versions of existing classics as well as a couple of brand new songs she was working on at the time of her death.

The full track listing is as follows:

Gaga is in full promo mode for “Marry the Night” these days, leading up the video premiere tonight on E!. She performed the fully produced dance version on the Grammy Nominations special last night…

…as well as a sublime acoustic version on some homosexual talk show program I am not familiar with but enjoyed nonetheless.

PS: She received three nominations including Album of the Year, Best Pop Solo Performance and Best Pop Vocal Album. Clearly Adele is winning everything (as she should).

Glambert has christened his upcoming musical masterpiece “Trespassing” and provided these new quotations to Rolling Stone regarding it’s sound and scope:

“At first I was trying to figure out how to please my fans – but then I started trusting my instincts. It’s the same as what I learned on Idol. You have to fight for this shit. There’s party music, sex music, fucked-up-relationship S&M music….But every song explores something real.”

Kate Moennig has a lengthy new interview with focusonfilm.com, providing some new insights on loving Jersey Shore, wearing men’s clothes and why she wants to remove half her tattoos. 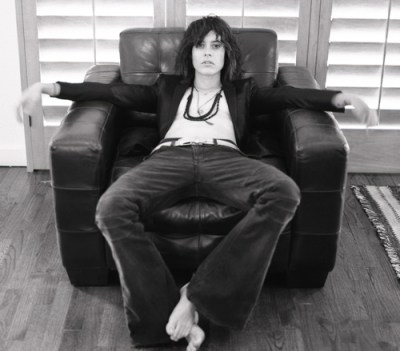 On The Real L Word:

“I think its smart. I mean she (Ilene Chaiken) created a brand from that show and she ran with it. I don’t feel like I have anything to do with it. It’s separate entities. The title is what it is. It’s entirely different. I don’t put them together, and I haven’t seen the reality show so I can’t comment on it. And again, it has nothing to do with me, not in a good way or bad way.”

“Hell yeah, I mean I grew up with girls like that. People say how can I? But I get their culture. I get it. I’m not a part of it, but I know it like the back of my hand. I grew up in the Jersey Shore, not with them, but people like them. I knew Paulies, Snookies and J-Wows. J-Wow was the tough girl in school. She was really smart with an acidic tongue and the perfect remark to shut someone up in that moment, that nobody fucks with and that’s why I love it.”

“What people don’t realize is that there’s an amalgamation of four bad haircuts that were growing out into one over a couple of years.”

“On I went in prior to getting the Young Americans role, and it was great. I was really flattered and happy about how far I got. I didn’t have an agent and a friend in the film recommended me to the director. I went in a few times. I’m happy for the way the movie came out though. It was my first audition.“

Darlene actually addressed the lezzie paparazzi shot heard round the Lesbian Internet! Also, Howard Stern mentioned Sara Gilbert would be on his show next week, so that should be pretty terrible/awesome for everyone involved.

Gloria Estefan will likely play Santana’s mother. Other stunt casting includes Ricky Martin who will play a McKinley High Spanish teacher in an upcoming January episode. I wish the grown ups on Glee didn’t bore the shit out of me (except Gwyneth, ILY).