We are so close to the weekend, I can almost taste it. 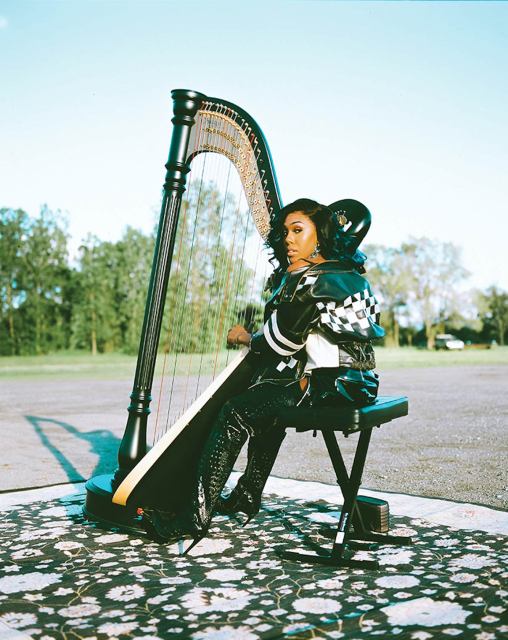 Photo via Ahya Simone on Instagram, courtesy of Kai Dowridge

Malic wants to know if anyone else is hate-watching Love Is Blind? Maybe y’all can start a support group. Netflix’s Love Is Blind Makes One Wonder, Are Straight People Doing Ok?

What the Bloop Happened to Queer Media? Which to be honest is mostly about cis men’s gay media, but the author didn’t want to say that out loud. Anyway, it includes a quickie interview with Autostraddle EIC Riese Bernard, so that’s something. And it’s a great reminder that if you want your queer media to survive the very real graveyard, becoming an A+ member is just a click away.

“For the first time I felt like I had so many more choices in my life than I originally thought I had. That was my first realization that I did not just have to react to the world, that I could be intentional in the world, and just curious about what came back to me.” One of my favorite writers, Ashley Ford, on this week’s Longform podcast.

“The general idea seems to be that humans are so busy pursuing complicated forms of self-actualization that we’d like much of our life to be assembled for us, as if from a kit.” The Age of Instagram Face (This actually came out in December, but I saw it re-circled three times this week alone, so I’m thinking something is there?)

What Coronavirus Teaches Us About Climate Change

House Passes Emmett Till Anti-Lynching Act, Making Lynching a Federal Crime, and for further reading, A Black Lawmaker’s Anti-Lynching Bill Failed 120 Years Ago. Now, the House Finally Acted. Speaking of which — RIP Trayvon Martin. Murdered eight years ago this week. Sending a lot of peace to his family, and particularly his mother Sybrina Fulton. You are never far from our minds or hearts.

Up to 91% More Expensive: How Delivery Apps Eat Up Your Budget. We can’t have nice things.

How to Write a Perfect Resignation Letter. Perhaps related: The Difference Between Worry, Stress and Anxiety

Do You Remember Livejournal? It Was an Essential Part of My Teenage Identity. (This cartoon is 100% nostalgia and damnit I love it)

“I find that being able to make decisions for my body, being able to see myself as a full sexual being, and being able to take control of that narrative around my body is empowering… My sex is not what somebody else is choosing for me. It does defy a lot of the messaging around what women should be doing [but] when you can take control of something that has at one point in time had a control on you, then you are in a better space for it. And that is empowering.”

‘You Believe He’s Lying?’ The Latest Debate Captured Americans’ Exhausting Tendency to Mistrust Women by Rebecca Traister for The Cut

And I really try not to focus on the same candidate twice in the “Political Snacks” section, for the sake of balance, but this is going to be one of the funniest things you see today. It’s what you deserve. 😂 😂 😂

When I tell you this sent me FLAT on the floor pic.twitter.com/lGzLpd75fS

Carmen has written 305 articles for us.