Hello.Hello.Hello and welcome back to Also.Also.Also, Autostraddle’s twice a week link roundup, already in progress! I’m Carmen, your trusty tour guide through the news of the week, and I’ll be taking over for Laneia and Natalie for the time being. Get comfortable and cozy! I think we’re really going to enjoy each other’s company. 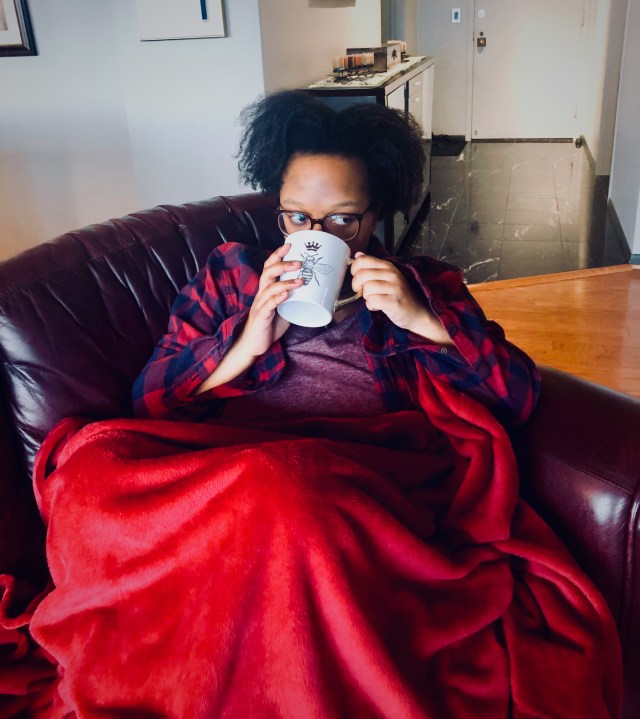 I’m drinking my morning tea because I hate the taste of coffee.Yes that mug is Beyoncé-themed, since we’re all getting to know each other.

Whitney Houston Will Be Inducted into the Rock & Roll Hall of Fame. Black femmes win and we love to see it.

Girl Expelled from Christian School for Wearing a Rainbow Sweater

The Title ‘Ms.’ Ignited Controversy in the ’70s, but It Caught On. The Pronoun ‘They’ Will, Too.

The International Olympic Committee has announced a ban on athletes kneeling, hand gestures or ‘any political messaging’ at Tokyo Olympics. Megan Rapinoe Responds: “We Will Not Be Silenced!”

(Much respect to Rapnioe, her history of protest is very important – particularly her history as one of the first white athletes to take a knee and protest police brutality during the national anthem. However, let’s also not forget that these new bans are almost exclusively targeting the historic role of protest made by black athletes and other athletes of color.)

The more I read about the new WNBA CBA, the more I'm wondering if @Nnemkadi30 might be available for my next salary negotiation.

And while we’re here: Black Women in the WNBA Fought for More Money and Better Quality of Life — And Won by Tamryn Spruill for Zora

Which Tech Company Is Really the Most Evil?: The 30 Most Dangerous Corporations in the Industry, Ranked by the People Who Know

Uh oh. You Might Want to Throw Away Your Thinx Underwear. In full honesty, I’m probably going to keep wearing my Thinx? But I still think you should know.

Impressive Questions to Ask in a Job Interview

20 Headlines Comparing Meghan Markle To Kate Middleton that will remind you that racism is in fact, very real! Yes, even for princesses.

In case you didn’t see the post-debate missed handshake that everyone can’t stop talking about:

CNN has just published the audio of the tense conversation between Bernie Sanders and Elizabeth Warren after yesterday's debate pic.twitter.com/EUdIyIkroW

Oh but since we’re Autostraddle, we are DEFINITELY going to talk about the sexism: Elizabeth Warren Brushed off Bernie Sanders and Taught a Master Class in Handling Sexism and The Third Rail of Calling ‘Sexism:’ Warren Tried Not to Talk About It by my favorite non-Autostraddle political writer, Rebecca Traister for The Cut.

Who is my overall favorite political writer, you may ask? None other than Natalie, of aforementioned WNBA tweet fame. If you missed her recap of this week’s democratic debate, you’re missing some insanely smart and queer political coverage.

Carmen has written 233 articles for us.