Why Don’t We Wanna Internet Bang

Ever since hookup websites (and subsequently apps) became the way gay men play, lesbians have been asking, “Where’s our Grindr?” But perhaps the better question would be, do lesbians want to bang or just hang with friends? And if you build a women-seeking-women app, will they come?

You see, it’s not that he hates the gays, Gingrey just wants the best for the kids. And that means that they learn about traditional, stereotypical gender roles at an early so that they realize that a mom can never be like a dad, and vica verca. Then, they will never get gay married! A woman will come across the woman she loves and realize that she will probably fuck up their future kids by not being a father. Thanks grade school and Rep. Gingrey. 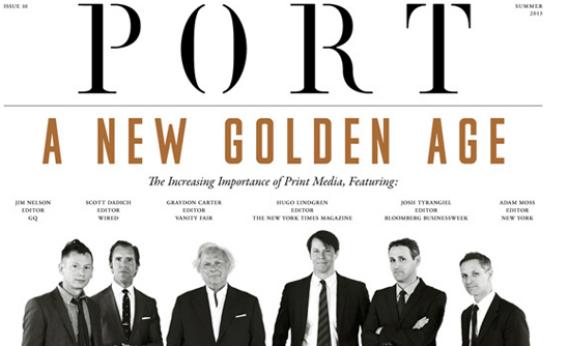 I agree with Longreads that some of the essays xoJane recruits are worth reading. But that proves only that women are capable of writing compellingly despite receiving very little institutional support for their work. The writers and editors defending women’s magazines this week argue that it’s male bias in the magazine industry that fails to view more traditionally feminine forms of writing as “serious.” I hope we can also take this opportunity to question why women’s writing is aligned so heavily with personal essays and service journalism—the forms that are the cheapest and ad-friendliest to produce. This is a different form of male bias, one that can’t easily be answered by ladymag self-promotion. And honestly, the editors of women’s magazines are not the most objective sources to trust on this issue.

“All it seems that journalists who write for women’s magazines can do is to keep pushing back against this persistent and not entirely correct assumption that the work done by women’s magazines is insufficiently important,” Grose concludes in her piece. Yes, but: The editors and publishers of these magazines could do a lot more to invest in the work they publish. And they could start by addressing their own contributions to the perception problem: The June Ellecover that accompanies Myers’ letter teases stories like “Sexy Hair Secrets,” “200+ Bags, Shoes, Jewelry,” “Kerry Washington: How Scandal Made Her the Hottest Woman on TV,” and “Feel Hot.” It does not mention, say, Ann Friedman’s profile of the congresswoman Kyrsten Sinema, which also appears in the issue. I assume they don’t lead with the “serious” profile because it just doesn’t pay off.

A New York rapist adds to the recent tally of hate-crimes with an orientation-motivated rape:

A rapist in the neighborhood of Greenpoint in Brooklyn, N.Y., has begun targeting lesbians, reports The Brooklyn Paper.

On Sunday, a woman who was walking down the street shortly after midnight was raped at knifepoint by an attacker who reportedly told her, “I’m doing this to you because you’re gay.”

This Billboard Is Serious

This billboard about HIV awareness totally promotes the gay lifestyle, right? Nope. I just hate everyone. 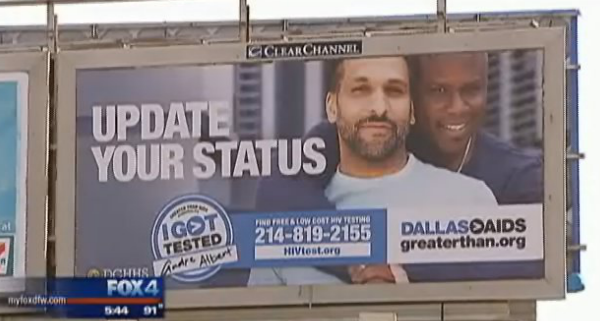 Councilwoman Vonceil Jones-Hill told Fox 4 Dallas-Fort Worth that the billboard presents “African American men who are homosexuals as acceptable” and encourages gay people to “feel free to continue what you are doing” — and she thinks that is a problem.

So does local pastor Bishop Eli Jacobs, who said: “When I saw it I said, ‘Now what are they up to? They trying to promote two men being together?’”

But others in the community — particularly health professionals more interested in sexual health than homophobic stigma — see the campaign as an important step forward in talking openly about safe sex, one that asks “How do you get families, churches, schools to have a conversation about protection and protecting one’s self?” without judgement or shame, as Thomas told the Dallas Morning News recently.

A senior State Department official on Wednesday said the U.S. government has grown increasingly concerned about anti-LGBT discrimination and violence in Russia.

Uzra Zeya, acting assistant secretary of the Bureau of Democracy, Human Rights and Labor, spoke to the Washington Blade in an interview at her Foggy Bottom office hours after the Russian Duma unanimously approved a bill that would ban foreign same-sex couples and single people from nations that allow same-sex marriage from adopting Russian children…

“We are absolutely against any legislation that prohibits same-sex consensual relations and we speak out against it and so it’s a consistent position,” Zeya said. “We’re very concerned by the overall direction in Russia. It is something that we have communicated directly to the Russian government.”

Guess who was integral in passing a law for trans* protections in Delaware? My girl.

“It’s pandering, to use an ugly word, to the most common level of what it means to get support,” he said. “Cindy McCain has said a few things in support of same sex marriage that seem to me to fall under the rubric of supporting basic civil rights. Some people don’t do that, like her husband. But have we reached the point where national groups are rewarding people for doing low-level basic common decency? Thanks for not kicking us in the head again!”

Linda Hirshman, a lawyer and activist and the author of “Victory: The Triumphant Gay Revolution,” took a more sympathetic view; allies like Cindy McCain, she said, are important to changing minds on a fluid issue and shouldn’t be excluded for their minor-key activism or for their ties to Republicans. “I myself am personally very radical,” Hirshman said, “but I believe that the gay revolution came from a place of such stunning marginalization and disempowerment that you couldn’t possibly make those changes. There are social movements that could make radical change; the gay revolution shouldn’t be criticized for not doing it all at once.”

Grace University wants Danielle Powell to leave the premises and pay them back her scholarship because, I mean, she’s gay. Common sense, right? 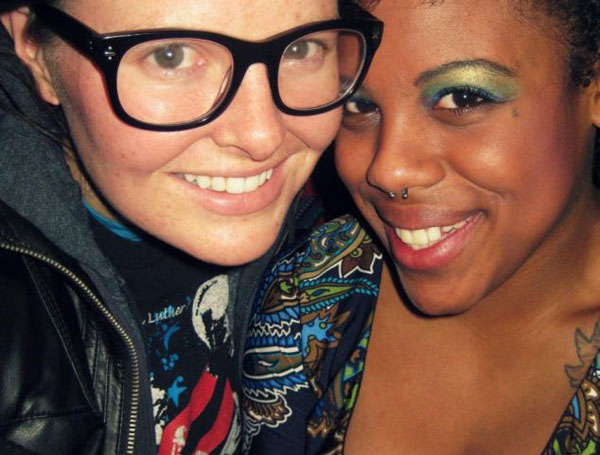