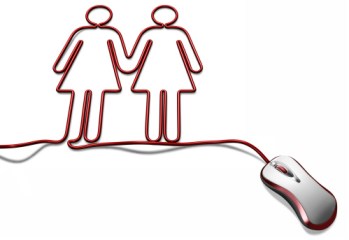 Welcome to Also.Also.Also – a rundown of important stories you should know about but we didn’t write about, much like The Daily Fixes of Yore.

+Lesbian minister Amy DeLong was found guilty in a United Methodist Church trial of performing a same-sex marriage. The court acquitted her of being a “self-avowed practicing homosexual.”

+A new Twitter campaign is calling for President Obama to “evolve already” in his stance on gay marriage, according to The Advocate. #evolvealready

+ Solomon Georgio on Racist Queers: “Yes, being gay makes you an oppressed minority. Now that we have that established, I would like to point out that you are white.”

+A Southwest Airline pilot was busted and reprimanded for saying homophobic, misogynistic, and just plain mean things over his radio. Jezebel posted his whole tirade for your listening pleasure.

+The GOP doesn’t think they’re fighting a “war on women” while concurrently passing anti-choice legislature, meaning that they maybe don’t understand what “war on women” means.

+Yashir Ali explained why it’s weird and wrong that many politicians are pro-choice and anti-gay marriage.

+ New Japanese Pop Idol turns out to not be real— she’s a digital composite of her other, actual girl-group members.

+Pam’s House Blend reported that an Arkansas newspaper erased the name of a man’s gay partner from his obituary. Change.org has an open letter to the editors that you can sign.

+Your BFF, aka the guy who was posing as Gay Girl In Damascus, apparently tried to nab a book deal as his alter ego. Gawker provided a link to the book of lies but also assured us that it’s terribly written so don’t even worry about it.

+ Lindsay Lohan failed a sobriety test and is back in court today.