Have a great week! Drink water!

Hallmark TV Chief Leaves After Dispute Over Same-Sex Wedding Ad and no one will miss him. Bye!✌🏾

Abby McEnany, The Creator of Work in Progress, Just Wants to Pee in Peace. Oh hey, this is a legitimately cute interview! 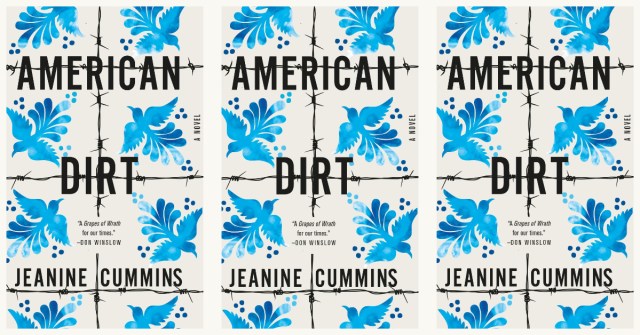 Yeah, I recommend skipping this one.

This one is for my book nerds. If you’ve been on twitter this week, you probably saw that people were upset over the new Oprah Book Club selection American Dirt by Jeanine Cummins. It’s about a migrant family making their way to the border, but many Latinx writers have called the work out as trauma porn and called Cummins out specifically as a white writer taking advantage of a story that isn’t hers to tell. OK! Those basics out of the way, here’s a really good explainer on what’s going on. Here’s an EXCELLENT editorial from queer Chicana author Myriam Gurba on the subject: Pendeja, You Ain’t Steinbeck: My Bronca with Fake-Ass Social Justice Literature .

(Also Myriam wrote a strikingly beautiful piece for us last year about anti-Chicanx and anti-Latinx violence, which you should also definitely read if you have time.)

(Last thing on this subject! But if you missed Latinx Twitter completely roasting American Dirt by writing parody tweets about “My Latinx Novel”, The Los Angeles Times has a hilarious round up for you)

Afghan Women Journalists Fight for Their Place In the Newsroom

15 Years After Katrina, a Fight Against ‘the Jim Crow of Climate Change’ Rages On in the Gulf Coast

What if Competition Isn’t As “Natural” As We Think?

People said that women had no place in the Grand Canyon and would likely die trying to run the Colorado River. In 1938, two female scientists set out to prove them wrong: The Wild Ones.

A hot tip for our white readers, “You’re so articulate!” is not a compliment. And 5 Other Phrases Your Black Friend Wishes You’d Stop Saying

And finally, This Is the Best Way to Avoid Someone at a Party. You can thank me later.

McConnell’s Impeachment Plan Is to Make Us All Give Up. He wants us to get frustrated, overwhelmed, and give up hope. We don’t have to let him.

Pete Buttigieg’s Husband Canceled Fundraiser at Gay Bar ‘Because It Has a Stripper Pole.’ I realize there’s a lot of pressure involved in being the first openly gay major candidate for President, but if you ask me, this kind of distancing yourself from your people isn’t a good look.