Hello, tops and bottoms! (And everyone in between or who resists categories / labels altogether in search of a brand new world, ofc.) Here’s the news we missed this week while I was hosting Ashley and Marine on my not-so-big comfy couch!

+ For LGBT seniors in Philadelphia, you can go home again:

A line of more than 100 like-minded seniors stretched down the 1300 block of Spruce Street in the morning hours, waiting to fill out an application to move into a first-of-its kind living community.

The John C. Anderson Apartments, just off of 12th and Spruce Streets in the heart of the Gayborhood, stands to become the region’s first haven for aging LGBT seniors. Currently under construction, the community features 56 one-bedroom units for those 62 years and over who make $33,000 or less a year.

Sacks, who lives solely on Social Security, says he will save more than $1,200 a month should he win a spot in Anderson. But more than the money, he says the move will also help him foster relationships – old and new – within the community.

“It’ll enhance the sense of community,” Sacks said. “A place to hang out that’s not a bar, that’s not sexually charged. It’ll just be a place for friends to be.”

+ “Sweet Cakes by Melissa” owners Melissa and Aaron Klein refused to feed the lesbos. Now, they’re shutting down. (OK, so they’re actually just moving the business back into their home.)

+ Bank of America discriminated against women. How refreshingly unique! Now, they’re paying out $39 million to try to make it better.

JK. This cat’s no Jesus. But he is the Mayor of a small Alaskan village! GET BETTER MAYOR STUBBS THE CAT. GET BETTER. 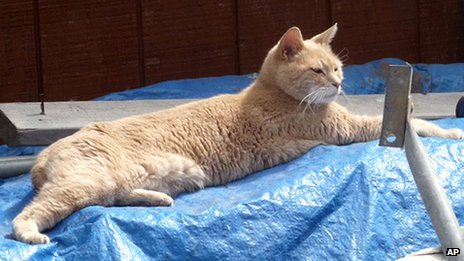 A cat which was elected mayor of an Alaskan town 15 years ago has been badly injured in a dog attack.

Stubbs the cat, mayor of Talkeetna – which has no human mayor – is receiving veterinary care.

+ Attorney General Eric Holder doesn’t give a f*ck what the law says. HE IS GETTING YOU YOUR BENEFITS. It’s like going on Oprah for same-sex spouses of veterans!

+ The New Mexico Supreme Court hath set a date for thy hearings on whether or not same-sex marriage is indeed okay. Someone should remind them that the real Supreme Court already did that.

+ A Pennsylvania judge will hear the case of rogue same-sex marriage licenses being issued by county clerks in the state beginning today. Let’s hope he’s impressed with our overall willingness to commit. 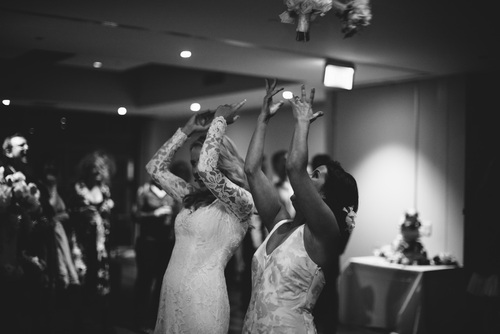 On October 10, 1987, nearly 7,000 people witnessed a wedding on the National Mall in Washington, DC. Men and women cheered and threw rice and confetti as family, friends, and community members took part in the largest mass wedding in American history. After the celebrants exchanged rings and were pronounced newlywed, guests released hundreds of balloons into the air. Brides and grooms, dressed in formal wedding attire, cried and embraced after an “emotional and festive” ceremony. Like so many brides and grooms, participants identified the wedding day as one of the happiest, most meaningful days of their lives.

But this was no ordinary wedding. And these were not typical brides and grooms. This wedding held special significance for its participants. Beyond the “mass” nature of the celebration, something else was unique. The newlyweds that fall Saturday paired off as brides and brides, grooms and grooms. “The Wedding,” as it came to be known, marked the symbolic beginning of nearly 2,000 same-sex marriages. Rejecting the idea that a wedding—and by implication, a marriage— should have one male and one female participant, the grooms and their grooms, the brides and their brides presented a striking picture.A wedding, a fairly conventional affair, became a site of radical protest. Layered in meaning, “The Wedding” celebrated the personal commitments of those being wed. At the same time, it was a direct political act that challenged the legal, religious, and social barriers against same-sex relationships.  Like couples before them, gay men and lesbians found they could use their weddings to make a statement about the world and the place of their relationship in it.

+ Again with the lesbian blues singers from 1920’s Harlem. 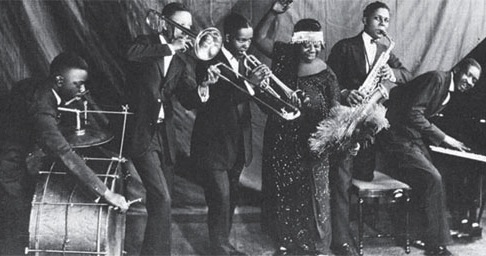 + Feministing’s new installment of “The Academic Feminist” is here!

+ The feds are spending $2.2 mill to get smart about lesbian obesity. I assume you have mixed emotions, and I’ll leave the clarifying of those to Lizz.

You Should Submit: More Than Marriage

Ooligan Press seeks creative nonfiction and personal essays from LGBTQ writers of the Pacific Northwest for the anthology More than Marriage(working title). The anthology will add fresh voices to an ongoing conversation about queer equality with the understanding that the national focus on gay marriage may not answer the most pressing concerns for many members of the community. These include, but are not limited to, experiences with healthcare and employment, definitions of family and partnerships that extend beyond the nuclear or monogamous traditions, definitions of home, and explorations of visibility and equality. What is important to you? We seek diverse perspectives and strongly encourage trans* writers, writers of color, and rural and working class writers to submit.

Authors should identify as LGBTQ. Submissions should have some relationship to the Pacific Northwest. Authors may submit works of no more than 5,000 words each to https://ooliganpress.submittable.com/submit. Please include email contact information and a 100 word bio.

Look! A female Lego scientist! Look! The potential for a world in which pretend lady scientists isn’t newsworthy! Oh, wait. Missed that one. 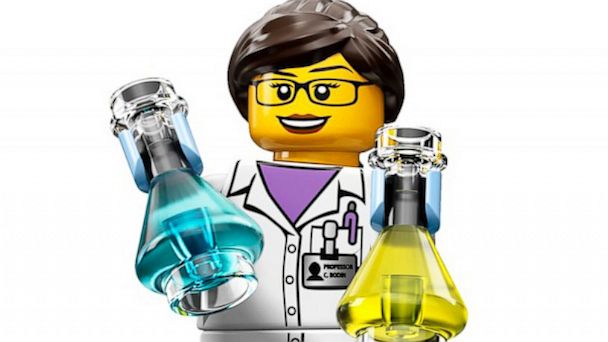 Lego’s first female minifigure scientist is breaking through the glass ceiling, one Erlenmeyer flask at a time.

Professor C. Bodin, Lego’s first female scientist, took the limelight this weekend as Lego introduced its Minifigure Series 11 to the world. Professor C. Bodin comes equipped with an impressive resume, winning the “coveted Nobrick Prize for her discovery of the theoretical System/DUPLO® Interface,” according to her bio. This Scientist’s specialties include “how to connect bricks of different sizes and shapes” or mixing two colors in one element.