Hello, cupcakes! Did you know that this week is the week where I ate multiple meals via finger foods? Here’s the stories we missed while I was opening another box of crackers.

Beyonce and Josephine Baker practice “bootylicious” feminism and Melissa Harris-Perry is kicking ass at this whole mom thing. And I melt.

Can We Blacklist These People

Speaking before a standing-room-only audience at CPAC on Saturday afternoon, Dr. Ben Carson — the former award-winning surgeon and current darling of the conservative movement — defended some of his earlier controversial statements and urged his fellow Republicans to not be “intimidated” by the “PC police.”

“I will continue to defy the PC police who have tried in many cases to shut me up,” Carson, who once compared same-sex marriage to bestiality and liberals to Nazis, promised an adoring audience of conservative activists.

There’s A Chance You Have Good Gaydar 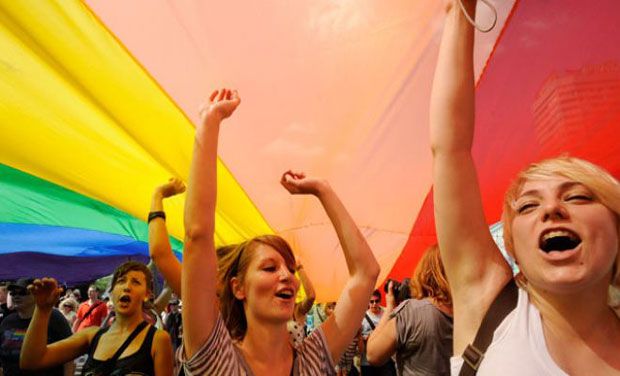 OMG WE’RE ALL SO GAY, I CAN JUST TELL!

Pop-Up Video, Only Not Really

In response to our complaints about the lack of diverse representations of women, women of color, transgender, lesbian, and gay folks, we’re often told that we should create the content ourselves. And the thing is, we do and have. Like Butler, we work to fill the void. We write the stories, create the web series, shoot trailers for films without a budget–all to manifest our stories for the cis white hetero male imaginations. And the gatekeepers of development budgets and distributors of our creative works are astonished by the public reception, the demand for more. The numbers show that the public will pay to watch movies and television shows with complex stories starring leads who aren’t white men.

These people have talent.

+ Annie’s back! And black! And if you have a problem with that, shut the fuck up.

+ Cate Blanchett and Katherine Heigl are queering it up on screen in the near future, which would be more fun if they were queer anywhere else.

Why aren’t we letting in LGBT refugees? WILL THE MADNESS EVER END. 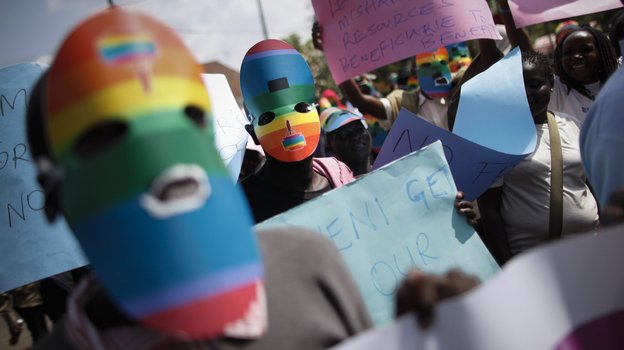 + The Dallas City Council is not down with anti-LGBT workplace discrimination.

+ The Fairness for All Marylanders Act is so fucking badass, and so are the lawmakers standing up for trans* rights by supporting it.

+ Kentucky’s Attorney General has really intense and complex and flawed emotions w/r/t their recently struck down ban on gay marriage. The good news is, he settled on not defending it.

Calling laws against same-sex marriage the last vestige of widespread discrimination in America, Kentucky Attorney General Jack Conway told TIME Tuesday he refused to continue defending his state’s ban on gay marriage because he feared he’d regret it for the rest of his life. “I know where history is going on this,” he said. “I know what was in my heart.”