Welcome to a new week! You made it! I’m already so proud of you.

Laneia will be back with you all on Thursday after she’s back from A-Camp. Thanks for letting me hang out in this space. It’s been such a joy to pull together these morsels for you.

Hey there, maybe you heard that my favorite writer and journalist Janet Mock is co-executive producing, writing, AND directing Pose — a new series about trans women and New York ball culture in the 1980s coming to F/X this summer! Pose premieres June 3rd and has the largest trans cast in television history!! Mock wrote an essay about her experience on the show for Variety.

“With Pose I would hold the pen, writing narratives that show the totality of what it meant to be Brown & Black, to be trans and poor & femme” – Janet Mock

Queer favorite Wildfang Expands to NYC with SoHo store. Shout out to the homies at DapperQ for getting all the beautiful pictures of the store ?

Tig Notaro got an in-depth interview in The New York Times.

And I’m sure you heard this by now, but Tig’s going to co-star as Jennifer Aniston’s wife in a Netflix political comedy about what if the President of United States was a lesbian. Maybe you missed the news, and if so, I am so excited to be the one that tells you! How did you react? When I first heard, I almost fainted.

Donald Trump and the disturbing power of dehumanizing language.

I can’t even make a joke about this: Trump to ban federally funded clinics from discussing abortion with women. And here is a easy-to-follow breakdown of what that means for your healthcare and the healthcare of your loved ones. (Hint: IT’S BAD)

Gina Haspel confirmed as CIA chief. The vote came despite serious concerns over her views on torture.

“You cannot be a feminist and support an immigration policy of taking children away from undocumented immigrant mothers” — On The Myth of Conservative Feminism.

Samaria Rice, the mother of Tamir Rice, who was killed by the police when he was just 12 years old, is opening a cultural center for children in Cleveland. It will kick off with a 16th birthday party for the milestone her son can’t celebrate.

Henrietta Lacks is getting the recognition she deserves as “The Mother of Modern Medicine” with a portrait in the National Portrait Gallery.

While we’re on the subject, my heart’s still mourning the lives lost in the Santa Fe School shooting on Friday. One of the first students killed was Shana Fisher, a classmate of the gunman who had previously and repeatedly turned down his romantic advances. Misogyny kills. From Teen Vogue, Teen Dating Violence is an Indicator of Gun Violence. 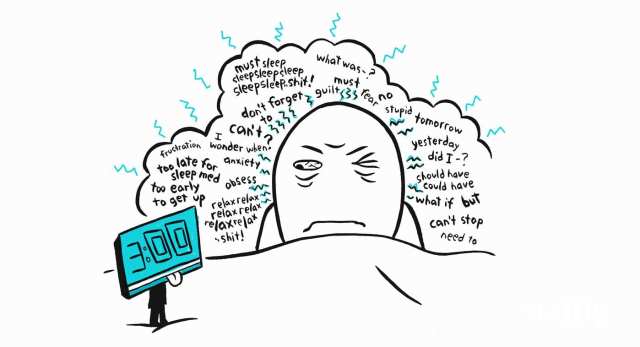 Check out this comic with gentle and practical reminders of how to combat insomnia, excerpted from Ellen Forney’s ‘Rock Steady’.

You Can Now Wear a Swimsuit That Looks Like Your Favorite La Croix Flavor This Summer. (I dunno, Erin once told me that La Croix is queer culture and I believe her about everything that’s trendy and gay)

At Grace Cathedral in San Francisco, Beyoncé Mass includes everything from a choir’s rendition of “Survivor” to sermons inspired by Queen Bey’s lyrics.

The awesome beauty of Jupiter, in 13 photos.