One of the more fascinating developments to come from decades of the queer community being kept in the public closet is the concept of flagging. Employing what is known as The Hanky Code, flagging is a discrete form of communication that uses handkerchiefs to express sexual preferences or interests based on a combination of variables including color, pattern, pocket or body placement, and material. It has most often been associated with gay and bisexual men, though it doesn’t belong to just them, and even though it was most prevalent in the 70s, according to the bear bar I accidentally walked into last week, the tradition seems to be alive and well.

This process of taking something not specifically intended for us and making it our own is a core facet of gay culture. And just as unexpectedly and completely did handkerchiefs get taken over by the queer community, so do others fall. Without warning and often without any real explanation as to why other than “it just is,” seemingly neutral things, people, places, and concepts can become gay culture. And once it’s ours, it’s ours.

Another example of this is our takeover of the refreshing, 100% natural, calorie-free, sugar-free, sodium-free, trending La Croix brand seltzer waters. First it was for Midwestern moms, then it was for social influencers, then it was for everyone, and now it’s ours. La Croix is gay culture. (While we’re on the topic: Staying hydrated? Gay culture. Water? Gay culture in that it is life, which is something we are constantly giving other people. The ocean? Gay.)

And not only has La Croix joined queer ranks, like flagging, its color-coding functions as a language of sorts. Here’s what you’re flagging with your La Croix flavor. (Originals only. Cúrate line is straight culture.) 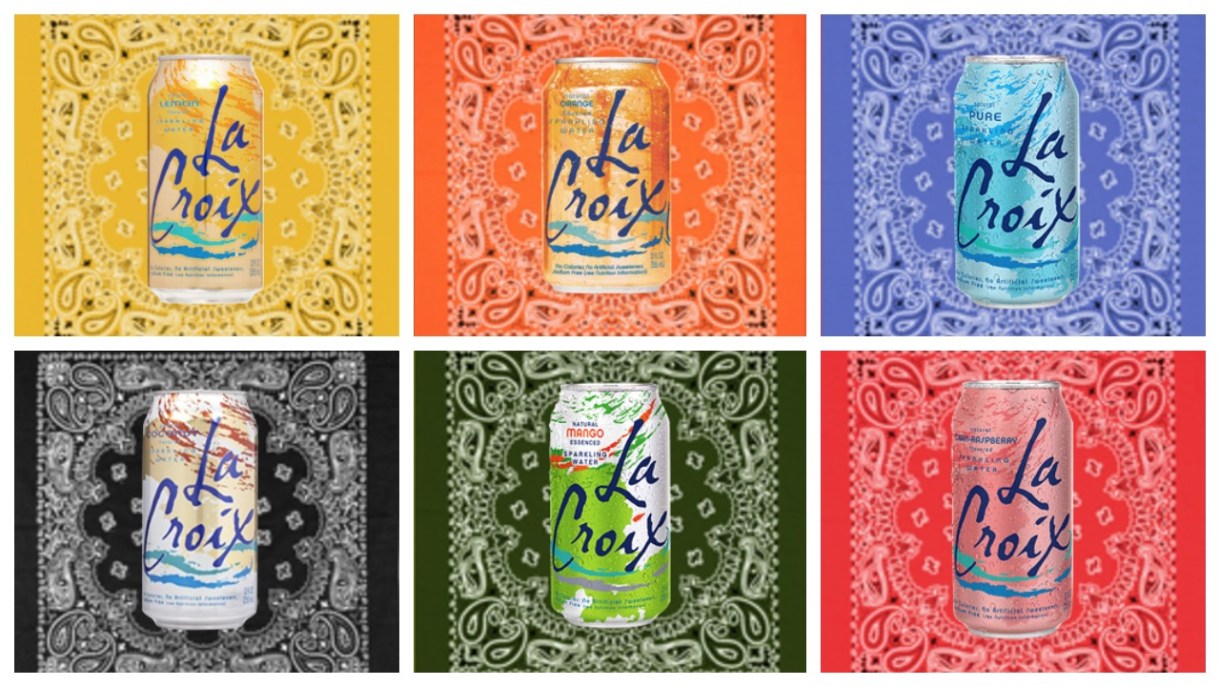 Person who considers liking a specific multi-cam 90s sitcom to be a defining part their personality seeking same.

Person whose brand has been Daddy for so long they’ve internalized the undertakings of Daddy as turn-ons when if really inspected might reveal a different story looking for Daddy.

Latex fetish. (Without a flavoring to distract you, this one’s very… dry? Like an astringent for your mouth, except it’s water, and you’ve paid for it. Seems counterintuitive and yet it satiates a need.)

Bottom with a good heart low key looking for the desexualization of queer spaces.

Miranda Hobbs in the streets Miranda July in the sheets.

Likes holding queer people accountable for their actions even if that means they’ll be ostracized from a community that is admittedly a necessary resource for them.

Anything goes. (Cran-Raspberry a freeeeeeak.)