This is a LOOONG ONE! So let me get of of the way quickly!

Love you. Drink your water and Keep fighting.

Jen Richards wants you to know her engagement wasn’t sponsored by Lex, but also? To quote Abeni: “it’s very gay and love is real” (And I want to add, if you’ve ever wanted to shoot your shot, if it can work for a Hollywood bi-con like Jen, it can work for you too!)

From Samantha Irby: “Why didn’t the person at the county clerk’s office warn me that my bride-to-be and I needed to have similar views on condiment storage before we signed our names on the certificate?” To Love, Honor, and Share Fridge Space

I don’t know if you saw this boss b*tch (Kristin Urquiza) do her thing last night at the Democratic National Convention:

@MarkedByCovid is run by these two women and volunteers. Me: a queer woman of color and @CKeeves a first generation queer woman. Just love that the queer children of immigrants are speaking truth to Mr. tiny hands. pic.twitter.com/db0FJEIvKJ

Remember last week when we talked about how adorable and sweet Holland Taylor is? Well we have more!! A little birdie dropped a note in my inbox this morning that Holland was a guest on the podcast LGBTQ&A and as a long time fan of that podcast, I feel confident saying the interview is you’ll enjoy and hear all kinds of new gay things (like when Holland literally says “I’m Gay” in that amazing smokey voice of hers, as just one example)

Rachel recommends this webinar and I recommend anything Rachel says because damn she’s smart as fuck: The TERF Industrial Complex: Transphobia, Feminism and Race

Dolly Parton Steers Her Empire Through the Pandemic — and Keeps It Growing. The interview that gave already gave such ICONIC quotables as:

“There’s such a thing as innocent ignorance, and so many of us are guilty of that,” she says now. “When they said ‘Dixie’ was an offensive word, I thought, ‘Well, I don’t want to offend anybody. This is a business. We’ll just call it The Stampede.’ As soon as you realize that [something] is a problem, you should fix it. Don’t be a dumbass. That’s where my heart is. I would never dream of hurting anybody on purpose.”

“Of course Black Lives Matter. Do we think our little white asses are the only ones that matter? NO!” 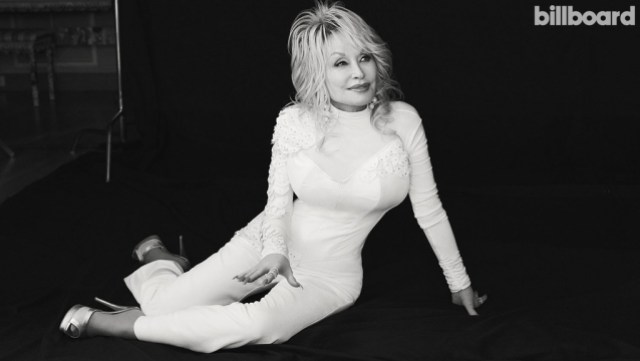 And that’s why I still wanna be Dolly when I grow up.

August Blues Are Like Sunday Blues, But for a Full Month. Listen. This take is not wrong.

Another podcast! What a week for podcasts! Kerry Washington & Gabrielle Union talk Black Motherhood with the Black History Year podcast from PushBlack. This includes Gabrielle Union discussing mothering her trans step-daughter Zaya Wade and it was so gripping!! I stopped reading my book and listened to every word.

Michigan’s ‘Tampon Tax’ Challenged in New Lawsuit. I live in Michigan and I approve.

Who Gets to Go outside during a Pandemic? The belief that “Certain People” are ruining the outdoors has been a prevalent idea for a very long time, especially among white people.

When Trump Calls a Black Woman ‘Angry,’ He Feeds This Racist Trope. The Cheeto’s use of the word to describe Joe Biden’s vice-presidential pick, Kamala Harris, plays off a violent stereotype with a century-long history. It’s not a dog whistle. It’s a siren. Call it out.

You Still Need A Vacation. Yes, Even Now. YES, YOU!

Today is 100th anniversary of the 19th Amendment, which gave “women” the right to vote. Though I’ve never much paid attention because as a Black Puerto Rican woman, it sure as hell didn’t cover my ass. Which is why I very much appreciated this take from Iris King at Zora: A Non-Whitewashed History of the 19th Amendment and Women’s Right to Vote

Cardi B and Joe Biden Talk the State of Our Nation. I know that some of you will see the headline and jump to make an obvious joke, but seriously — Cardi’s political analysis often comes through in a big way. I haven’t read this interview yet, but I definitely wouldn’t make assumptions.

And in other “musicians are talking about politics now” news: Fiona Apple on the Election, What Scares Her, and Her Anti-ICE Short Film

“What Democrats — or more broadly, an American left — have in front of them is a wave of new (or in some cases newly revivified) ideas, from the Green New Deal to Medicare for All, from a wealth tax and baby bonds to defunding the police and making college and day care free, abolishing ICE, decriminalizing border crossings, reforming the courts, abolishing the filibuster, and reimagining care work as part of the federal infrastructure.

But the big voices pushing for new solutions aren’t being elevated by the party they’re actually trying to push into a future they want to make more just, more inclusive, and more functional than America’s unequal past and present.

Instead, Democrats have decided to host a convention that feels like the ‘This is fine’ meme in which the Democrats are the dog, and the rooms they will be speaking from are on fire.”

As the Democratic National Convention continues to loom large this week, some thoughts to keep in our minds about who’s not being welcome on the stage. AKA: REBECCA TRAISTER SAID WHAT TF SHE HAD TO SAY! (And a small update, that in no way changes what’s above: “Instead of giving the 2020 keynote to one person, the Democratic convention has decided to split it up among 17 of the party’s ‘rising stars.’ Seven of the speakers will be women. Five are women of color.”)

“We are watching an authoritarian in action before our eyes. And we haven’t woken up to the significance of what we are seeing.”  Just How Far Will Trump Go?

And to that end, in case you missed it, here are Michelle Obama’s complete remarks from last night’s opening of the DNC. I don’t know what to say… it was perfect. She’s perfect. And that’s that on that.

“If you take one thing from my words tonight, it is this: if you think things cannot possibly get worse, trust me, they can.”

(And here’s a full transcript. And here’s some analysis.)