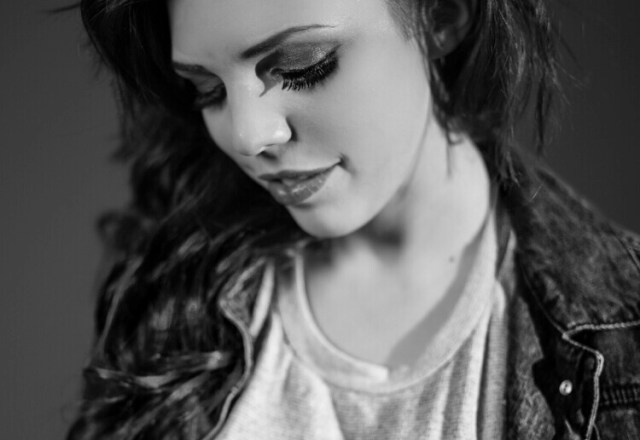 Kelsey is a Chicago native who writes and performs a pleasant blend of indie, pop and soul. Kelsey’s been around, she’s done some impressive things. Maybe you’ve already heard her on KISS FM and POWER 92 or seen her on The Voice or American Idol or watched her on stage at Chicago’s Metro or House of Blues. And if you haven’t, boy are you in for a TREAT.

Late last year Kelsey released a 4-track EP called A Delightful Sadness that’s ridiculously good. It’s my new walking to work music because it’s uplifting in a way that guarantees my day gets started right. “Out of Sight” (below) has one of the best pop hooks I’ve heard this year while “10,000 Bombs” reminds me of Adele, I’m mean that’s the kind of talent we’re talking here. I encourage you to go and download her EP (for free!) right this minute. Don’t forget to come back and read the interview though.

What instrument(s) do you play?

I started playing guitar when I was about 14. I play piano as well but I typically don’t play it live. I usually use it as a writing tool more than anything else.

Probably “Out of Sight” ft. Chance the Rapper. Spring is finally breaking in Chicago and it’s been putting me in a really laid back mood. And the making of the music video was just as fun as it looks!

I don’t know if it was the first record I ever bought, but Fiona Apple’s Tidal is the first record I remember devouring and obsessing over. I was about ten years old when my aunt gave me the record. I listened to it on repeat all day and fell asleep to it at night. I think the last record I bought might have been Typical Cats‘ self-titled album. I love me some bad-ass Chicago hip-hop!

Spice Girls. I’m not kidding. I stayed in a few Saturday nights ago to watch Spice World and I loved every second of it. They will always be my jam. Girl Power baby!

Anything that makes me feel something out of the ordinary. Love, relationships, music, dreams, sex, drugs, heartbreak, family, friends, beautiful memories, horrible memories. I like my emotions to get riled up a bit. It makes for the best writing!

Would you date a person whose favorite artist/band was your least favorite?

Hm. If it was just one band/artist that we disagreed on I may let it slide after a few heated debates and arguments, maybe. But if it was a constant thing, well, we would probably have to re-evaluate the relationship at some point.

Have you worked any terrible jobs to pursue your career?

I am always working terrible jobs to pursue my damn music career! I still have terrible jobs! But the worst was probably a couple years ago. I was working at a bingo hall in Oklahoma for a short period of time when I was travelling through there. It was a huge cafeteria room, with horrible cafeteria lighting. And all the senior citizens in Oklahoma would pile in, play bingo and chain smoke for HOURS. It smelled like one giant ashtray. And all the seniors were really angry for some reason and took their bingo very, very, very seriously. It was a very bizarre place… But anyways, I love what I do. And I’ve had a lot of amazing experiences that have come from it. I actually feel lucky to have something I love so much that I will pursue it blindly and passionately. It makes all the sacrifices and crappy jobs seem worth it.

If you could share a line-up with any other two artists who would it be?

I just recently discovered singer-songwriter Lianne La Havas. I think she is very authentic and creative as an artist. I can’t stop listening to her song “Forget”. I would love to share a bill with her. And then I would probably say Lana Del Rey. I know she has a reputation for being bad live but I think she is so talented as a writer. And she does the whole retro femme fatale thing really well. I would do a show with her just so I could talk to the girl!

The last book I read, or almost read was Glamorama by Bret Easton Ellis. But for some reason it couldn’t really hold me. I got more than half way through and then just forgot about it. I hate not finishing books! But then I was at my mom’s house and she gave me The Mists of Avalon by Marion Zimmer Bradley and I can’t put it down now! It is so interesting! But the last book that I fell completely in love with would have to be Middlesex by Jeffrey Eugenides. Read it. It is so strange and beautiful.

What environment do you write in?

I tend to write in my messy, cramped little room in my apartment. I’m really weird. When I write and I don’t like anyone to hear what I’m doing. But my apartment is really small, so if I get inspired to write when my roommate is home I usually will be in my room playing guitar or keys and whispering the lyrics so no one can hear me. Which probably makes me seem insane, now that I think about it. And lately, once I get the basic melody down I have been finishing the lyrics in my head on the train to and from work.

Though I want a furry friend so badly, I don’t even know how to take care of myself half the time, let alone a pet! At this point in my life, I pull way too many late nights and travel unexpectedly to have a pet. But one day when my life settles down a bit I think having a pet would be amazing.