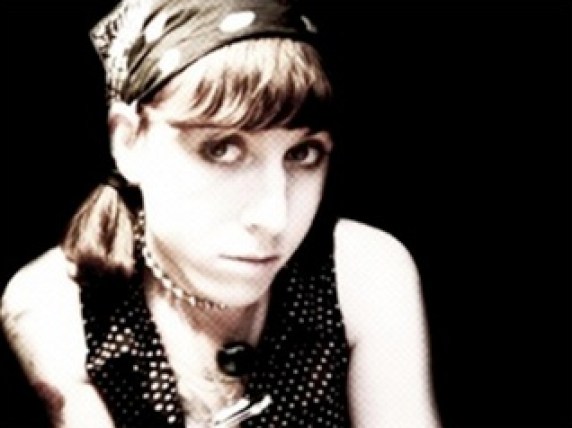 Dalice Malice is a loud queer trans folk singer and multi-instrumentalist who kicks around Chicago, plays two types of ukulele and knows how to rock a mandolin and rainstick. She’s spent the past decade singing songs for strangers and friends, recording and releasing a heap of records and working toward her dream of one day opening for Ani DiFranco.

On April 18 Dalice Malice is playing a show in Chicago and you’ll probably want to go check out after she charms you below.

As one of my partner’s says: I’m a folk singer, but loud.

A demo of my newest song, “Horror Show”.

Music is like sex: as long as you’re not hurting anyone, you shouldn’t feel ashamed of what gets you off. That said, I do have Aqua’s album, Aquarium, in my iTunes library.

Harvey Danger’s Where have all the Merrymakers Gone.

When you’re famous what will be the name of your autobiography?

I just finished the 2008 Guardians of the Galaxy series, because I’m a nerd.

What is the best concert you’ve been to?

By far, best concert: Chinese Happy‘s album release show for their album Rampage. In the middle of the set the guitarist got into a kiddie pool and was covered in sugar. For real.

No. But my partner has a kitten who’s part cyborg.

Dalice Malice is performing at the Hard Rock Cafe, Chicago on April 18th at 8pm. If you wanna go along to support then you can purchase your $5 tickets here.