Director Jamie Babbit, who brought Natasha Lyonne down from the heavens and delivered us But I’m A Cheerleader has once again bestowed upon the lady-loving community a dark and twisted comedy: Addicted to Fresno. At once completely deranged and oddly sweet, Fresno follows two sisters in a codependent relationship in which Martha (Natasha Lyonne) habitually picks up the pieces behind recovering sex addict Shannon (Judy Greer). And in case you were wondering, yes, Lyonne plays a lesbian. 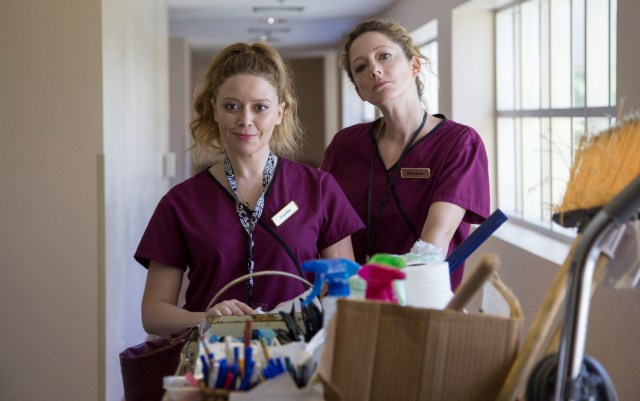 The film premiered on September 3rd at the SVA theater in New York as part of NewFest, in partnership with OutFest and the Film Society of Lincoln Center. The screening of this particular film kicked off an effort to showcase more films by queer women. While queer women are certainly represented on screen, it’s really the brains behind the whole outfit that make the film uniquely suited for this mission. Babbit’s wife, Karey Dornetto, wrote the screenplay. 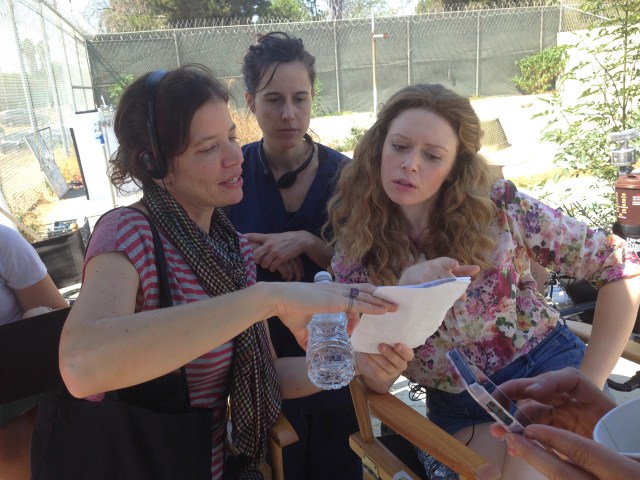 Both Babbit and Dornetto have established themselves in the industry without pigeonholing themselves as queer artists. Babbit directed eighteen episodes of Gilmore Girls; Dornetto started out as a staff writer for South Park. It is precisely because of their diverse and varied resumes that the writing and direction of the queer relationship in this movie is just so perfectly NBD. There’s nothing sensational or special about the courtship between Martha and her wry karate instructor, Kelly (Aubrey Plaza). It’s just as awkward and confusing as any other dating-your-physical-trainer scenario might be. Okay, there is that one scene with all the lesbian softball players fondling massive purple dildos. That did happen. 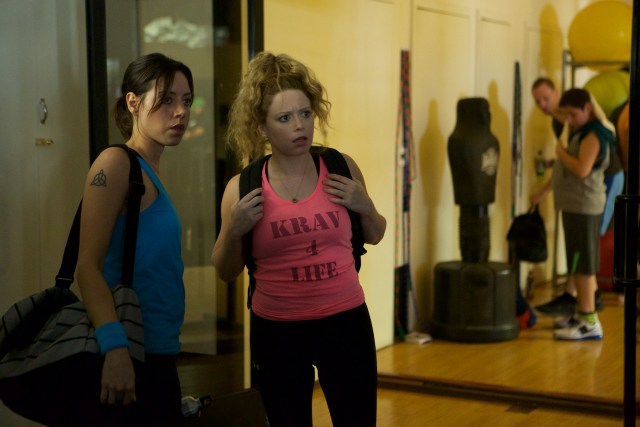 Fresno is a perfect example of how women are an underappreciated and untapped source of cutting edge talent. Sure, the dick jokes abound, but I can’t remember the last time I heard a dick joke that was actually funny until I saw this movie. Given the opportunity, women can make (and are making) indie content with mainstream appeal. At the Q&A after the September 3rd screening, Jamie Babbit made certain to thank Gamechanger Films, which finances woman-directed films in an effort to close the gender gap in filmmaking. An admirable mission, and one that brought us this spunky little gem.

A murder, Fred Armisen, a bar mitzvah and Molly Shannon. What more can I say? The movie is a barrel of laughs, and the cast is chock full of comedy royalty. After what feels like a marathon of raunchy humor and aggressively casual sex, the film has some trouble tying up its loose ends, but it’s well worth the ride. You can download Addicted to Fresno on iTunes, stream or rent it on Amazon, or catch it in theaters beginning October 2nd.