I should probably write about being excited, and I am, but if I’m being totally honest at least 30% of it is about not having to think about planning a wedding any more. I’ve always been more excited to marry Shannon then to get married to Shannon, which I believe is how it should be, but I’m especially looking forward to my brain and free time back. It seems ironic to have to ignore a partner you love so you can get stuff done related to a partner you love, but normally Shannon and I go out often and get or make dinner and see friends or don’t or go for walks or drives or explore and generally spend a lot of time intentionally immersed in each other, and it seems ridiculous that planning a wedding together has cut down that time. And this wedding isn’t even especially big or complicated — the life things around it sure are, and Saturday at sunset is standing tall and bright and not just because everything needs to have been long done by then, but at the heart of it we are having 20 people show up at a place we don’t have to do a ton to, with drinks, and then going for dinner at a restaurant after. Or scratch that: at the heart of it we are saying that we love each other and articulating our relationship agreement in front of a small group of people that we love and also a livestream of additional people that we love, and coming back to that over and over — and not even writing my concerns about the livestream and just finishing this sentence — is what is getting me through. 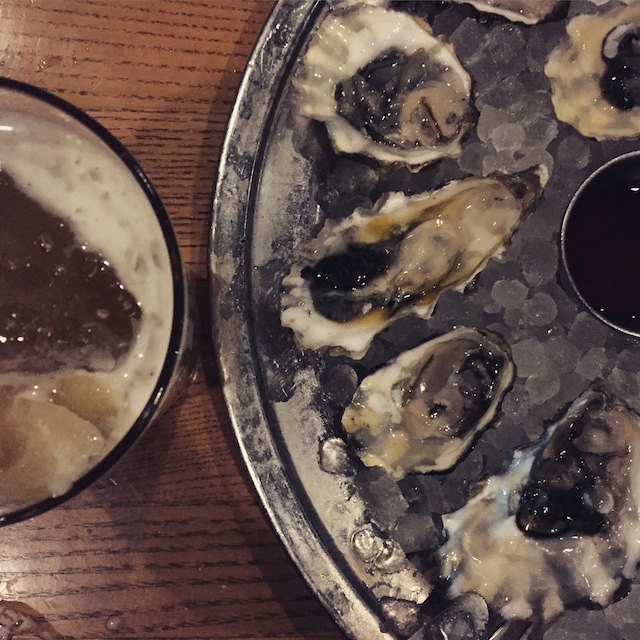 one night we did get out of the house though

41. There is (probably) too much to do the day before.

On Friday, Shannon and I are planning to go work out, shower like humans, pick up the marriage license we applied for online by 8:30 a.m., have our regular work mornings, make noon nail appointments, pick up suits at the dry cleaners near Shannon’s work and my dress and hat far from Shannon’s work, have dinner so that our families aren’t meeting for the first time at the ceremony and rehearse a little afterwards. And ideally be in bed by 11. Also other people are in charge of acquiring booze and snacks and ice and coolers and chairs and rented speakers and so on at some point in here and I am a totally well-adjusted and reasonable person who can let things go but also what if everyone has to stand around without wine in a totally silent yard and we don’t even have hummus.

There are a few things to do Thursday and Saturday (candles! final work things! laundry probably!) which also seems ill-advised but oh well. Mostly I’m worried because Shannon has what looks like food poisoning right now and the last time this happened she was sick for 10 days. This is less of a “hopefully we can still get things done” and more of a “hopefully she is not ill during the wedding or the subsequent honeymoon for which we did not get travel insurance and have no contingency plan.”

39.4. Just spending every day freaking out about my dress it’s fine I’m fine.

Dress #2 was out of stock and I got the cancellation notice yesterday night and so I’m pretty much stuck with dress #1. I took it to get it hemmed and the awesome tailor decided to lend me a vintage hat that matches it perfectly and also pointed out that 50% of what I am worried about in regards to the dress will be taken care of by hemming and maybe some spanx and that it looks fine and I should not worry as much.

42. There is more paperwork after the wedding.

I can apply for my social security number now because I’ve been in the country for over two weeks, so I have to do that. I can submit a change of status application and request a temporary work permit as soon as the marriage certificate comes back but not before, but in the meantime there’s sorting out that application to handle. I will actually have to deal with a US bank account soon probably.

3.5. The decor is coming together.

So after I decided not to worry about flowers much any more we had a breakthrough with “candles” as an obvious yet hopefully pretty concept and so Shannon spent about an hour decorating 200 LEDs with sparkly gold washi tape for us to sprinkle everywhere and I’m excited about how they turned out. 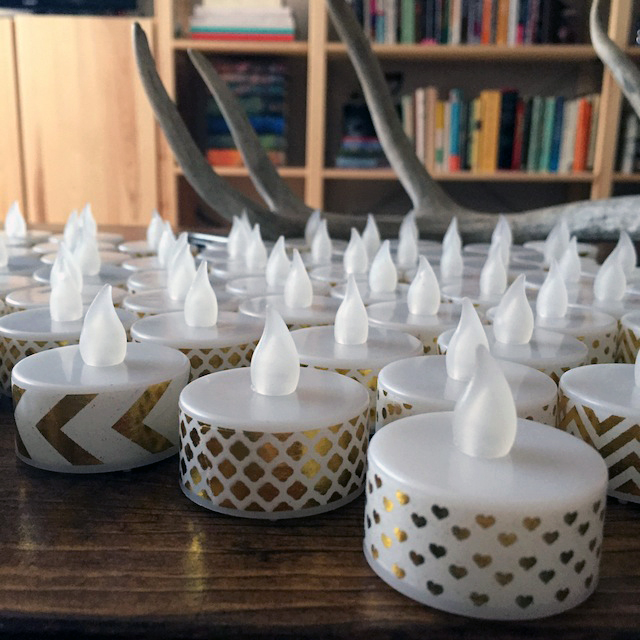 the antler is also part of the wedding decor, mostly because Shannon wanted an excuse to own an antler

We were originally planning to do our own hair and makeup. Investigation into the matter (read: I got a hair cut and liked the way it looked styled after) revealed it would be best to get our hair cuts cleaned up early Saturday afternoon and so now someone is doing my hair. Also it turns out a friend is a makeup artist and she’s going to make us look hot.

Shannon’s parents have volunteered to get us booze, which is very generous of them and naturally the subject of anxiety for me, because people offering to do things for me is apparently stressful? The same goes for the friend who kindly offered to pick up our brunch order from Porto’s; for the restaurant that is almost certainly capable of fielding a few minor dietary restrictions; and for my parents who are making sure the place we’re getting married looks ready so I don’t have to.

I’m not saying any of this is rational; I’m saying that this week has involved a lot of needing to let go of all the things I can’t have total control over and I’m not good at that and I don’t like it but also maybe that’s okay.

I mean I had to. Probably the officiant wants to kill me. Shannon deposited me at a coffee shop and I stayed for a few hours and then I spent a few more hours on Tuesday and I have something now. There are still a few places that I’m not happy with or haven’t figured out and the editor in me wants it 20% shorter and the person getting married in me wants it a little longer so that it feels more real but most of it’s done and written and I’m so relieved.

I think the ceremony would have been a lot more efficient to write if I hadn’t been obsessed with making sure The 1975 lyrics were in it. Or if I hadn’t spent so much time reading poetry that turned out to be too sexy to include, or potentially too morbid, like this from Adrienne Rich’s Twenty One Love Poems: 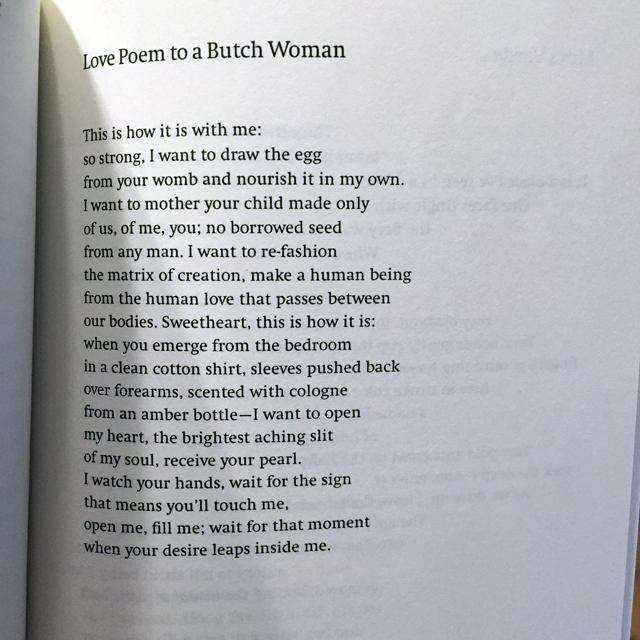 in addition to not wanting kids, this seemed too sexy for our grandmas

Since the beginning of this series, I’ve emphasized that my marriage has a lot to do with immigration, but it’s not a marriage for immigration. And I’ve been really, really excited about it, as a step to just being with Shannon in person, and as a step in our relationship, and for what it means for us and for other people. So what changed?

I’m older, obviously, which I note not as a “oh you get older and then you want certain things that would have felt ridiculous before” thing — people can know what they want (or not) at any age — but because for me, a few extra years gave me the opportunity to see all different kinds of relationships defined in all different ways. Anything can look like anything if everyone agrees to it. Even though I knew this with my brain, it hadn’t occurred to me until a few months ago that being married could look like anything we want it to.

We live together for now, but we’ve discussed a future with a flexible living situation in the event that becomes what works for us. We’ve talked about and rejected kids, animal adoption and totally shared finances. We’re not monogamous and not going to be. No one is taking anyone’s name. The only time the patriarchy appears in our relationship is when we recreationally subvert it.

There are these things, and a hundred other things, that we have decided, and that we can revisit if we need to, and that are just ours. Our thing doesn’t have to look like anyone else’s thing. And it won’t. 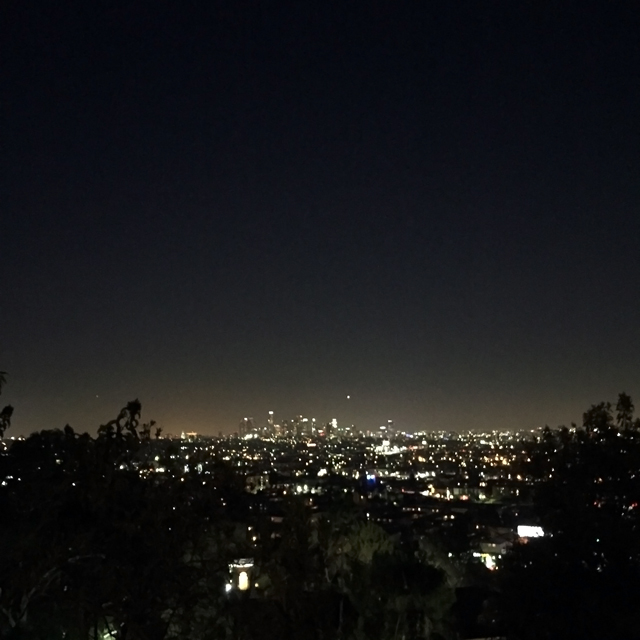 Carolyn has written 989 articles for us.