You may remember our coverage of the #ProTransProChoice campaign back in January. The campaign, organized by Beck Martens, Alice Wilder, and Calliope Wong, called on Planned Parenthood and NARAL to use more trans-inclusive language in their advocacy work.

That’s the reality we live in, and the more we pretend otherwise, the more dangerous it is for other people, and the more they are excluded by the movement. Gender is this thing that we make out of so much shit. The way we hold our hands, the length of our hair, the shape of our face, what we wear, our voices, etc. But then, for some reason, when we got to the question of what is it really, we go to what lives between your legs.

Even though that’s not how we make gender and that’s not how gender works. It’s in that assumption that gender lives in our crotches, that we end up erasing the reality that men can have abortions, men can get pregnant and give birth.” 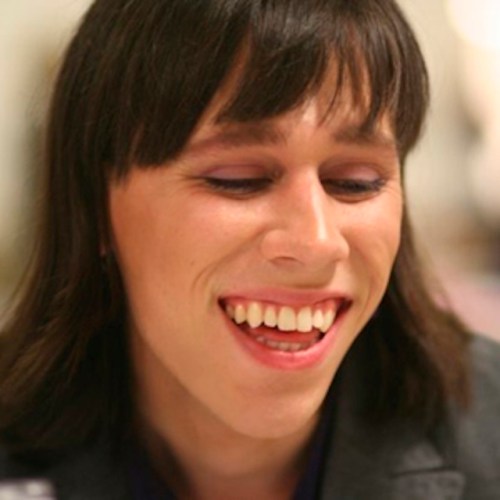 Finally, some reproductive health and rights organizations are taking note. Last week, Fund Texas Choice, formerly Fund Texas Women, released a statement about their name change and shift toward gender-inclusive language. The name change was approved unanimously by the Fund Texas Choice board. In their statement, they explain that the decision was based on their mission to ensure access to abortion and stated: “…With a name like Fund Texas Women, we were publicly excluding trans* people who needed to get an abortion but were not women. We refuse to deny the existence and humanity of trans* people any longer.”

Fund Texas Choice will be updating their name on all materials, writing a new gender-neutral language policy, and adding questions to their hotline intake that will “make space for queer and trans* callers to let us know their specific needs.”

On May 21, 2013, the New York Abortion Access Fund made a similar change to become a more gender inclusive organization. They said in their statement: “We want to make sure that NYAAF isn’t just working toward every woman’s right to access affordable abortion care, but every person’s right, regardless of their gender. We realized that embracing gender inclusivity is about more than not assuming the gender pronouns that our callers use or replacing “woman” with “people” everywhere on our website. Becoming gender inclusive is an important part of our values as an organization.”

In their values statements, the New York Abortion Access Fund declared, “We recognize that systems of oppression, including racism, sexism, classism, homophobia, transphobia, and others contribute to systemic injustices in the healthcare system. NYAAF is committed to recognizing and addressing these barriers to the best of our ability.”

It is too easy to fall into the habit of talking about the “war on women” and “protecting women’s health.” As reproductive justice activists, we have to keep holding ourselves and leaders in the reproductive rights movement accountable for our language. Hopefully, including transgender and gender noncomforming people in the conversation about reproductive health will become a growing trend among abortion access and reproductive health organizations in the future.