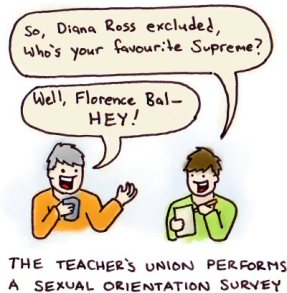 In a statement, the agency said:

“There are a number of problems with this situation, even apart from the fact that the reliability of ‘phallometric testing’ is questionable, since it is dubious whether it reaches sufficiently clear conclusions to be used as evidence in the processing of claims and in possible subsequent legal proceedings. This oblique practice would in any case not be appropriate as regards people who are bisexual.”

According to the BBC, the Czech Republic’s interior minister “reacted angrily” to the claims and said that so far, fewer than ten tests have been conducted and all have had the applicant’s full written consent. Also according to the BBC, this issue first came to light after a German court refused to send a gay Iranian man to the Czech Republic because he would be subjected to the test.

The devices first came into use in Czechoslovakia in the 1950s as a way to verify that men claiming to be gay in order to avoid military service really were. PPGs have also been used to determine whether sex offenders are likely to re-offend. As many as 20% of Canadian treatment programs for adolescent sex offenders, and 10% of American ones, use penile plethysmography to determine whether treatment will be effective. Last July, a Canadian tester was charged with sexual assault. Additionally, evidence from PPGs has been proven inadmissible in both Canadian and American courts. 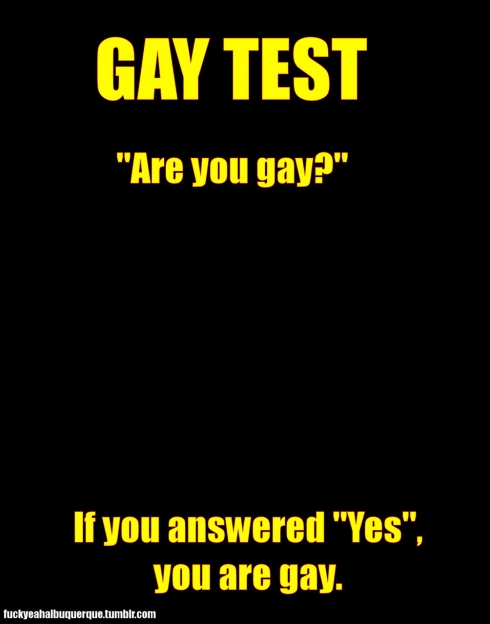 In 1966, researchers said that “conclusive means to identify homosexual subjects was still out of reach.”

Which doesn’t explain why people keep trying to find one anyway.

There have been studies that say being gay might be genetic.

It may or may not have to do with your mother.

Or your brain structure.

And gaydar can be just as complicated.

A girl in a plaid flannel shirt with skinny jeans, combat boots, and another girl attached to her by the lips is probably gay, but she could also be a hipster with a drinking problem (or both). Similarly, even though there have been lots of studies showing that more lesbians and gay men are left-handed, or that in some cases brain structure can be different for non-gay people, it takes a very special type of person to go up to someone at a bar and say hey, baby, is your anterior commissure* larger or are you just happy to see me? And, I would suggest, federal governments are not that type of person.

Simply put: there is a reason that none of the tests meant to determine whether or not someone is gay work, and that reason is that everyone is different. Right now, while there are theories about genetics and environment, no one’s too clear on what makes people go gay (though there is reasonable evidence that looking at hot girls in menswear may play a role). 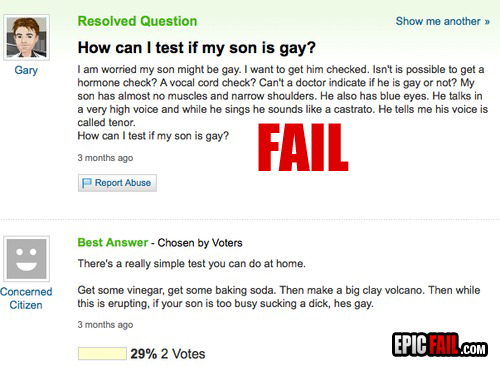